Raeford, N.C.- The 2014 USEF National Single Horse Driving Championship came to an exciting conclusion on Sunday in the cones phase of the Southern Pines CDE. On another beautiful day at the Carolina Horse Park, 2013 Champion, Leslie Berndl, held her nerve to drive a near flawless effort over Richard Nicoll’s cones course to retain the title. 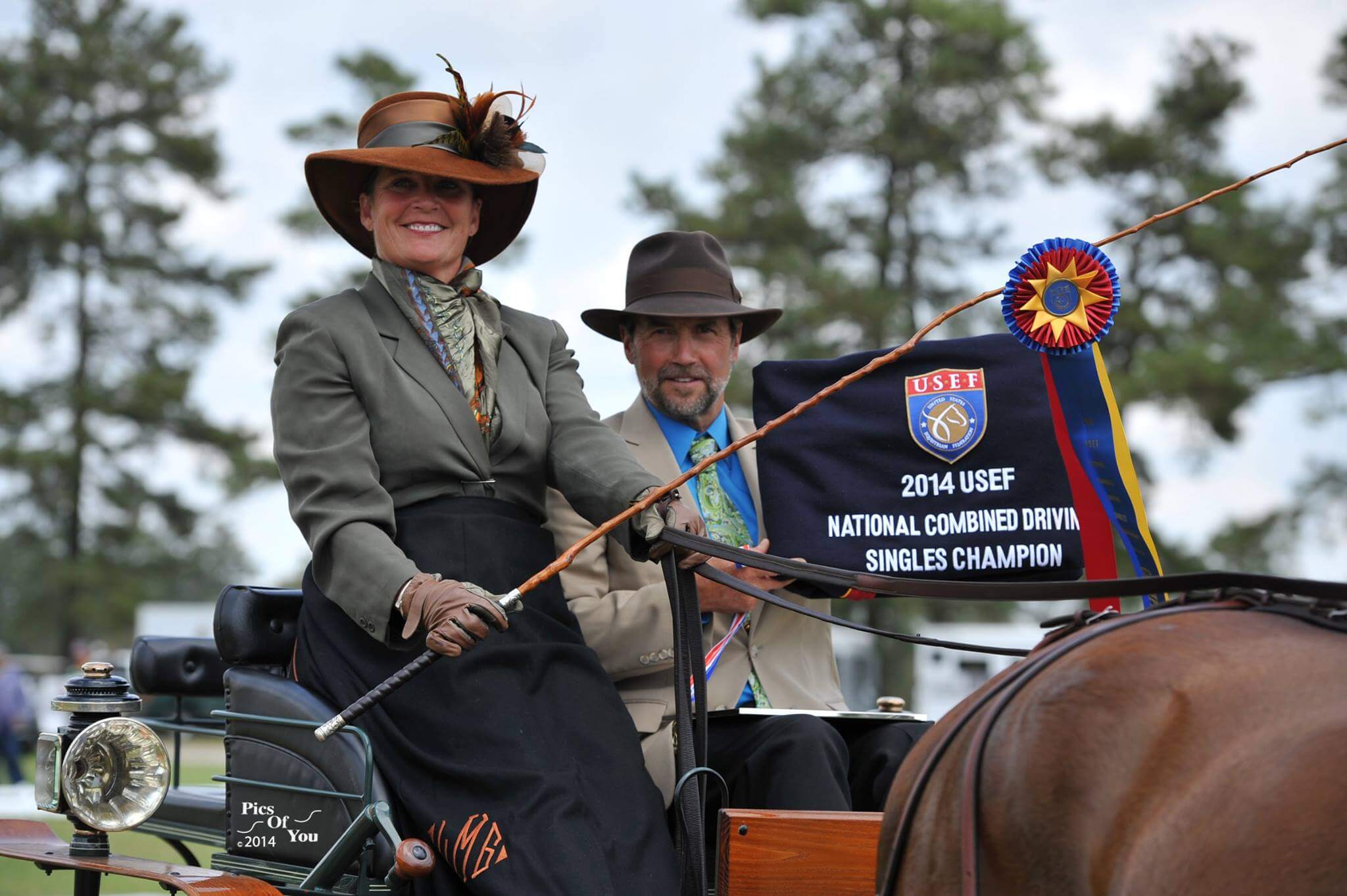 Berndl (Newcastle, Calif.) and 13-year-old KWPN gelding Uminco, were the final competitors to tackle the cones course in the championship finishing within the time allowed and only dislodging two balls to add six points to their overall score. They finished on a total of 119.67 on weekend that surpassed expectation for the World Championship veteran.

“It was amazing, just amazing,” said the back-to-back Champion of her time at the Southern Pines CDE.

Berndl spent the winter training and competing in Florida and came to the Carolina Horse Park with her sights firmly set on claiming the 2014 title.

“It doesn’t feel real,” said of Berndl of winning the USEF National Single Horse Driving Championship for the second time.

Earning Reserve Champion honors was Suzy Stafford (Wilmington, Del.)and PVF Peace of Mind on a score of 122.43. The 2011 FEI World Driving Championships for Combined Ponies Individual Silver medalist and her own seven-year-old Morgan mare added 2.8 time faults and three penalties for a single ball down on the cones course to finish less three points behind Berndl.
Finishing in overall third place was Donna Crookston (Saltsburg, Pa.) and her own 18-year-old Morgan gelding RG Cowboy’s Black Cadillac on score of 140, rising one place after the marathon as the only entry to drive double clear on the cones course in the Single Horse division.