The Championships culminated with the Horse Fours class, narrowly won by Daniel Naprous, following three and a half days of intense competition. This was only the second time the venue at Bywell in Northumberland had been used for a driving event with beautiful flat arenas and undulating marathon tracks with stunning views over the River Tyne valley.

Final scores in many of the classes were close with the lead changing throughout.

The Para Drivers Championships, held in conjunction with the BC Championships for the first time in its 10 years of existence, was won by Katie Eyres. Only 4 competitors in this class as two others who were eligible contested the able-bodied classes.

Severe winds on Friday sent arena boards flying interrupting some tests but luckily the rain held off throughout the weekend.

A problem for Mary Kusin in Obstacle 5 resulted in a turnover for BC’s Executive Officer who was taking holiday to compete. Mary managed to hold the ponies but a long pause in proceedings followed. A broken hip and leg required some stabilisation before the competition could recommence.

A great party atmosphere had the marquee rocking until midnight each night and combined with early starts resulted in some tired competitors, grooms and helpers.

2020 will be a 3 day event with the Championships moving to Ashfields Carriage and Polo Club. 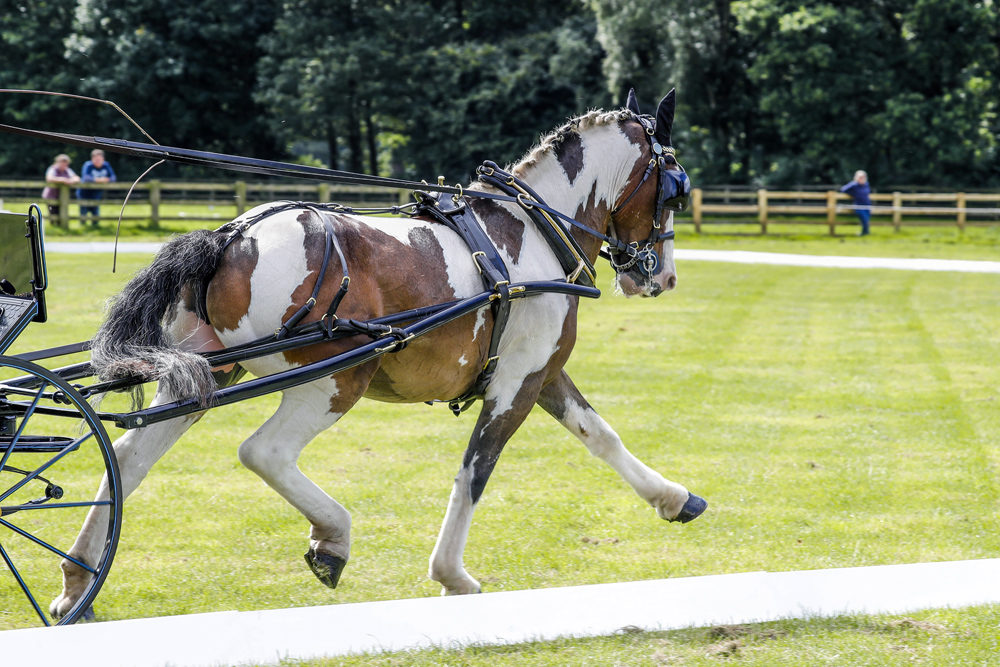