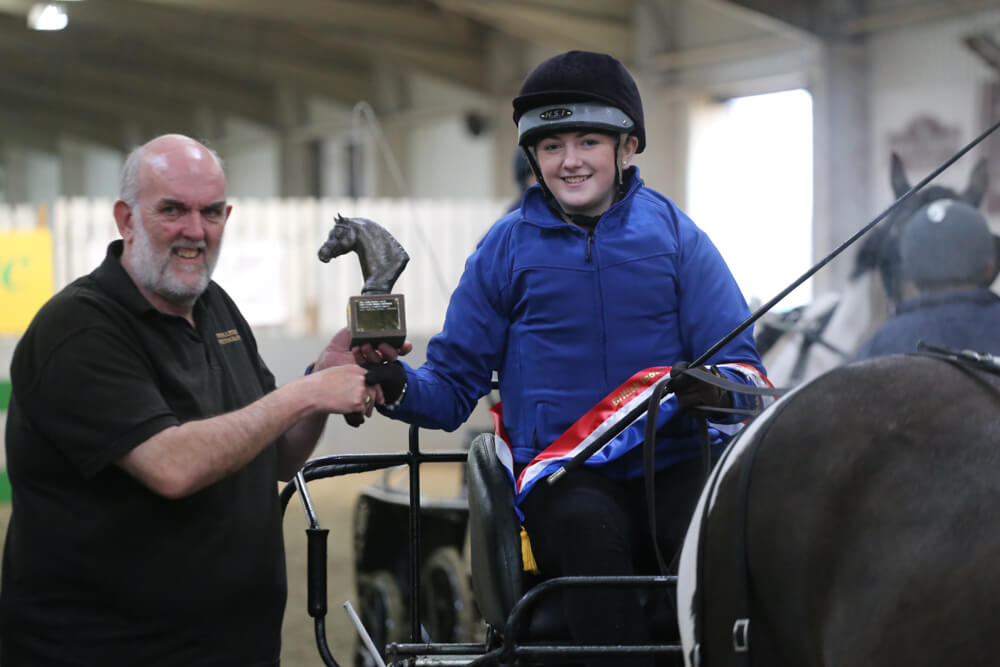 No three-phase event in the British driving world compares with the ICD-UK Finals: quiet calm and harmony reign for dressage; the cones course is 64 seconds of exciting, challenging driving, right in front of the spectators; the third phase, obstacle driving, against the clock, is accompanied by deafening cheering, screaming and clapping from the enthusiastic audience. Not only do the horses and ponies have to maintain their concentration in that atmosphere but the driver and backstepper must remain cool and focussed too. Standards of performance continue to rise and the young drivers coming through are gaining valuable experience throughout the winter season that they will build on this summer. There is nothing to match ICD-UK for making driving champions, now and in the future. 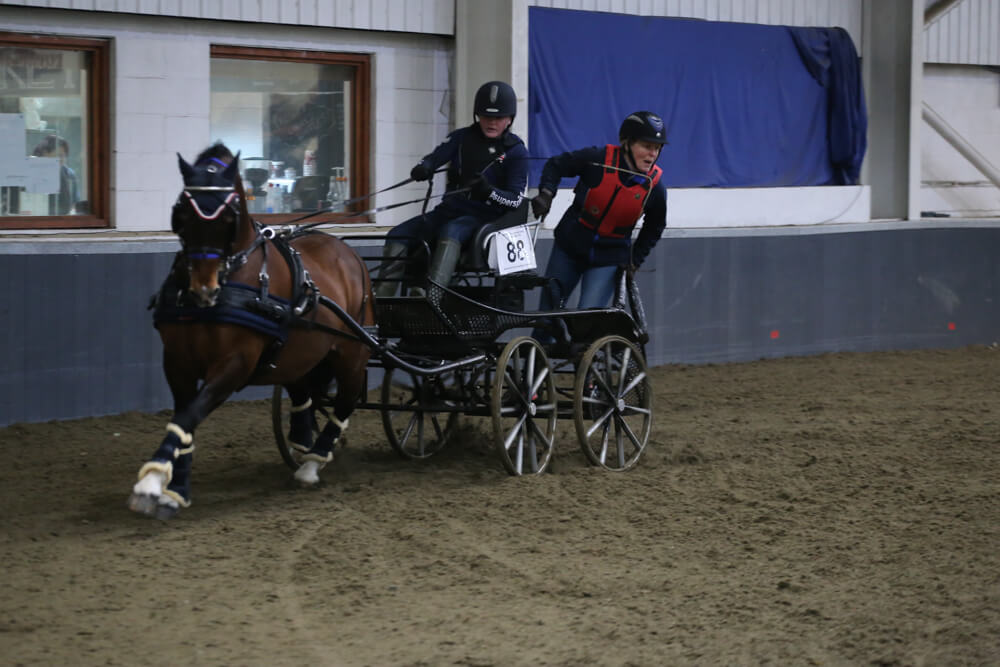 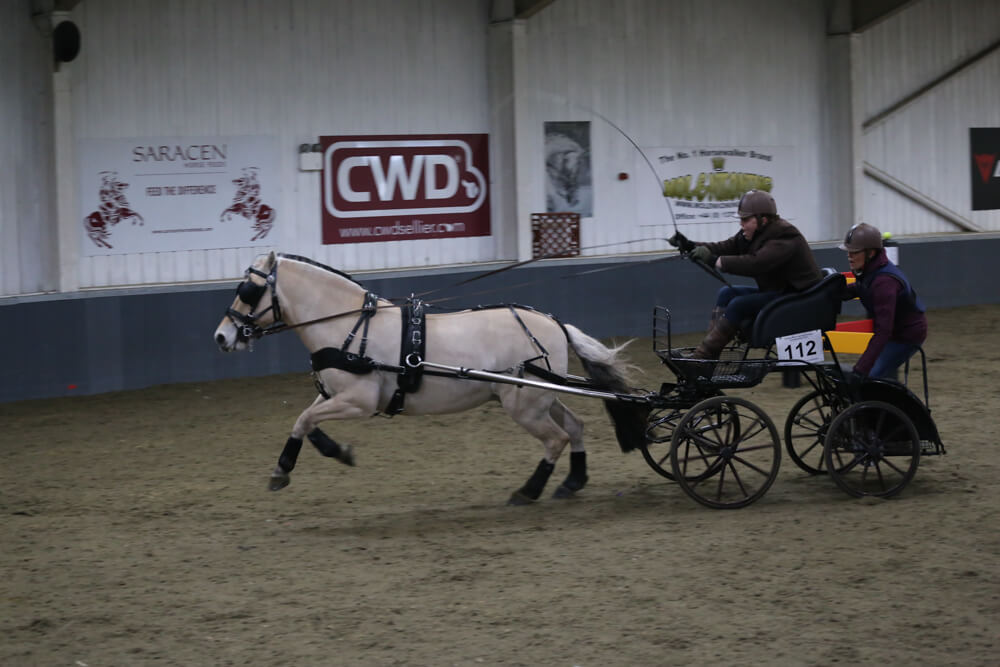 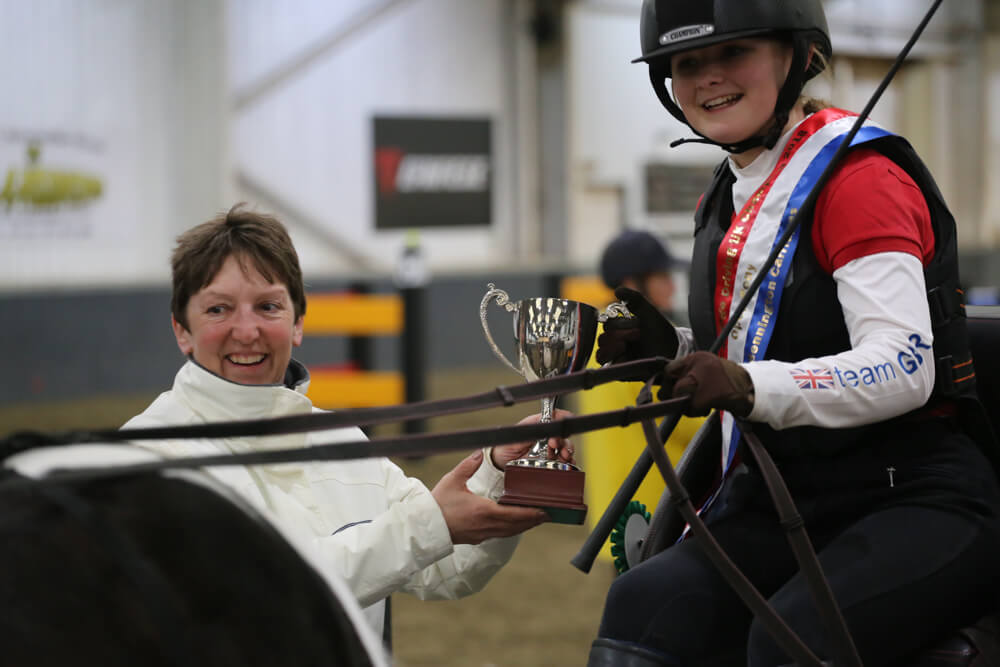 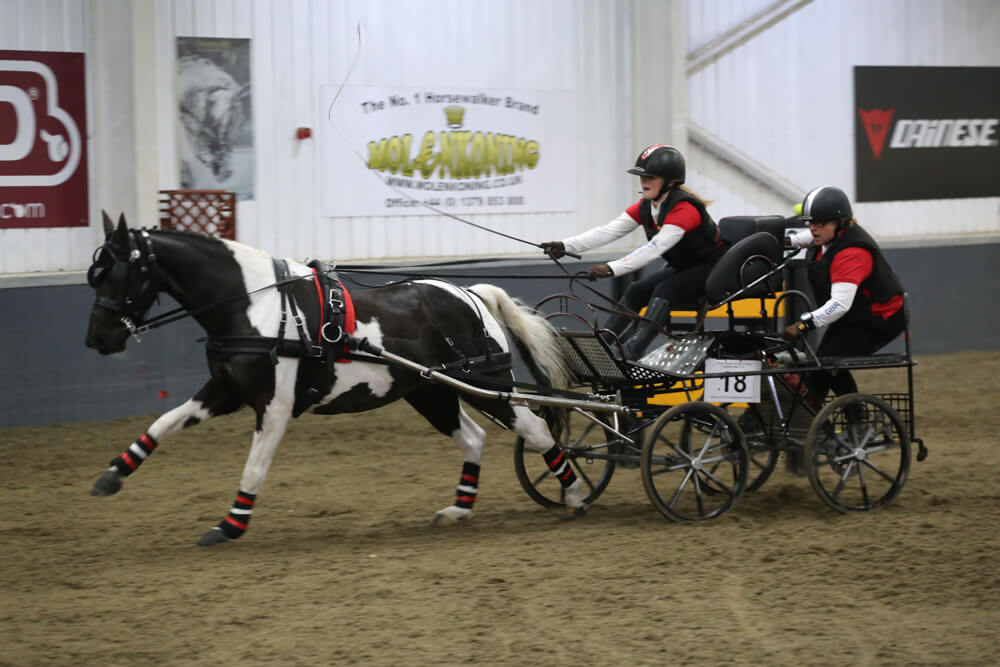 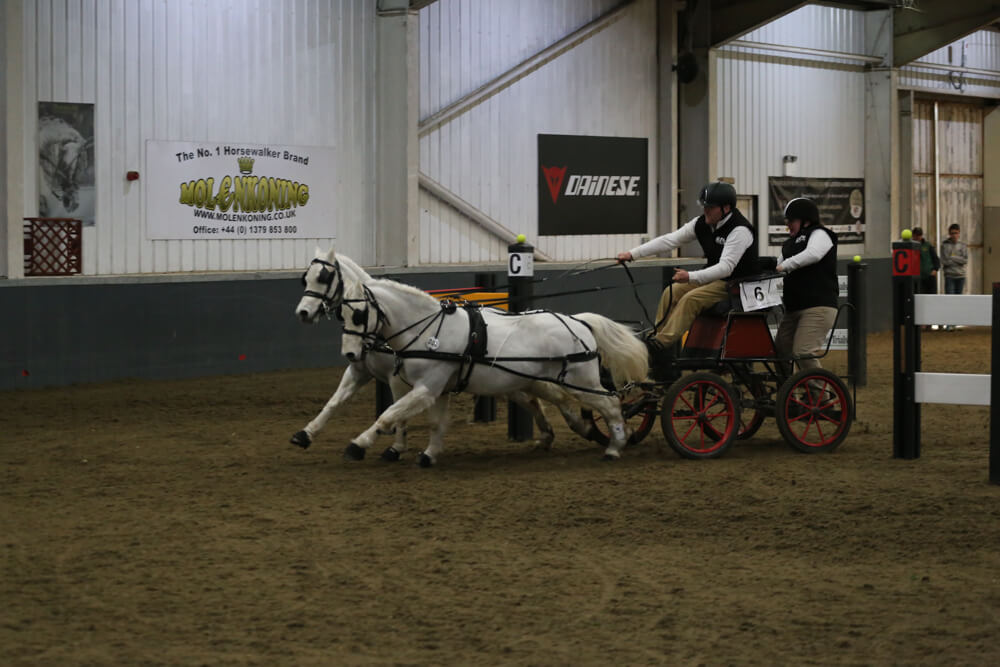 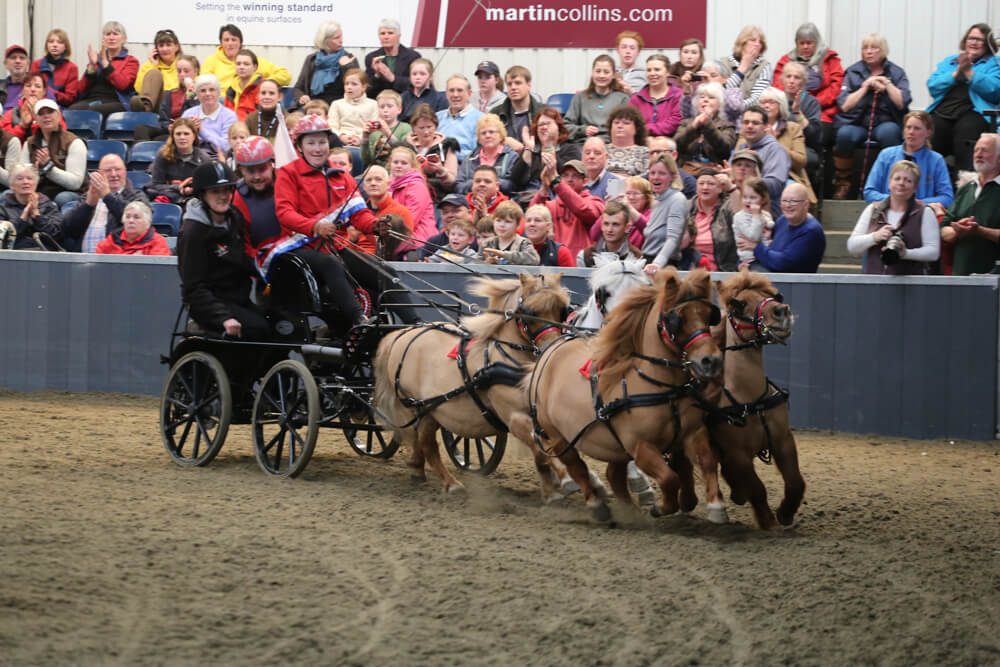 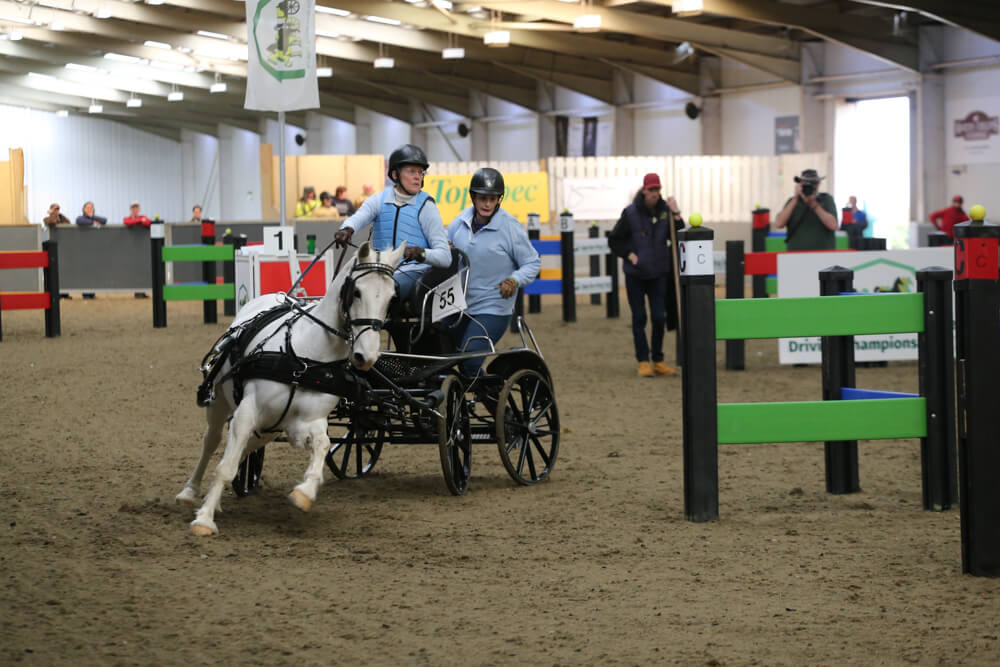 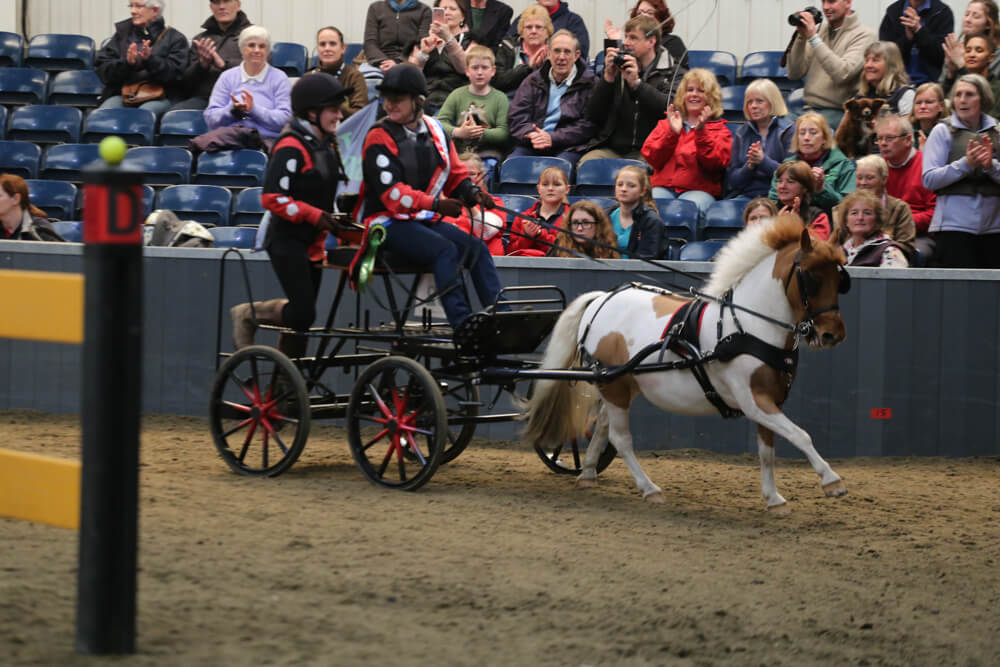