Le Pin au Haras competitors happy to be back

With Bühl opening the post-corona season two weeks ago, the second competition on the calendar was this past weekend in Le Pin au Haras. The 81 competitors found their way to the rolling hills of the show grounds laid out before the French Chateau of Louis the 14th and were all thrilled to be back driving at an international competition.

The event was organized with the utmost care and stuck to the strict Covid-19 guidelines. The washroom facilities on the grounds were constantly cleaned and the course walk for the cones was divided into three time slots and drivers were required to wear masks. Everyone on the grounds was strongly encouraged to follow the Covid-19 guidelines set out by the French government.

The pair horse division was won by Lars Schwitte (GER) with a score of 44.67 points. Werner Ulrich (SUI) and Stan van Eijk were respectively second and third.

The pair ponies were last to drive dressage and the category was won by Louise Reinke (GER) in just her second international competition. Louise Fillon (FRA) and Nico van Praet (BEL) finished second and third. 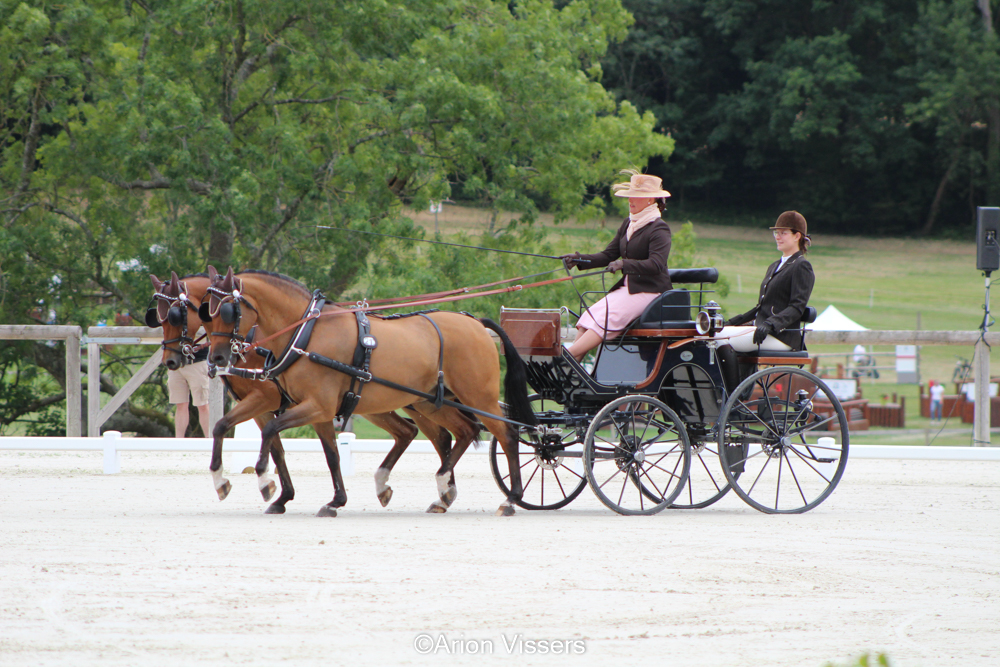 The marathon consisted of six vert technical obstacles and didn’t shake things up in the results too much. Swiss single pony driver Cédric Scherrer drove a blistering fast round winning the marathon and taking the lead in the division. Following his team mate, Michael Barbey (SUI) won the single horse marathon moving up from 15th to 8th place. Stan van Eijk (NL) took over the lead in the pair horse division with a winning marathon and Louise Reinke managed to hold onto her lead in the pair pony division despite Carine Poentis (FRA) winning the marathon.

In the single pony category, seven competitors drove a double clear round. Milou Huisman was the fastest of the clear rounds and the cones winner. Overall winner was Cédric Scherrer (SUI) with second place going to Emilie Morichon (FRA) and third to Milou Huisman (NL).

The cones was not a difficult challenge for the single drivers with 22 clear rounds. The top prize stayed in France with the top of the podium going to Marion Vignaud. Second place went to Saskia Siebers (NL) and third to Kelly Houtappels-Bruder (CAN).

Frenchman Franck Grimonprez was the fastest of the three clear rounds by the pair horses and won the cones. The final results found Lars Schwitte (GER) with gold, Stan van Eijk (NED) with silver and Franck Grimonprez (FRA) with bronze. 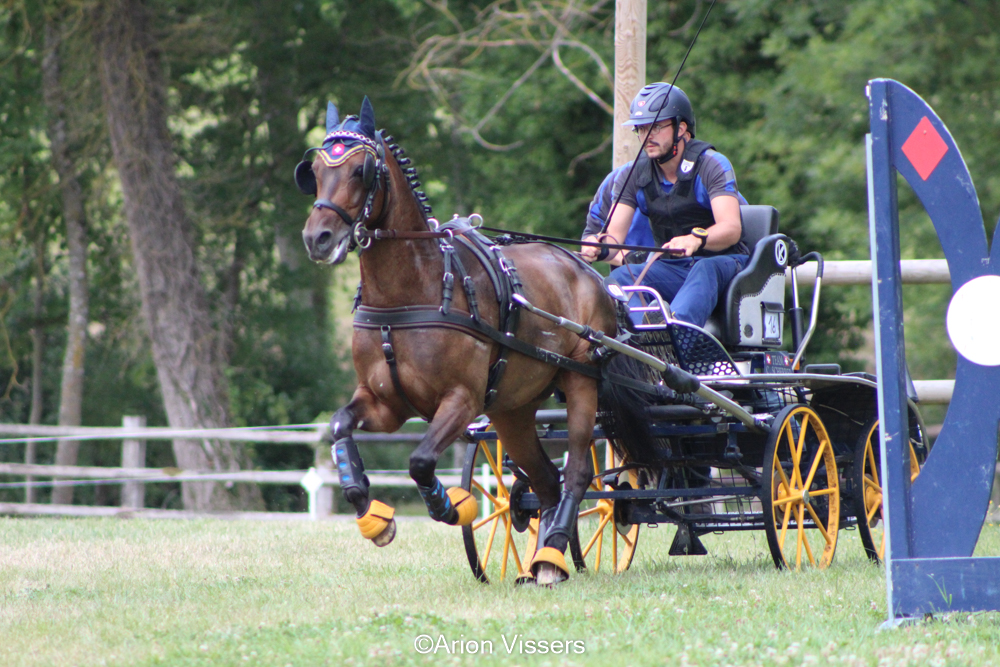