Drebkau 2019: Gold for Hölle and Hungary

The World Championships for Pair horses in Drebkau will go down in history as a true thriller, as the final podium placings were decided right down to the very last second, with the gold medals going to Martin Hölle and the Hungarian team.

The closing cones course ended up being much more exciting that first anticipated. Martin Hölle had more than a fifteen point lead after winning both the dressage and marathon in front of Championships host Sandro Koalick which gave him quite a bit of room for error. The difference between second place and fifth place was very small putting the pressure on Stan van Eijk, Thomas Blumschein and Antonie ter Harmsel. Blumschein drove 7,71 penalty points and Ter Harmsel 9,62 both moving them down the leaderboard and leaving it up to the top three. 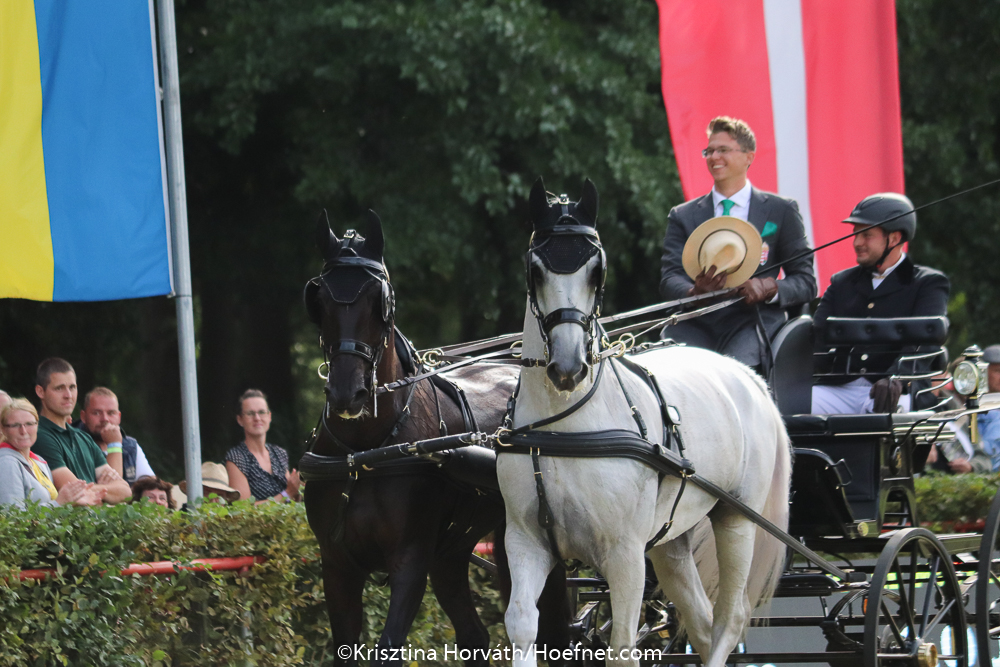 
Sitting in third place Stan van Eijk entered the ring which was surrounded by a huge crowd. But luckily he wasn’t bothered too much by nerves, “I have had a super season in cones so far and have only had one ball in all of the training sessions so far. So I wasn’t too worried. There was one gate that I was a keeping an eye on as my team is experienced and if they see a set of cones in front of them they tend to gravitate towards it. And that is exactly what happened. I drove from 10 to 11 and gate 16 was right in front and my horses went right over it. We had to wait for the ground team to rebuild before we could finish the course. Even with the ten penalty seconds we managed to sneak in under time with just the one knock down.” An amazing feat of driving and thus cementing the bronze medal for van Eijk. 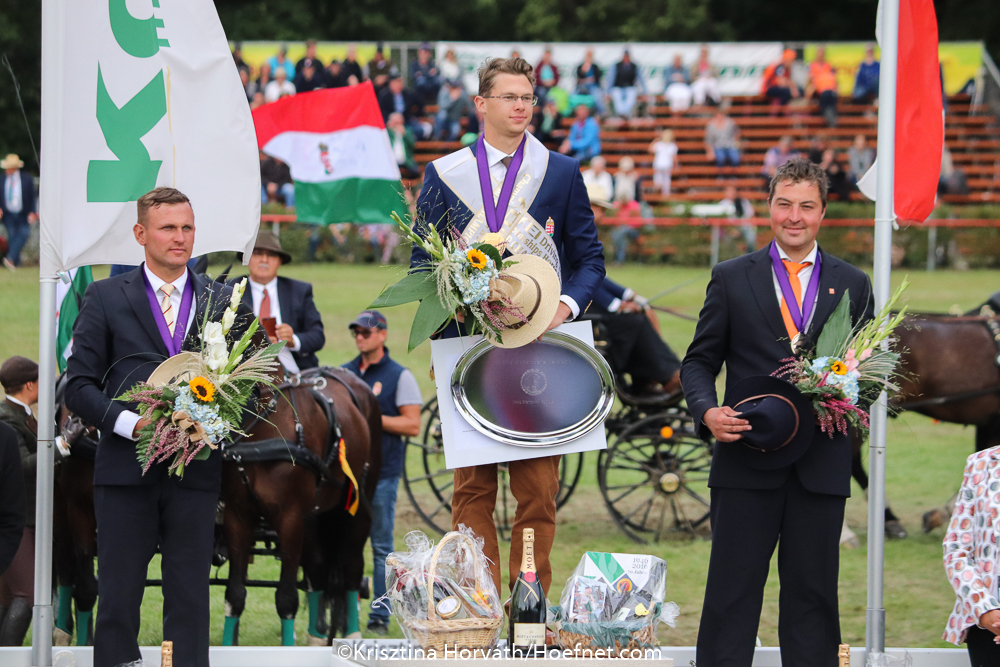 
Exciting to the last second

After Van Eijk it was Sandro Koalicks turn. Along with Stefan Bösch and Josef Stickelberger, Koalick also managed to drive a double clear round and securing at least the silver medal as Hölle still had a lead of more than 15 penalty points. Even with that extra room, the young Hungarian driver had trouble keeping his nerves in check and drove a ball off of gate 1, another ball fell in the second half of the course and with additional penalty points for time his final total of 14,49 penalty points was just enough to keep the lead and his World Championships title. 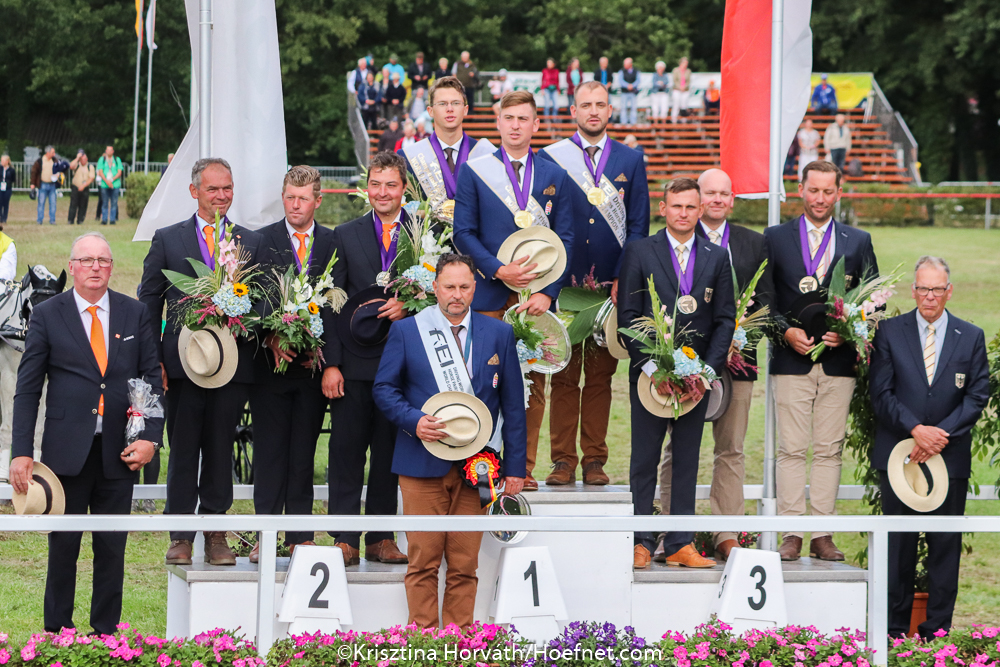 The Hungarian team of Martin Hölle, Jozsef Dobrovitz jr. and Krisztof Osztertag won team gold for the fourth time in a row. The Netherlands took home silver after Geert Dijkhof drove a clear round with only a few time penalties. Edging out the German team who took home bronze.