Driving will take place the second week of the WEG from September 21- 23 to close out the games. A state-of-the-art driving stadium will house the dressage and cones phases, while the White Oak cross-country course will contain the marathon course designed by Richard Nicoll. 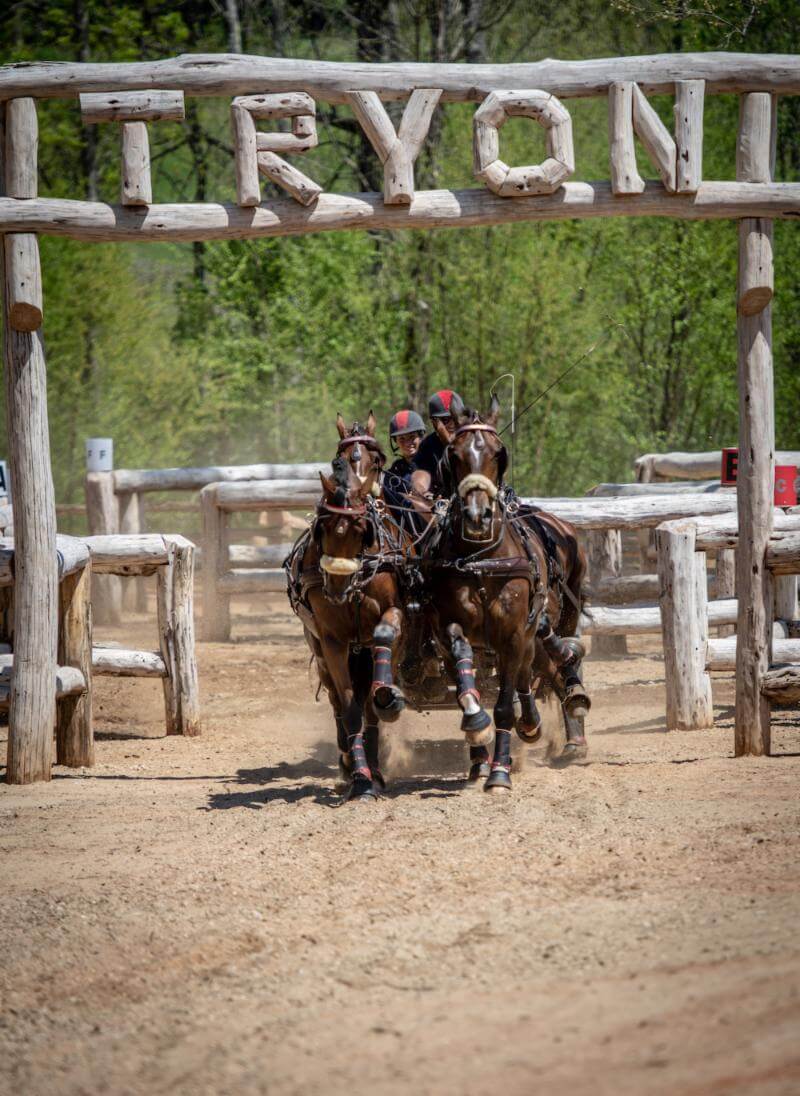 Barry Hunter, an international course designer, was impressed with the marathon course. “From a course designer’s point of view, it is ideal,” he said. “You have got lots to work with. … Some drivers may find the hills a little bit difficult, but that is a world championship. Everything ran very squarely as far as I was concerned.”

Hunter continued by saying that it is beneficial to experience the terrain at a venue so drivers can make the necessary adjustments to their training routines to prepare for the WEG. “Though the routes aren’t going to be the same as they are here [at the test event], any experience on the grounds gives people an idea of how they have got to train,” he explained. “So if you have got hills and you have not been used to hills, then you have got to get that training into the horses.”

Looking ahead to the selection of the U.S. Driving Team for the WEG, the drivers will now focus on the remaining selection trials that take place before the FEI nominated entry date of August 13, 2018: Bromont Combined Driving Event (CDE) in Bromont, Canada; Hermitage Classic CDE in Goshen, Ky.; or CAI2* or higher European competitions. These selection trials provide the WEG hopefuls their final chances to earn a spot on the team.

Danielle Aamodt, US Equestrian Director of Driving and WEG Driving Team Leader, described what the U.S. drivers will be working on as the WEG selection gets closer. “They have until [the FEI nominated entry date] to fit in as many shows as they can, whether it is in Europe or the two here, to prove themselves in one or all of the phases,” she said. “We have gone around and discussed with each athlete what their focus should be for the rest of the season and what they should work on. They are all pretty aware of it themselves; they are experienced athletes at this point, so they know the game. They know what they need to do and what they need to produce to make the team.”

Six athletes will be named to the FEI nominated entry, and three of the six athletes are chosen for the team by FEI definite entry on September 10, 2018. Much deliberation goes into selecting the athletes who can produce the best outcome for the U.S. Driving Team.

“When we look at developing a team, we typically tell the athletes they need to be good at two phases so that we can pick and choose out of that group what comes out as the best team score,” Aamodt explained. “There are a lot of spreadsheets and a lot of math involved in figuring out what configuration of athletes comes out with the best team result.”