In one of the closest finishes in recent history, the Netherlands narrowly held off a resurgent German trio and a fighting Belgian challenge to claim their fifth successive European team gold after a captivating final day of competition on the final day of the Longines FEI European Championships in Gothenburg (SWE). 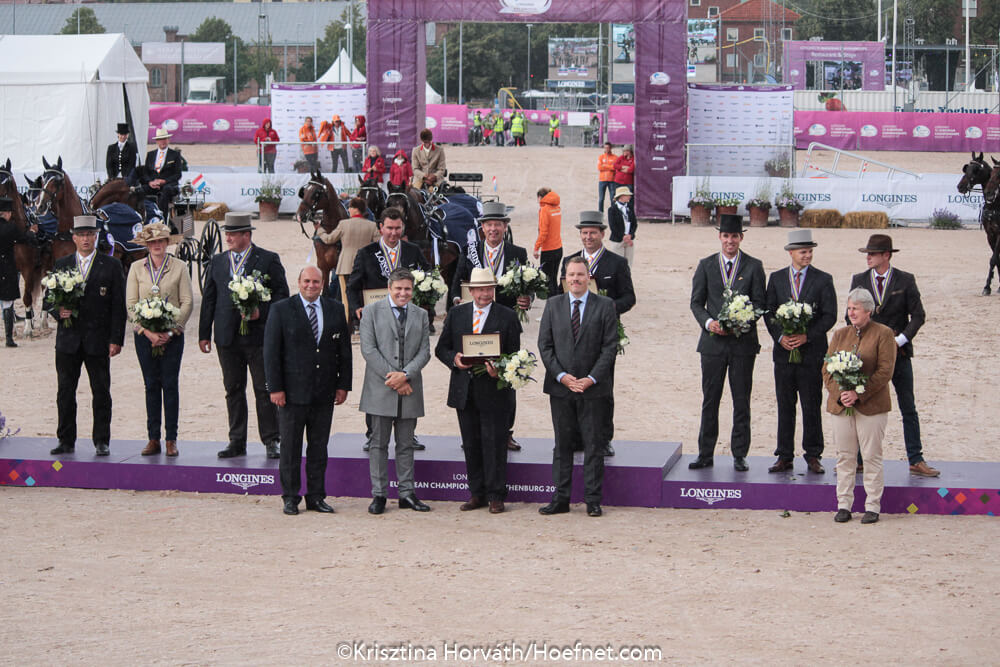 
Driven on by their irrepressible individual gold medallist IJsbrand Chardon, the Dutch just about maintained their air of invincibility, but they certainly had to work for it.

Spurred on by consultant trainer and world number one Boyd Exell (AUS), the Germans came hard at the men in orange through the cones test, but with both individual bronze medallist Christoph Sandmann and Georg von Stein picking up late time penalties, they fell just short.

With all three Dutch drivers finishing inside the top six individual positions, the Netherlands took team honours with a total of 299.73 to the Germans’ 308.94.

“We fought hard for this, nine points is not a lot. They were very close.”

Compatriot Chardon was quick to add: “Boyd is very clever, he certainly made their team better.”

The Belgians showed their emerging strength, claiming team bronze after holding off a spirited last-day challenge from the French team, for whom Anthony Horde went double clear.

“Team Belgium is ready to challenge now, individual silver medallist Edouard Simonet said after finishing less than two points behind Chardon’s winning score of 150.37. “We will work on our dressage to get even better with Glenn (Geerts) and Dries (Degrieck) and with the marathon we need to get a more consistent performance and then we will be really close to the Dutch and the Germans.”

Geerts, who at 28 years old is the elder statesman of the team, stressed the “huge boost” a bronze Championship medal will give to the sport in Belgium, after they finished on 320.04, just over 13 penalties clear of the French.

Ultimately, however, no-one could quite steal the limelight from Chardon. Fresh from revelling in the “rock concert crowd” of marathon day, the 56-year-old thrived in front of a full house at the Heden Arena.

“For me it helps. The bigger the pressure the better. The horses were so good it was easy in the end.”

Indeed the Dutchman was clear enough of the rest of the field to let out a yelp of delight and start his celebrations at the last obstacle, even though he knocked off a ball.

“It’s good but there’s a little disappointment I did a little mistake yesterday on the marathon. But I’m only 27 and the future is in front of me. I have many Championships to try and get the gold.”

A further point back, Germany’s Sandmann praised the virtues of working with world champion Exell while acknowledging the relationship cannot last.

“Boyd is so professional, so thorough, everything is 1000%. We hope to keep him but next time we have the World Equestrian Games and then we will be fighting each other,” he said ruefully.

As a contented crowd poured out of the Heden Arena, it was left to Exell, the biggest name in the sport, to deliver a final verdict on an extraordinary Longines FEI European Championships.

“Yesterday was a stonking crowd, it was like a rock concert out there and a full house today,” said the Australian. “The nice thing was that driving looked like the most popular of all the equestrian disciplines.” 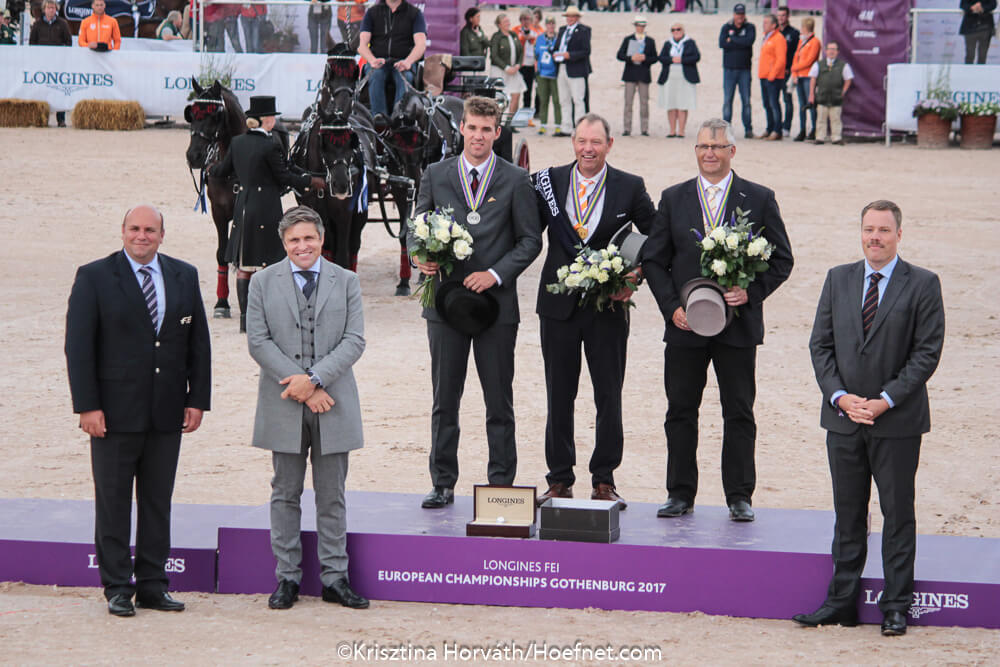