It was not a good start to the new year for international pair driver Erik Couwenberg. Erik had to make the impossible decision to say good-bye to his faithful friend; the 12 year-old gelding Amigo. 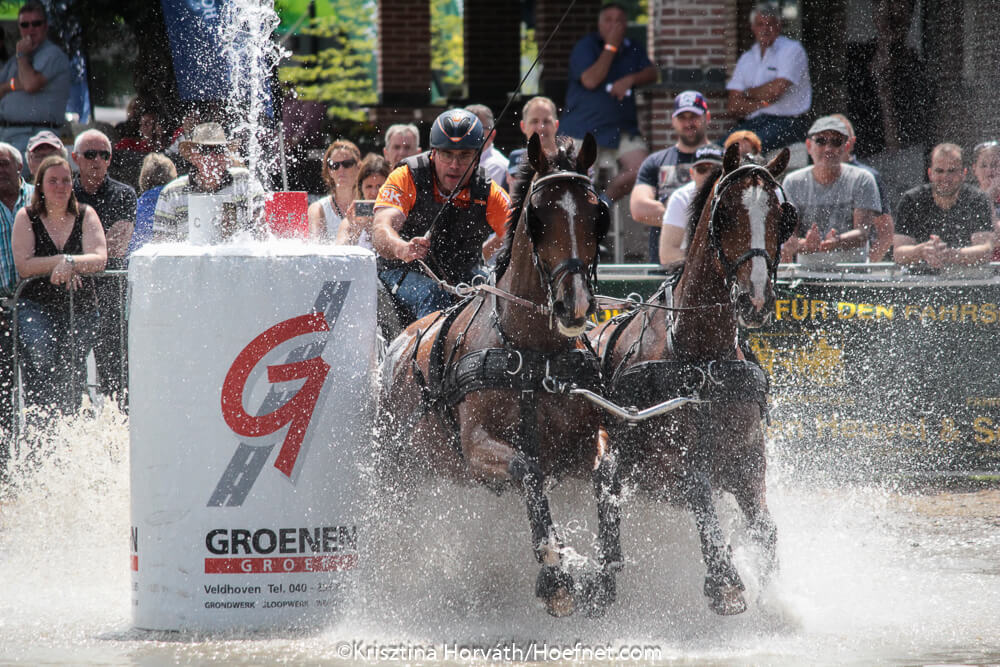 
“I have really lost a friend,” tells the successful driver. “Last night everything was completely normal, and when I went out to the barn this morning he was deathly ill and in enormous pain. He was suffering from colicking and after discussions with the veterinarian it was decided that it was too late for an operation and we had to put him to sleep.”

Amigo (Riverman x Ultrazon) came to the Couwenbergs stable in 2008 and in 2009 he was already a steady partner for the 11 year-old Tibor (Treasure Z x Hatrick). Amigo and Tibor were used for all three parts of the competition. “It was such a pair, even in the fields they walked and grazed beside each other.” Couwenberg achieved many top 10 international and national finishes with his horses including the bronze medal at the Dutch Championships in 2015.

“Amigo was a pleasure to drive and a real pal. He was at his prime and we are definitely going to miss him. Luckily I do have a reserve horse in the barn, but until now I have never needed him as the other two were going so well. He will definitely be needed now for the coming season,” according to Couwenberg.