Franck Grimonprez from France was the only driver who prevented Dutch winners in all seven classes at the CAI2* in Exloo. Grimonprez won the Horse Pairs Class, followed by his compatriot Michael Sellier and Great Britain's Tara Wilkinson. 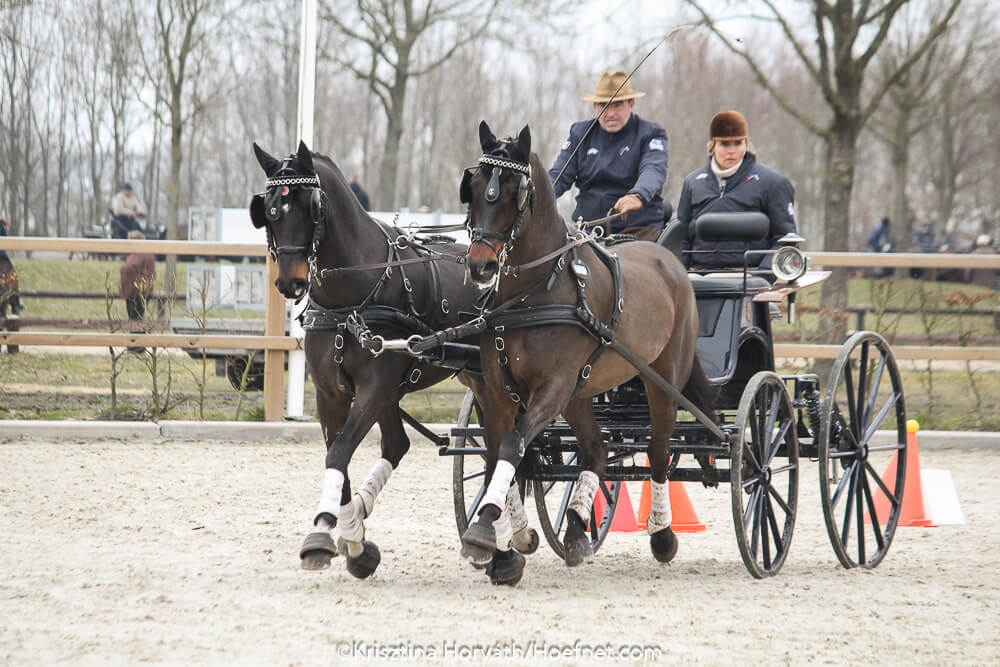 Grimonprez won the dressage, finished in second place in the marathon and won the combined competition. The 2012 French Champion is trained by Michael Freund and Félix-Marie Brasseur.
Photo: Krisztina Horváth 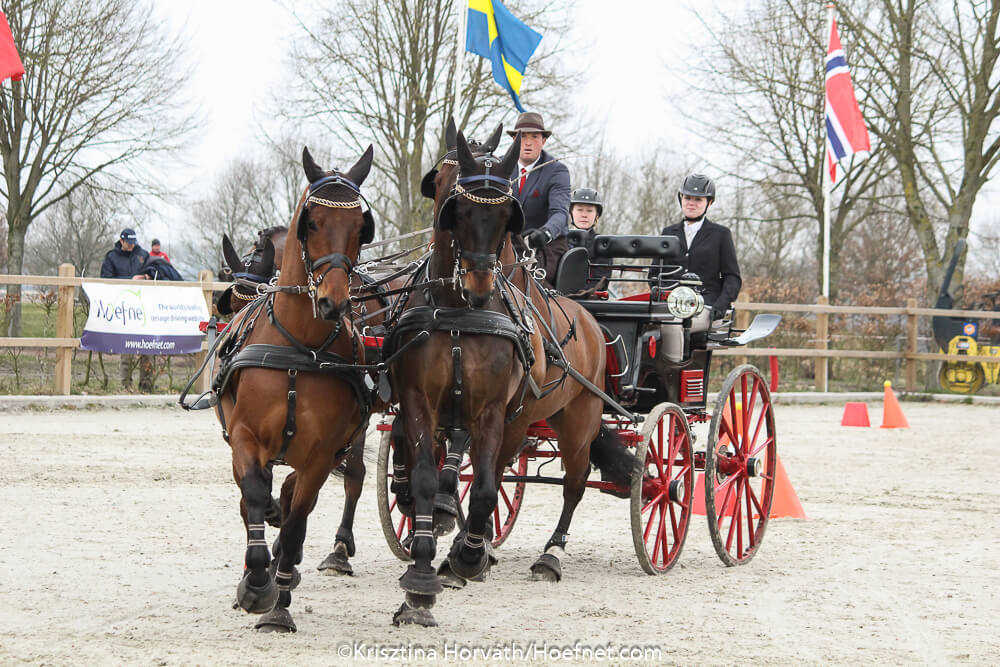 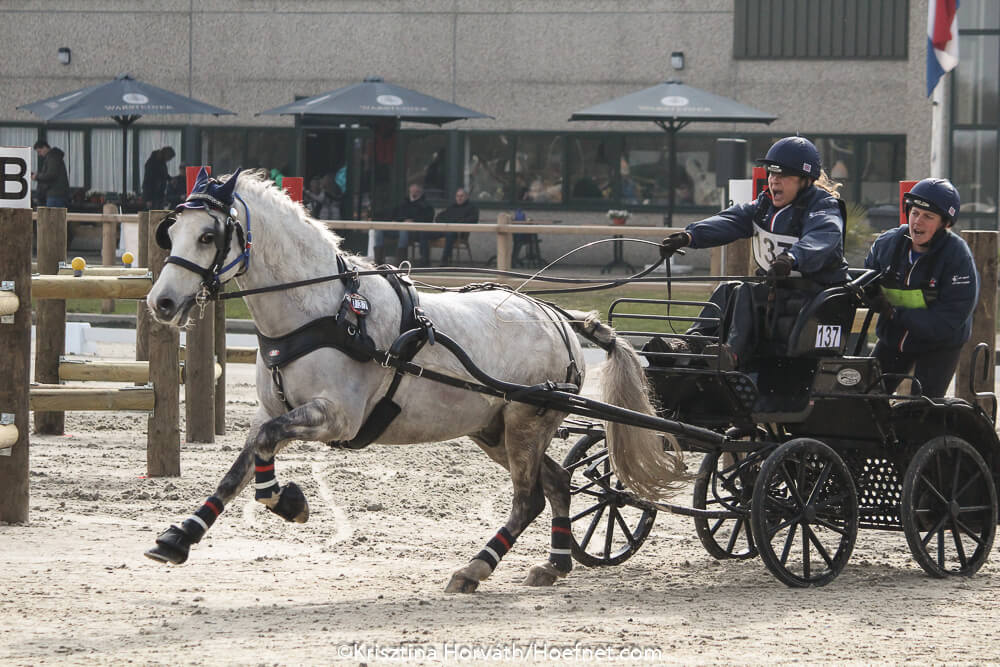 Deborah Daniel finished in second place behind reigning World Champion Francisca den Elzen. Aad van Marwijk came third. Jacques Poppen had to withdraw before the cones when his horse turned out to be not fit.
Photo: Krisztina Horváth 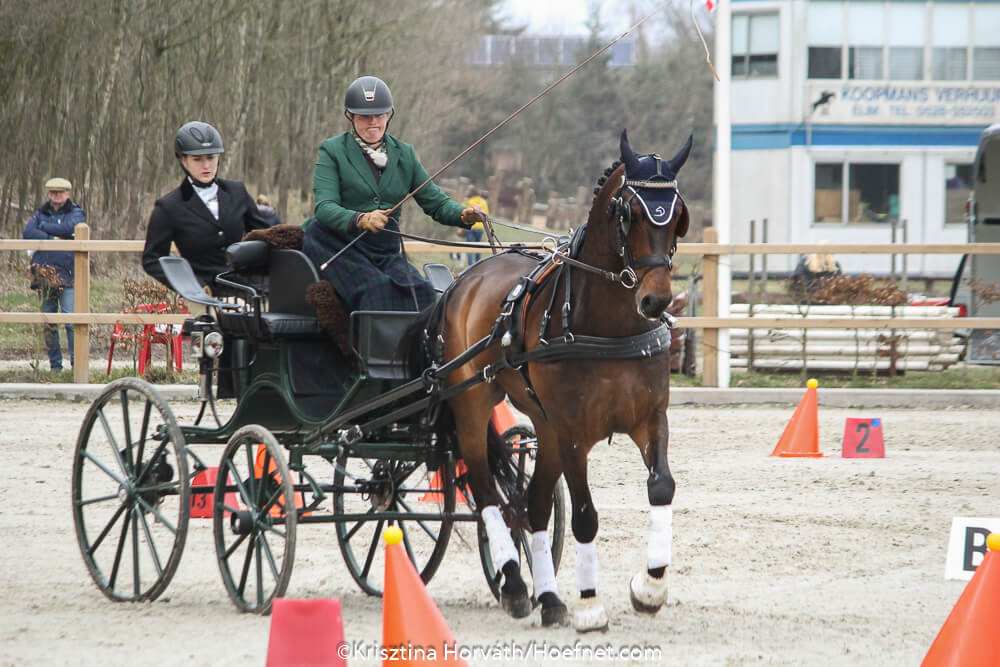 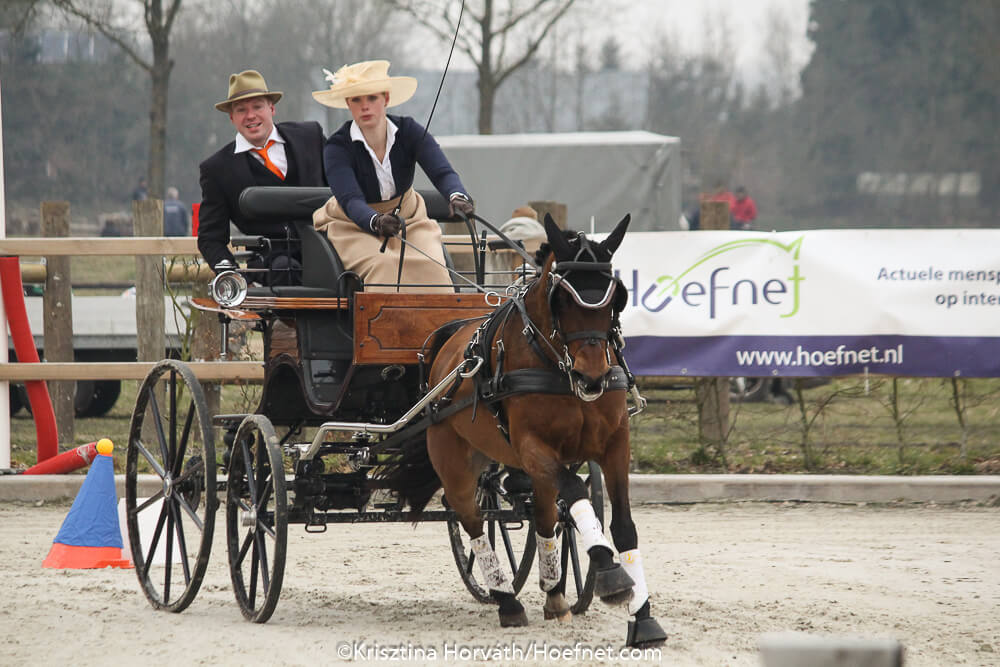 Marissa Schuiling was the only driver who managed to drive a clear round in her class and won, ahead of Sven Tinlot from Belgium and Annegreet Zaayer.
Photo: Krisztina Horváth 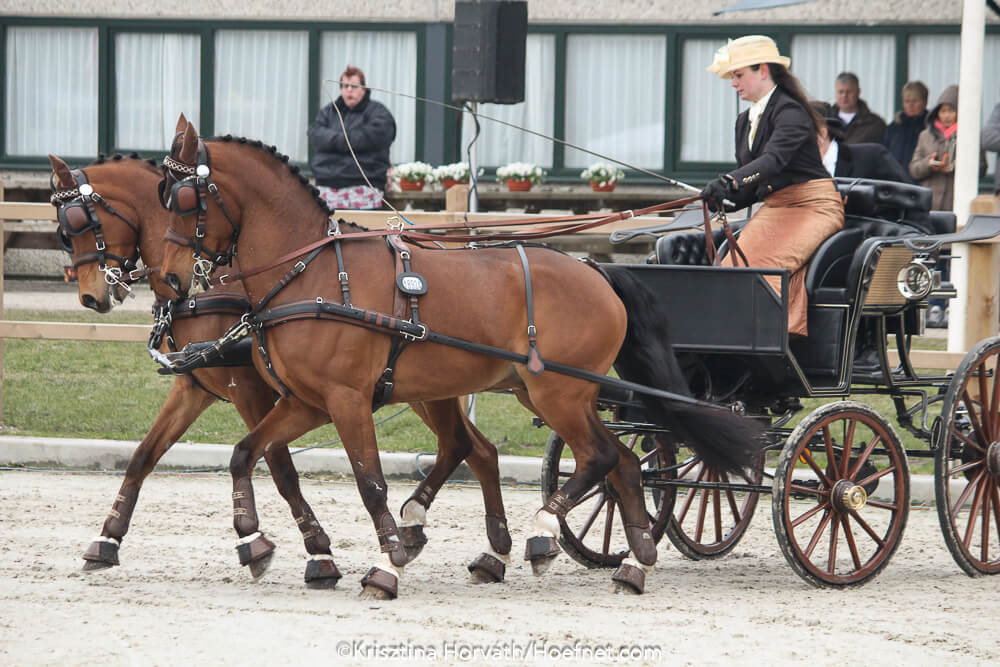 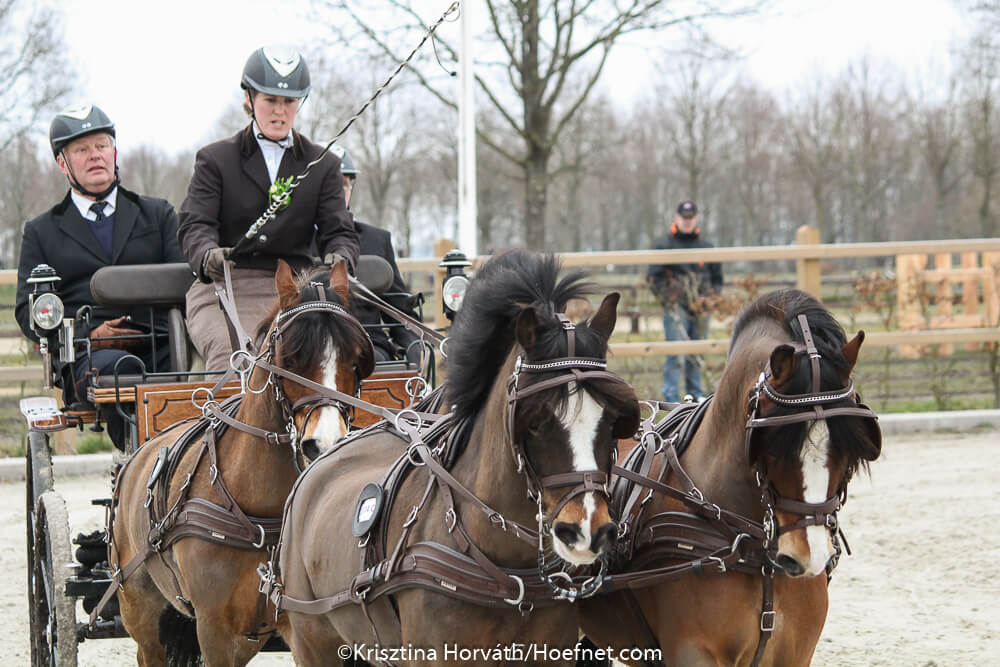 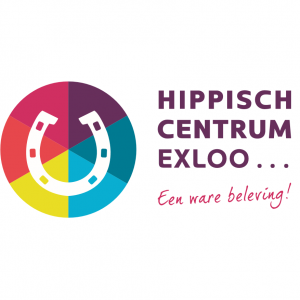