This past weekend World four-in-hand pony Champion Michael Bügener celebrated his win at the World Championships in Minden this past August. In addition to his gold medal, Bugener was also recipient of the Heinrich Berning Memorial Prize and was presented with the award by his colleague silver medalist Jan de Boer. 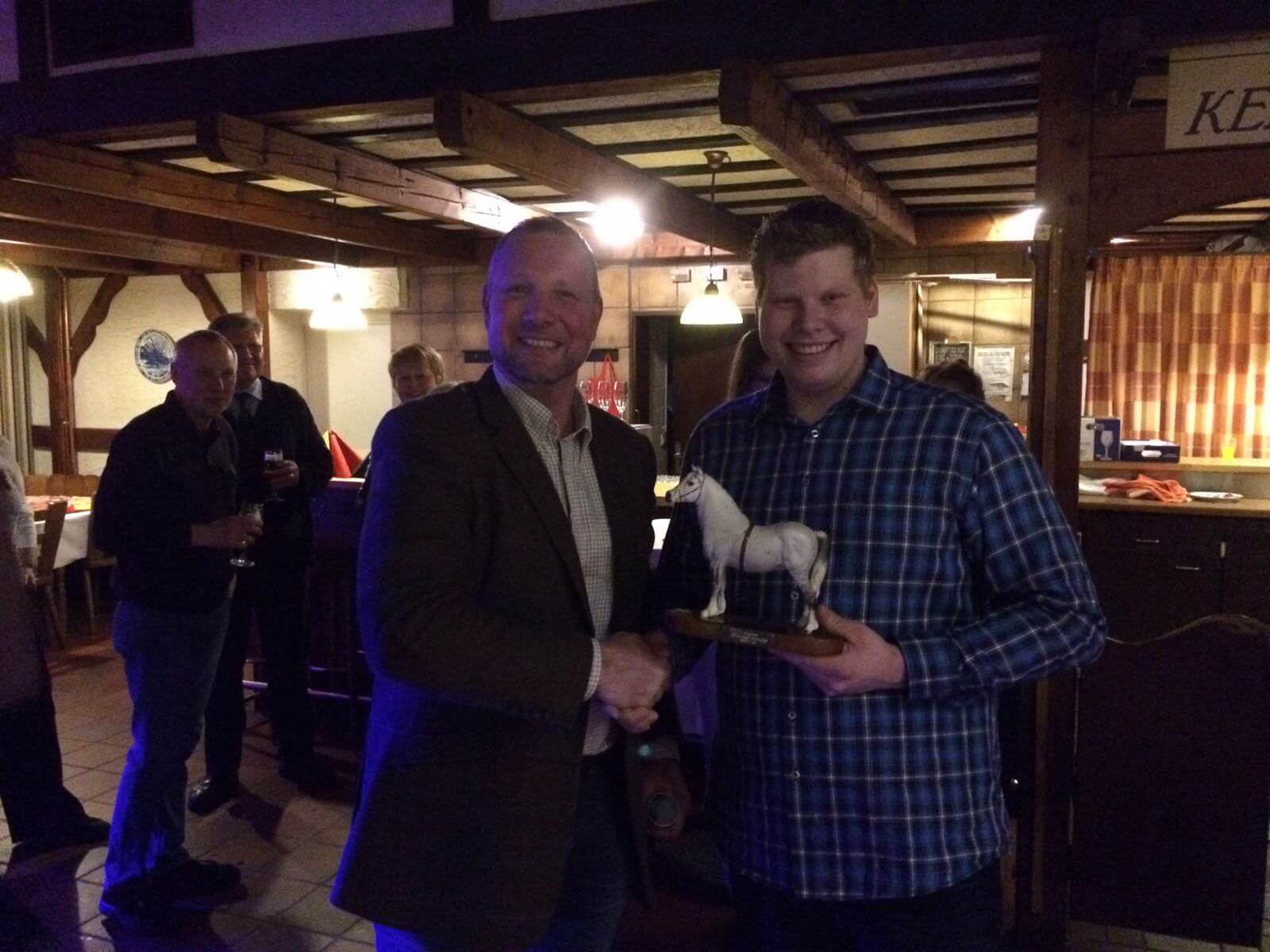 
Heinrich Berning was a German pony driver who at the time was committed to growing the international four-in-hand pony sport to the level of a European or World Championship. He passed away in April 1983, and that same year his wife presented the first Heinrich Berning Memorial Prize in Beekbergen. Bernings dream came true when the first European Championship was held in Breda in 1995, and in 2003 the first World Championship was held in Karlstetten. The prize has been awarded at the largest international competitions, European Championships and World Championships for more than 25 years. All of the winners names are engraved on the base of the trophy which is a statue of a Welsh Mountain Pony.