Boyd Exell kicked off the programme on Friday evening with a very educational lecture on correct bitting and explained a basic system to help drivers understand their horses. The participants enjoyed Boyd’s explanation and the effect on the horses.

The main stadium in Lipica was the décor for the new pair dressage tests on Saturday morning. While the sun was trying to come out, the participants witnessed both the 2* and 3* FEI pair dressage tests being driven in the main arena. The tests were filmed and later on discussed step by step in the classroom, where Andrew explained what a judge is looking for. Junior Driver Peter Juhasz performed the 2* test with his pony pair, while Zsolt Rimancsik showed the 3* test with a very nice young horse pair. Later in the morning the drivers showed various parts of the tests while Boyd, Andrew and Martin explained to the participants how the tests should be driven. In the meantime, the sun had come out which added a lovely touch to the already positive atmosphere.

In the afternoon, Boyd and Martin worked with several drivers, working on arena ring craft and accuracy whilst involving the participants all the time, asking them for their opinions which resulted in very good discussions. 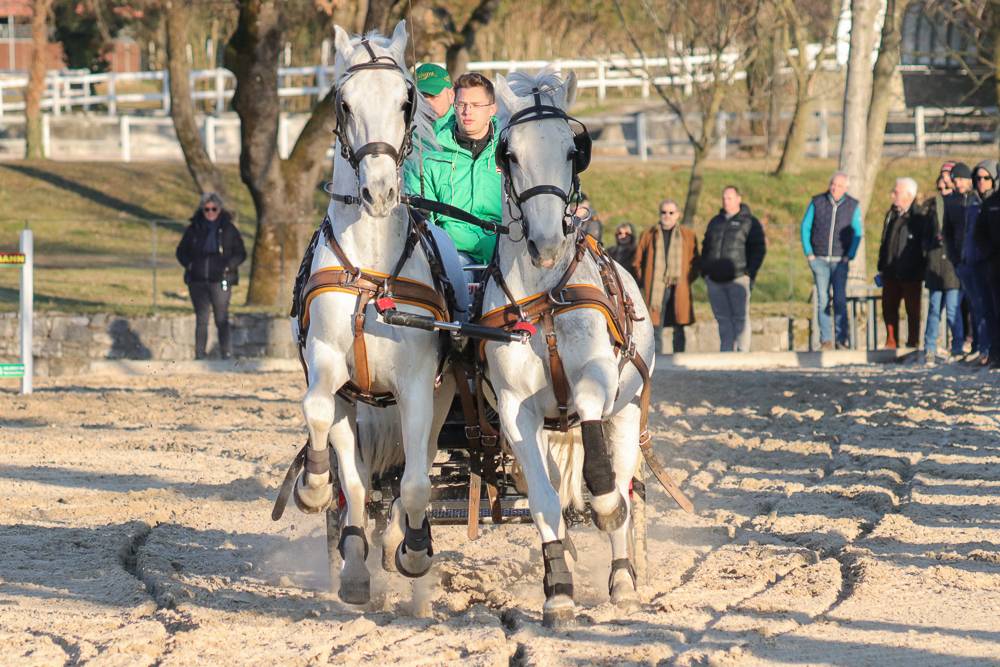 Boyd and Martin finished the very interesting day by driving a team of Lipizzaner horses (Boyd) and a pair of Lipizzaners (Martin) in the smaller outdoor arena, driving some indoor obstacles. This resulted in a spectacular show, much appreciated by all people present.

The newly renovated Maestoso Hotel on site hosted a wonderful dinner on Saturday evening. Whilst enjoying their food, each table was asked to prepare a question for the clinicians which were answered during the evening.

Andrew Counsell explained the most important FEI rule changes and brought everybody up to date for the new season. Martin Hölle gave a very nice presentation about how he, as a World Champion, prepares for the World Championship. Martin gave the participants an inside view on programme for the 2017 World Championship in Lipica, where he achieved his first Horse Pair gold medal. In a very open, honest and humorous way, Martin took the participants through his preparations, showing various nice videos.

On request of the participants, Boyd worked with a Lipizzaner single horse in the outdoor arena, trying to improve his balance and basic dressage training. The clinic concluded with cones driving with a pair of Lipizzaner horses and a single horse, showing the timing in the different routes in the cones and involving the participants by asking them to comment on some deliberate mistakes that were made in the course.

Lipica can look back on a very successful clinic in which Boyd Exell, Martin Hölle and Andrew Counsell formed an excellent working trio, who each shared their knowledge with the participants in their own way. The high standard horses and carriages were provided by Lipica Stud Farm and Team Lehel, with Vilmos Jámbor as driving force.

Lipica Stud Farm is very much looking forward to welcoming the international driving world back for the CAI2*/3* from 28th September to 2nd October 2022. 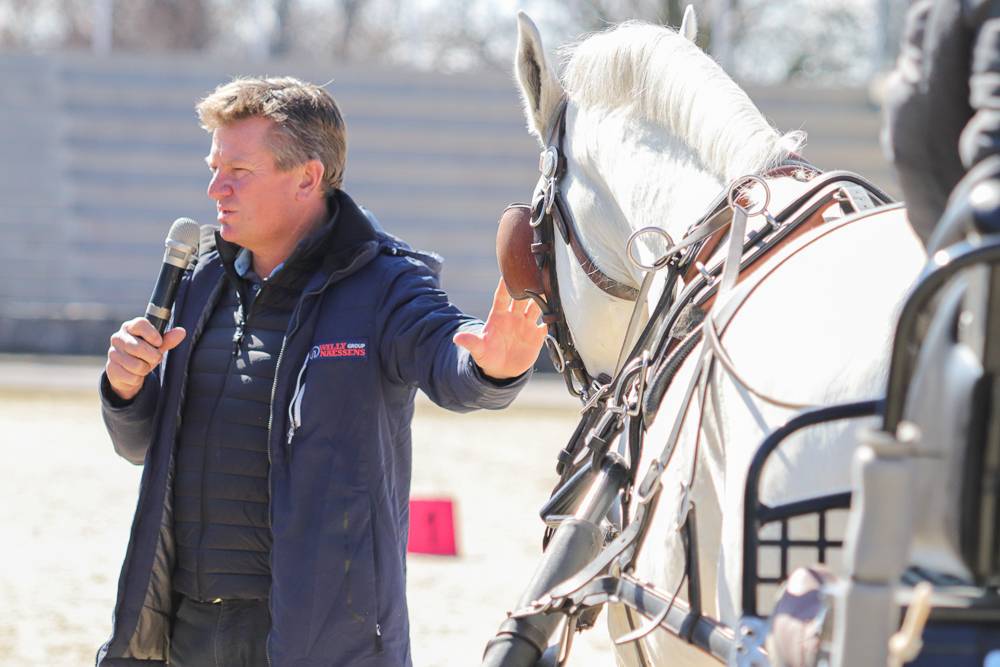 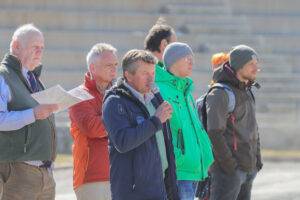 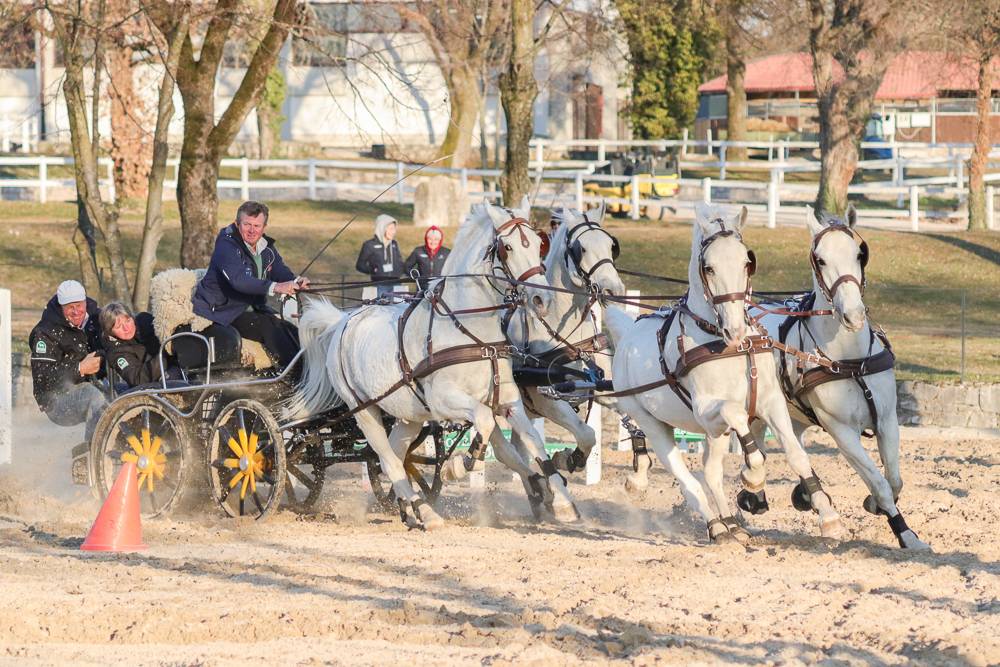 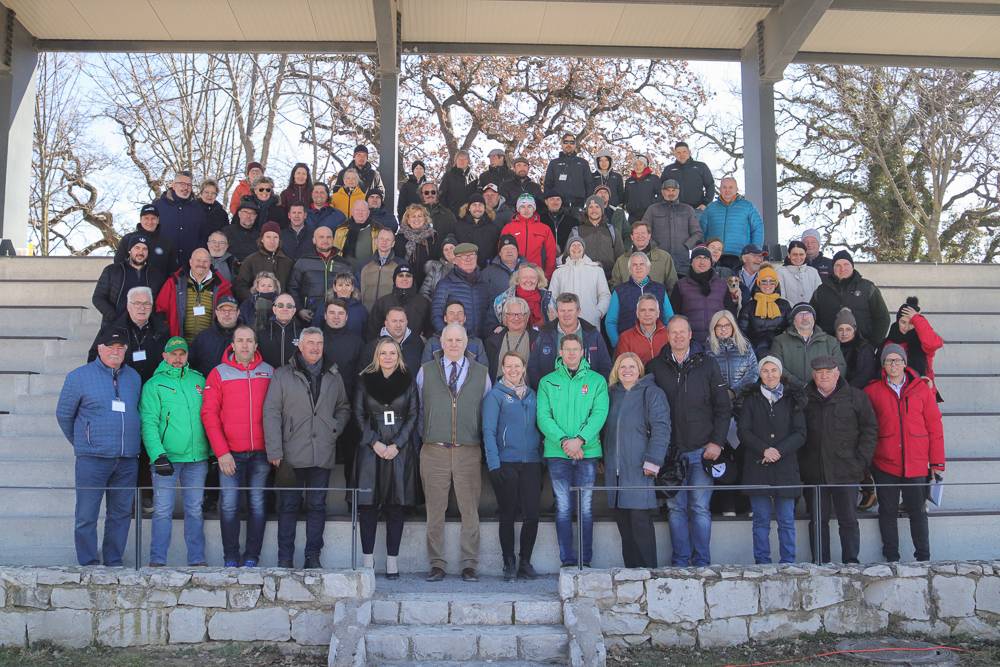