Kisbér-Ászár: Germany edges out the Netherlands for Gold

The ninth combined World Championships for ponies will go down in the books as an exciting edition, where primarily Germany and the Netherlands battled it out for medals. Germany managed to nab the gold medal and also won individual medals in the single and four-in-hand divisions. Gold in the pair ponies wend to Dutch driver Rodinde Rutjens. 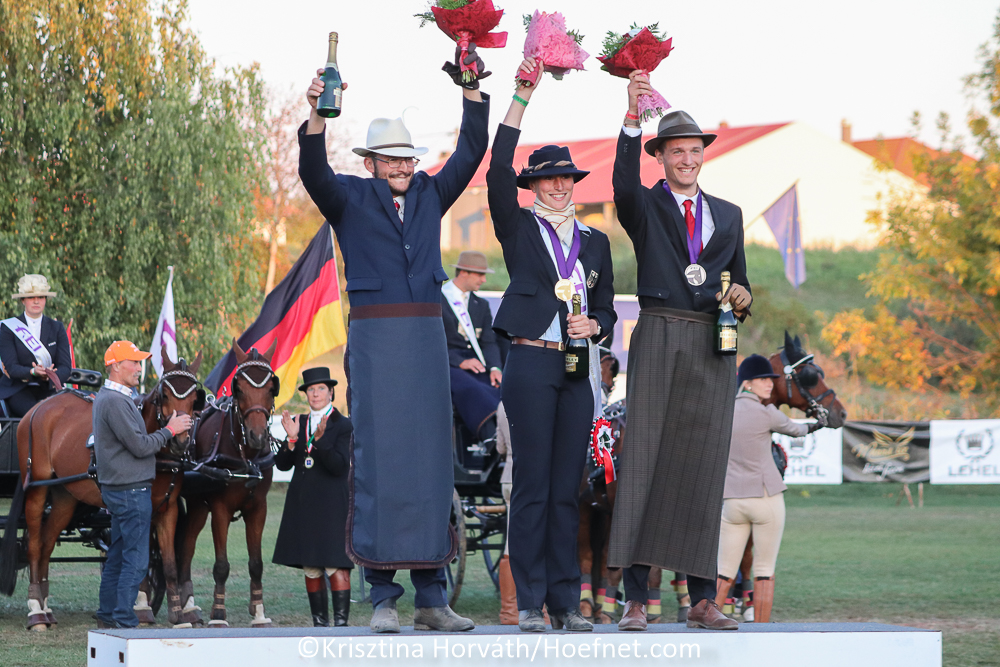 Tamara Pijl began the cones as the leader with just a small lead over German driver Katja Berlage, but unfortunately after two knockdowns and time penalties she fell to fifth place, and the double clear round driven by Katje Berlage earned her the gold medal. The silver medal went to Swiss driver Cédric Scherrer whose winning marathon and double clear cones rocketed him up the leaderboard. The bronze medal is going home to Belgium as the three very consistent drives of Gilles Pirottes paid off in spades.

The cones was won by 23 year old Marissa Schuiling, who with her 18 year-old pony Kyra moved up to fourth place. 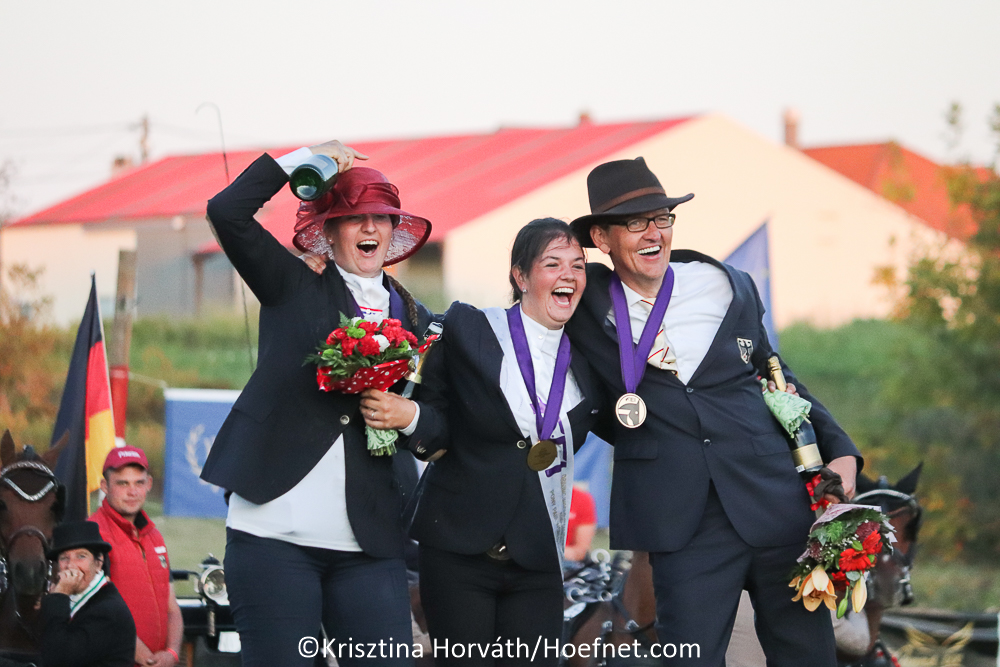 The only competitor who prevented Germany from sweeping all four gold medals was Rodinde Rutjens. Even with a few mistakes in the cones, (5,74 penalty points) she managed to drive better than Christof Weihe, who eventually fell to bronze. The silver medal went to Melanie van de Bunt. Both ladies drove extremely consistent competitions and have put the Netherlands back on the map for pair ponies.

The cones was won by American Mary Phelps who with her pair of handy ponies racked up only 1,55 penalty points. 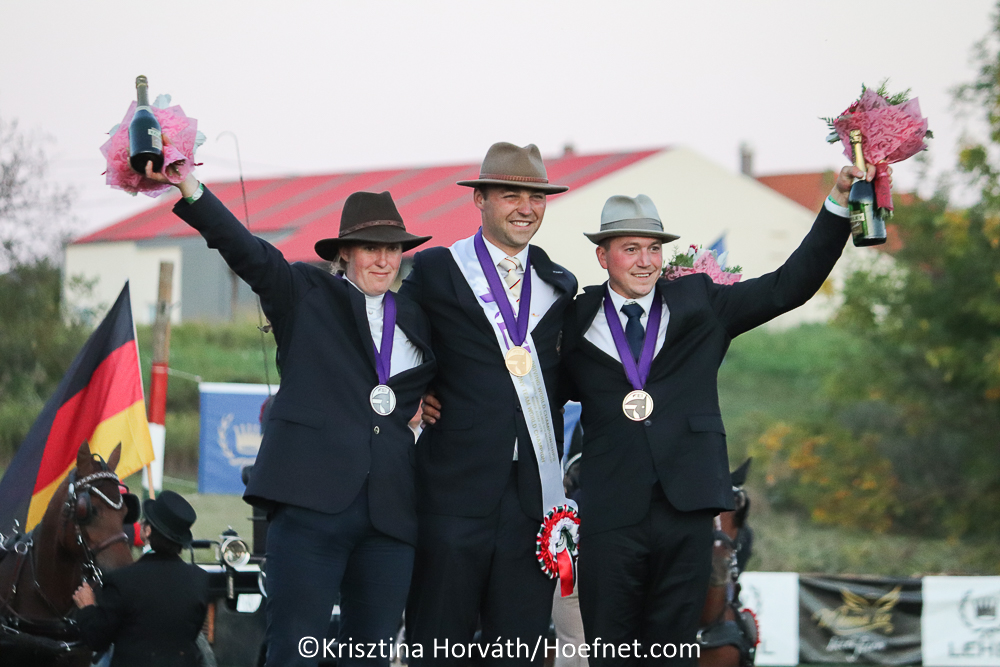 The four-in-hand drivers Edith Chardon and Marijke Hammink began the cones in the silver and bronze positions with German driver Steffen Brauchle holding a more than two ball lead over the division. The pressure on the top three drivers was heightened as their drives would not only decide the individual medals but the team medals as well. After German team driver Sven Kneifel drove an almost perfect cones (0,34 penalty points), either Marijke or Edith would have to drive a clear round to win team gold. Unfortunately Marijke Hammink had two knockdowns and Edith Chardon had her hands full with her ponies which resulted in 17,86 penalty points. But even the eventual champion Steffen Brauchle was not close to driving a clear round with 11,49 penalty points. Marijke Hammink finished with the silver medal and Swiss driver Yannick Scherrer the bronze.