Under beautiful sunny skies the pair ponies entered the dressage ring today at the World Championships for pony driving in Kisbér-Ászár. German drivers Christof Weihe and Jan Felix Pfeffer hold on to the top two spots with Rodinde Rutjens (NED) currently in third.

Much in the same manner as the previous day was Germany extremely strong and Christof Weihe took a very early lead with his 42, 45 penalty points, a score not to be surpassed the rest of the day. Unfortunately for Germany, Christof was not a member of the team and his points won’t count towards the team medals. Luckily the second place score for Jan-Felix Pfeffer does count and with his score of 43,92 penalty points had to take second place after winning the dressage at the last two World Championships in 2015 and 2017. 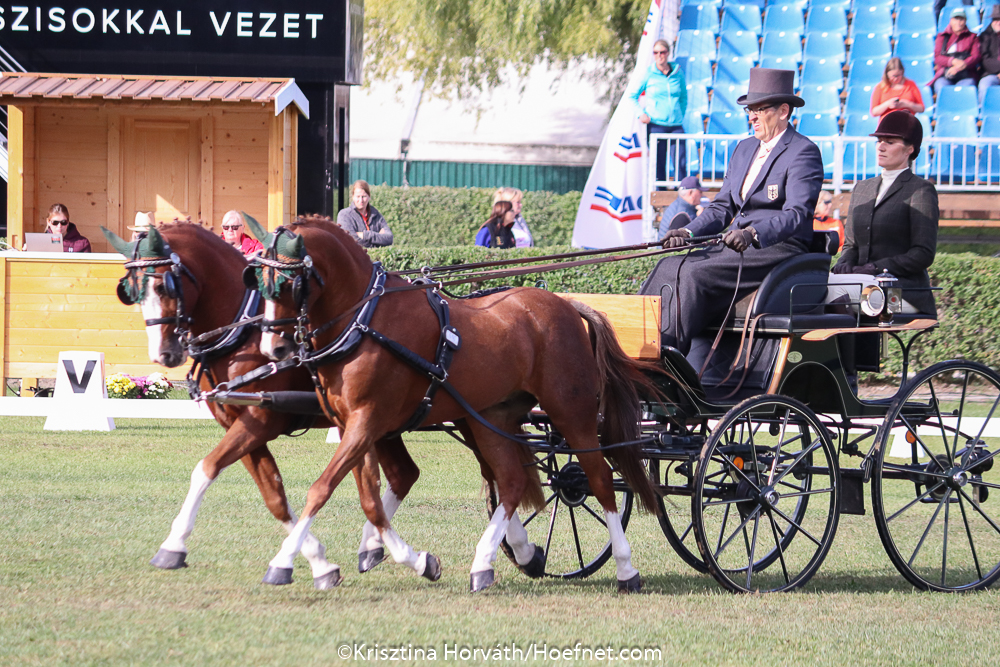 At the end of the afternoon Rodinde Rutjens drove her ponies to an impressive third place with 45,18 penalty points and will be breathing down her German colleuges necks in the marathon. Estonian driver Pille-Riin Roosileht is currently in fourth place with 46,18 and Swiss driver Lea Schmidlin is in fifth with 48,11.

Tomorrow the four-in-hand ponies will drive dressage and Saturday all competitors will drive marathon. The competition will close Sunday with cones driving.