A warm breeze and overcast skies ushered in the Para Dressage on Thursday afternoon. But intermittent showers didn’t inhibit the determination of the twenty-four Para Drivers who all completed excellent performances. The judges had a hard time to differentiate the scores which in many cases only separated drivers by a few decimal points. 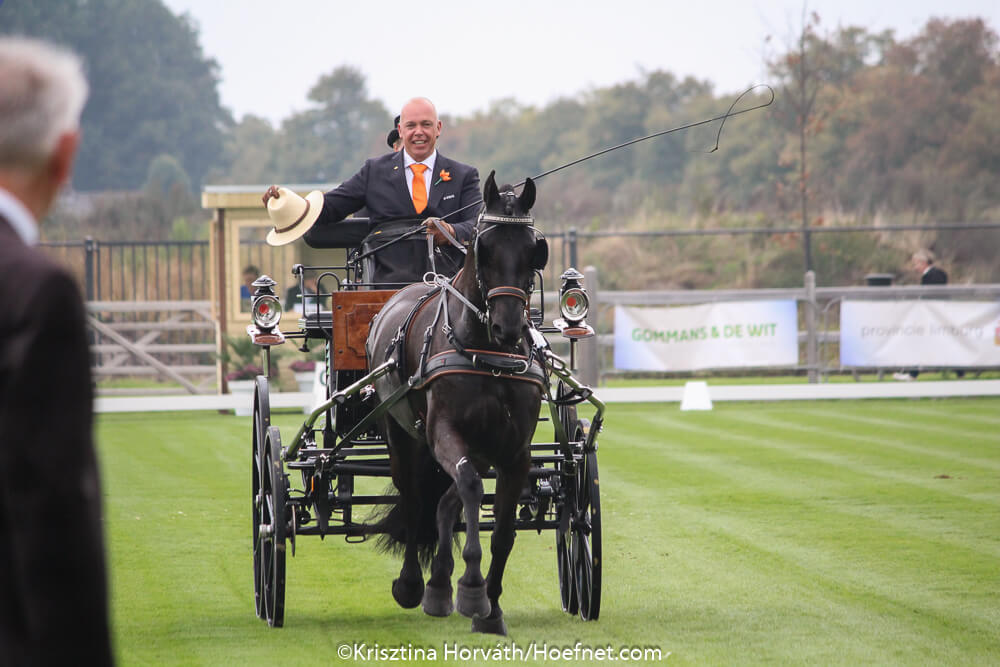 
The Para drivers are divided into two groups; Grade 1 and 2 depending on the severity of their handicap.

The Netherlands stunned the crowd with impressive scores in both Groups 1 & 2. Jacques Poppen’s Dressage score of 37.78 in Grade 1 was the universal winner by all 5 judges. And Francisca Den Elzen’s score of 39.69 was also the first place winner of the 5 judges for Grade 2. Needless to say, this put the Netherlands Team in first place followed by the German Team, Great Britain in 3rd and USA team as 4th.

Francisca Den Elzen started driving at age 15 with Fjord ponies but left the sport due to health reasons. In 2007, she was drawn back into the horse world and now drives Welsh ponies. being the title defender, we will all be watching for big things from her in the next phases of this World Competition. 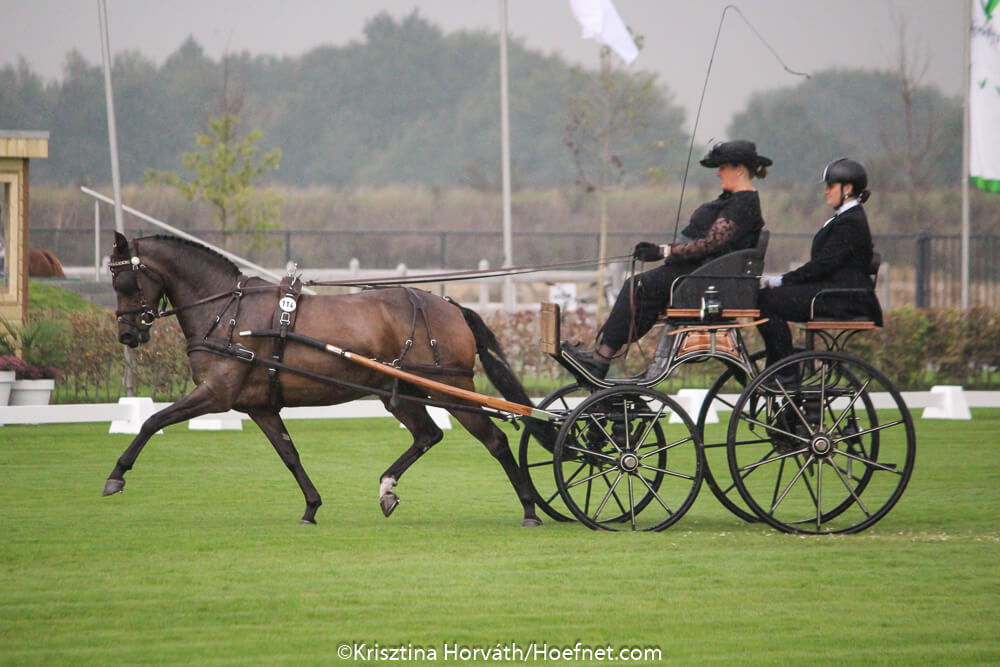