Following Apeldoorn 1976, 1982 and 1988, Den Haag 1994 (part of the World Equestrian Games), Beesd 2008 and Breda 2016 The Netherlands will put their foot forward once again as a true driving country as they host this formula 1 competition of the driving sport.

The six editions before, Dutch drivers themselves have been very successful. In 1982 Tjeerd Velstra won his first World title in Apeldoorn, in 1988 IJsbrand Chardon won his first individual gold and he won his fourth gold medal at the Championships in Beesd in 2008.

The Dutch team has also been dominant at Championships held in the Netherlands. Team gold was won at four of the six World Championships: in 1982, 1988, 2008 and 2016.

The Dutch team drivers have accumulated a large number of medals since the first World Championship in 1972 and have been unbeatable in the team competition since 2008 – until the American team won a historic team gold medal in Tryon at the World Equestrian Games this past summer, leaving the Dutch team with a silver medal. 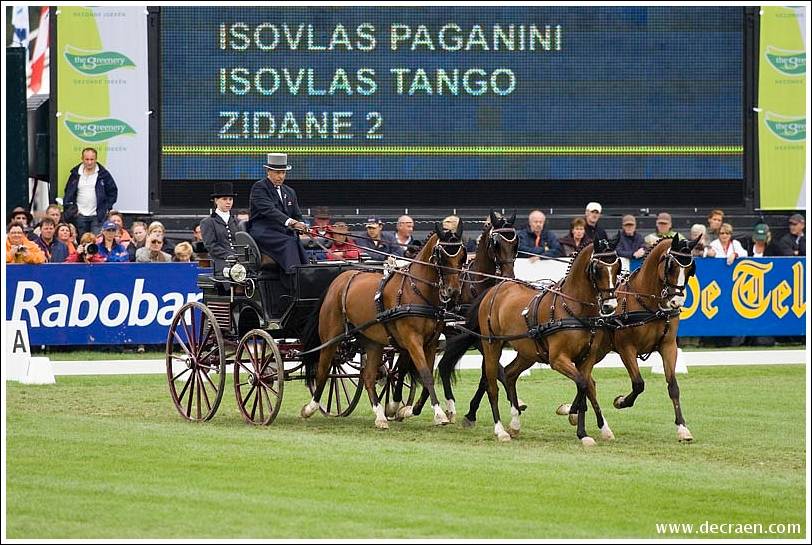 
Team coach Ad Aarts, who was a successful team driver and a member of the Dutch team at several Championships, has a good feeling about a podium for the Dutch team in Kronenberg: “We still have to wait and see if the horses and drivers stay healthy, but the team is very good at this moment. With short-listed drivers IJsbrand and Bram Chardon, Koos de Ronde and Mark Weusthof there is a wealth of both performance and experience. Besides, long-listed drivers Edwin van der Graaf, Hans Heus and Peter de Ronde should not be underestimated and I am expecting that they can also do some good scores.”

Reigning individual champion is Australian driver Boyd Exell who at this moment has five World titles on his name. The Dutch team headed by four-time World Champion IJsbrand Chardon, European Champion Bram Chardon and Koos de Ronde went home with silver in 2018 but they will do everything to reclaim gold in 2020.

It is expected that 60 competitors representing 16 countries will go to Kronenberg to compete at this World Championship.