Despite the late night hour, the Messe Halle in Leipzig was filled with enthusiastic spectators this evening who witnessed Boyd Exell winning the first competition of the FEI World Cup Driving in Leipzig. Bram Chardon finished in second place, Ijsbrand Chardon took the third place. 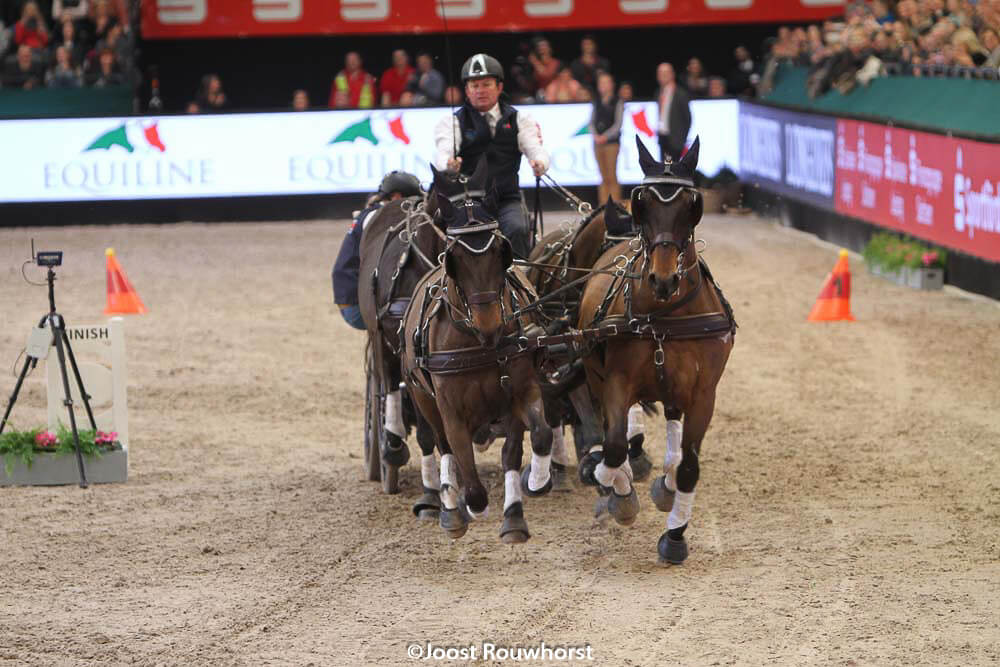 
Germany’s level 4 Course Designer Dr. Wolfgang Asendorf had laid out a technical course for the eight drivers, in which only IJsbrand Chardon had managed to stay clear in the first round, which qualified him for the drive-off. Boyd and Bram passed the finish line in nearly the same fast time, but where Boyd only had one mistake, Bram had two. The difference between Boyd and Ijsbrand before the drive-off however was only 0,59 seconds..

Bram was fast again in the shortened course, but had one knock down. IJsbrand started very fast and it looked as if he was going to put the pressure on Boyd, but with two balls down he dropped to the third place. Last man in the arena Boyd Exell drove his team of horses at high speed through the course and ensured his victory despite two knockdowns.

Koos de Ronde had enough speed in his team, but had three faults and finished in fourth position, ahead of Jerome Voutaz, Chester Weber, Georg von Stein and Edouard Simonet.