After some very nice dressage tests under beautiful weather circumstances, the dressage of the 2* and 3* competition at the Lipica Stud Farm was concluded late this afternoon. Italy's Francesco Aletti Montano is probably the happiest man on the showgrounds. He won the dressage in the 3* horse pairs class with a score of 42,98 and herewith beat his friend and colleague Jozsef Dibak. 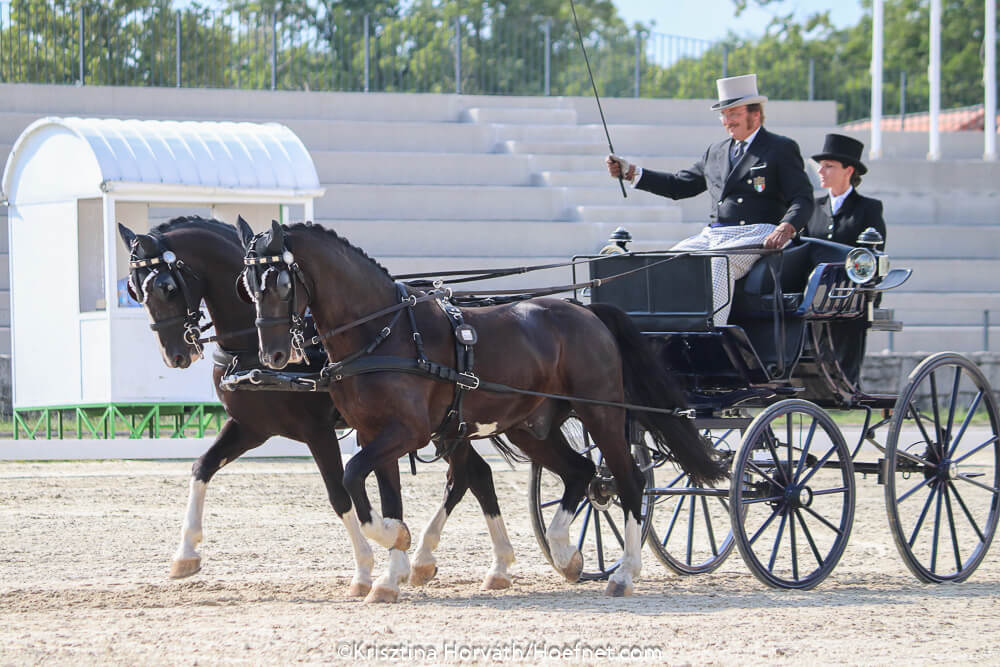 Cristiano Cividini started the 7-year-old KWPN-gelding Handro with whom he finished 8th in the World Championships for Young Driving Horses 2018. Cividini set a score of 44,77 and has taken the lead in the 3* Horse Singles Class, ahead of József Farkas and Flavio Lunardon. 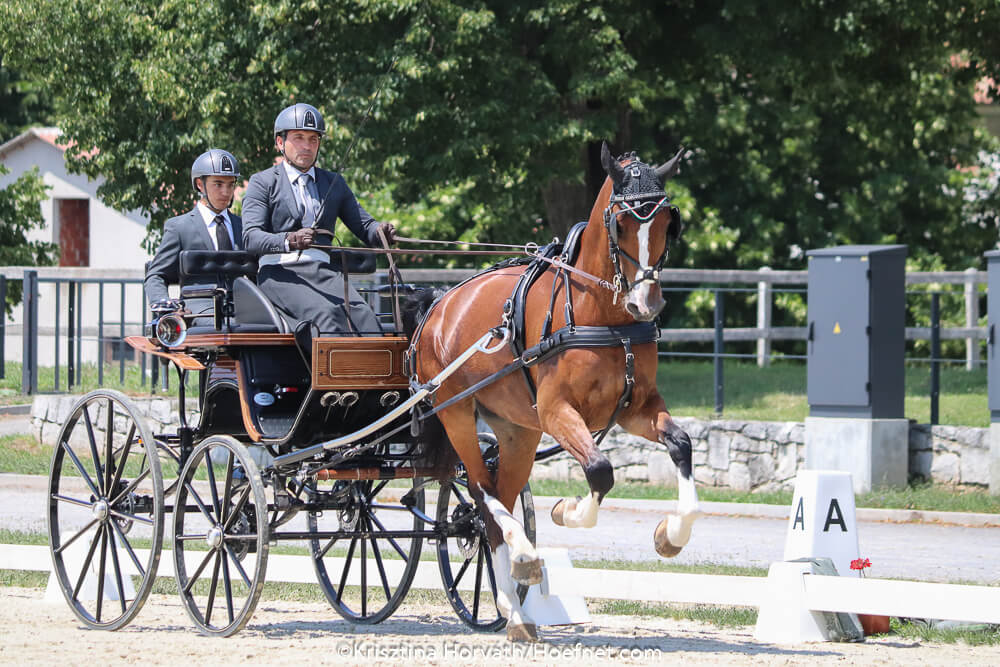 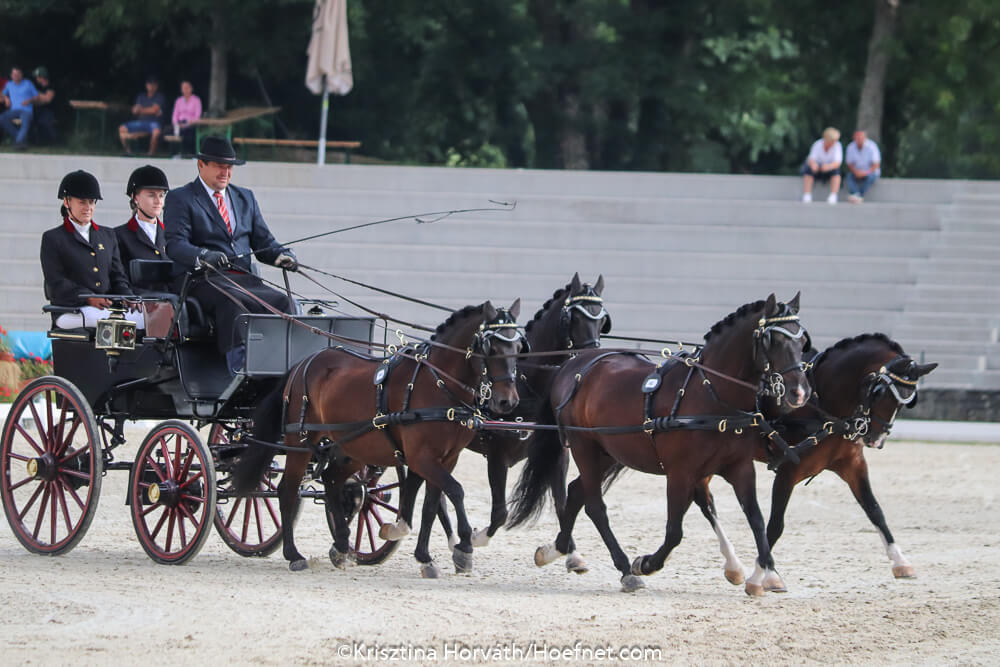 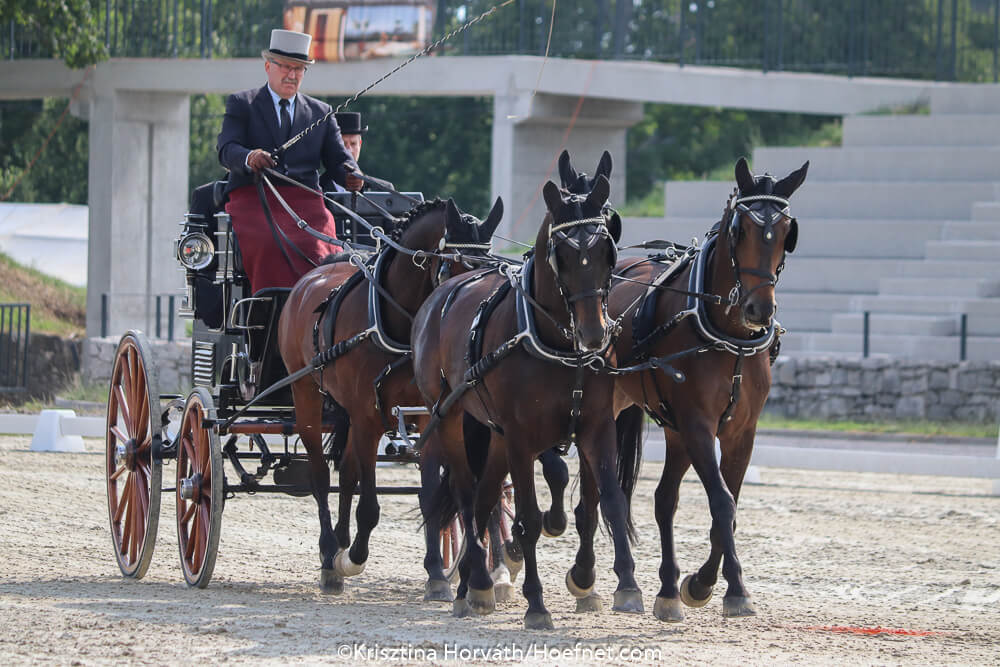 Hans Heus was the sole competitor in the four-in-hand class and set a good score of 54,77 points.
Photo: Krisztina Horváth 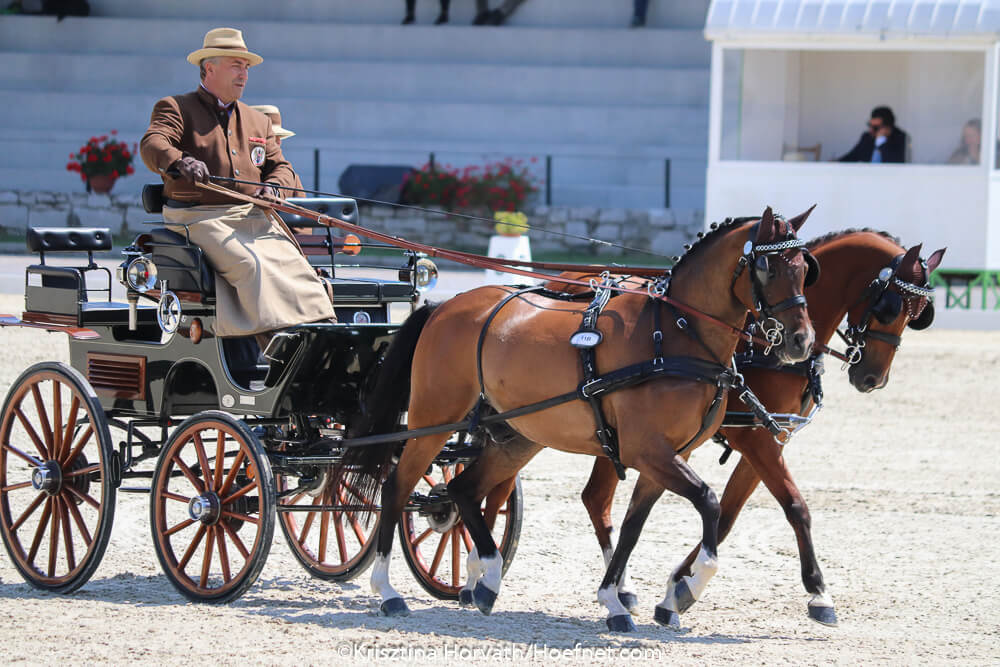 Karl Cvörnjek won the dressage in the 2* pony pair class, ahead of Simone Holzinger and Zsófia Kóvacs
Photo: Krisztina Horváth 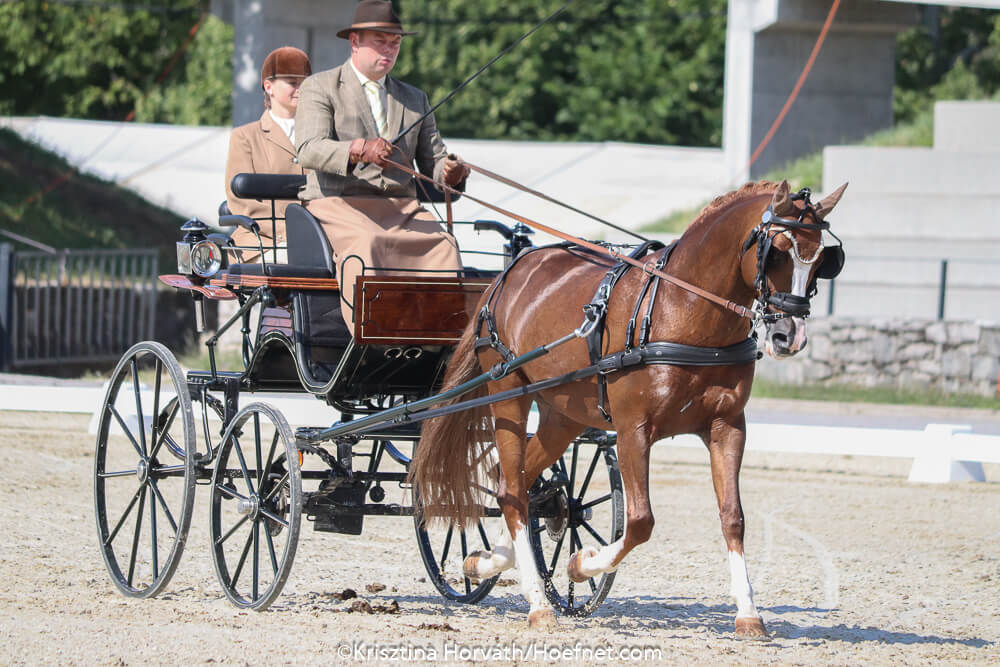 Erich Pürstinger has taken the lead in the 2* pony singles class, ahead of Andrea Pili who competes with 2 ponies.
Photo: Krisztina Horváth 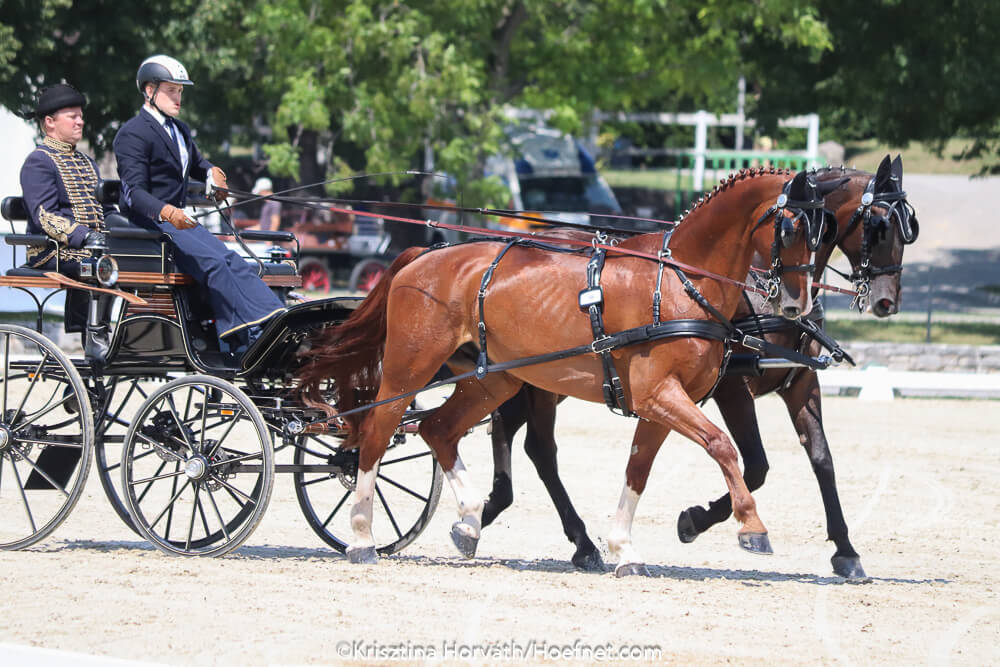 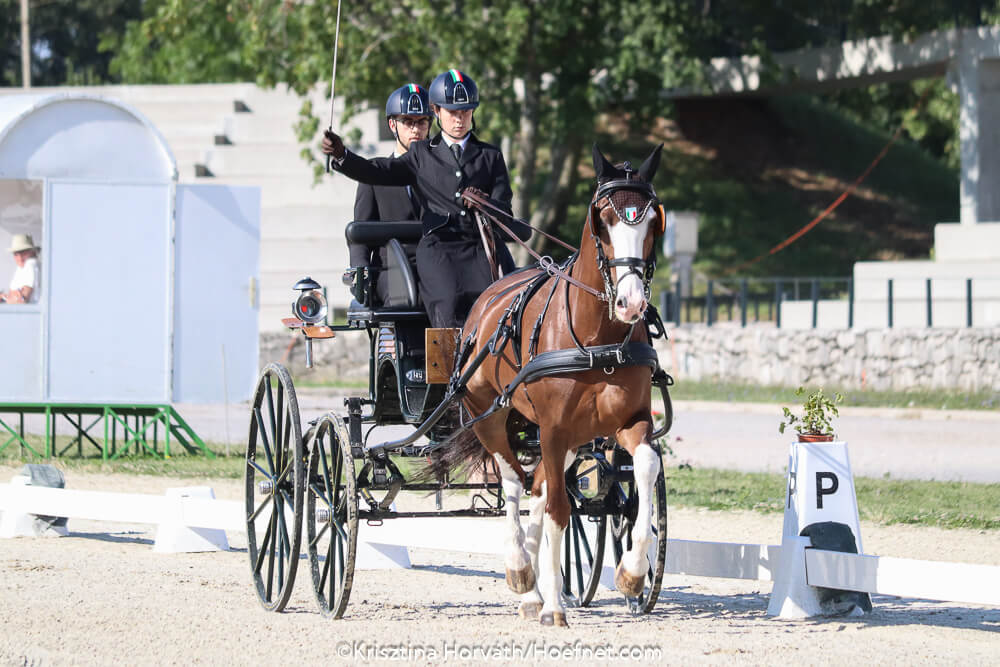 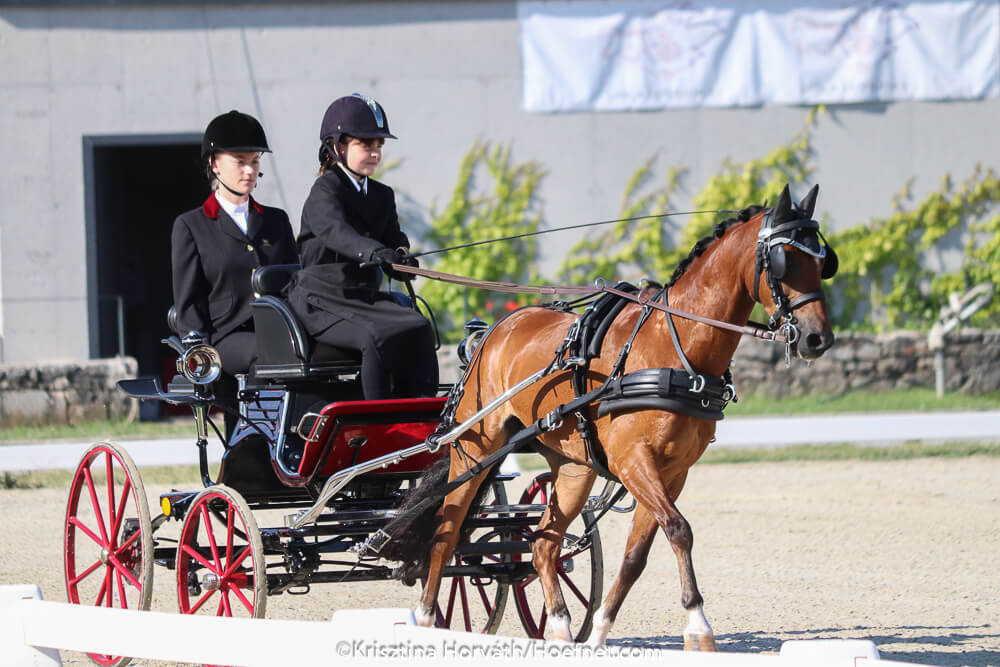