Koos de Ronde was the dominant driver on the first day of the four-in-hand World Cup driving in Mechelen, Belgium. After a very quick and clear first round followed by an excellent second round he was the clear winner and as a result will be the last driver to start tomorrow.


The course that Johan Jacobs set out in the Nekkerhal was difficult. The drivers who drove the shortest lines in both obstacles ran into trouble and as Koos demonstrated, the long lines were not only the smarter but also the faster way to go. His rounds were not only fast, but he was the only driver in the first round to leave the arena without any faults. His time of 140 seconds was not even attainable for Boyd Exell. The reigning World Champion crossed the line with 140,17 seconds but with an unusual 3 knockdowns the penalty points accumulated quickly. Both Father and Son Chardon saw the chance to score but with both having one knockdown Bram, with the faster time of 145,64 moved up into second place and IJsbrand into third.

For home favourite Dries Degrieck, who was driving with a wildcard, the first day was a disappointment when he was disqualified for missing a B-gate in the second obstacle. 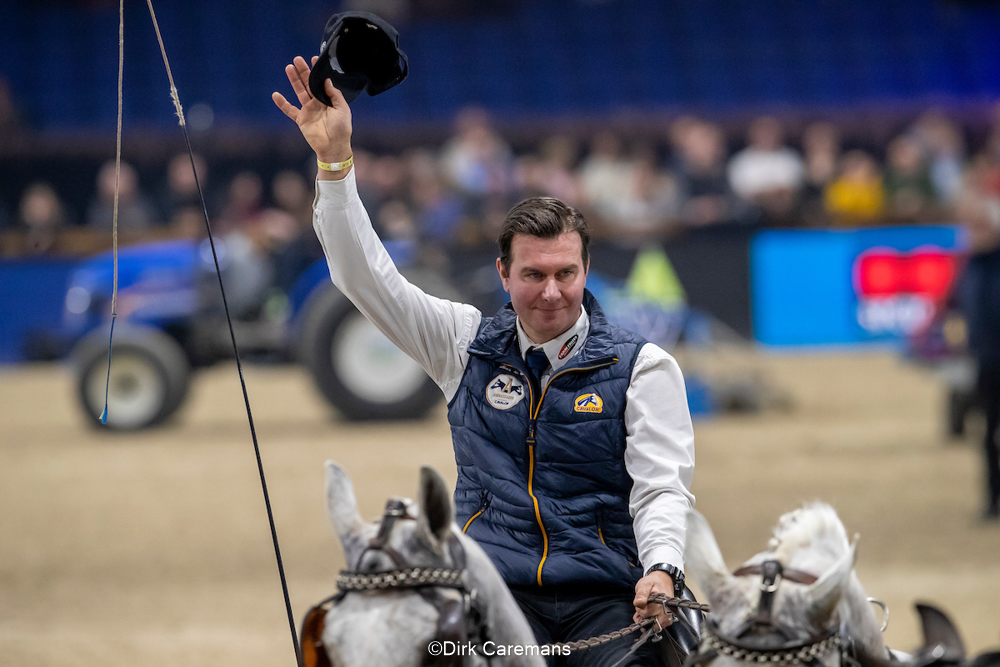 
A fast second round

All of the hitches returned to the ring for the second round, which would be added to the points total of the first.

The second course was shortened with cones 5 and 6 removed as well as one gate in each marathon obstacle. Boyd Exell was determined to get his revenge and drove a blazing fast clean round in 115,98. Both Chardons had 1 ball each keeping their results consistent and as last to drive, Koos de Ronde took no chances, once again drove a lightning fast round and with one ball kept his massive lead from the first round. Exell finished second, and Bram Chardon third.

Tomorrow night at 21.45 the point competition will begin. Koos de Ronde will be the last to drive. 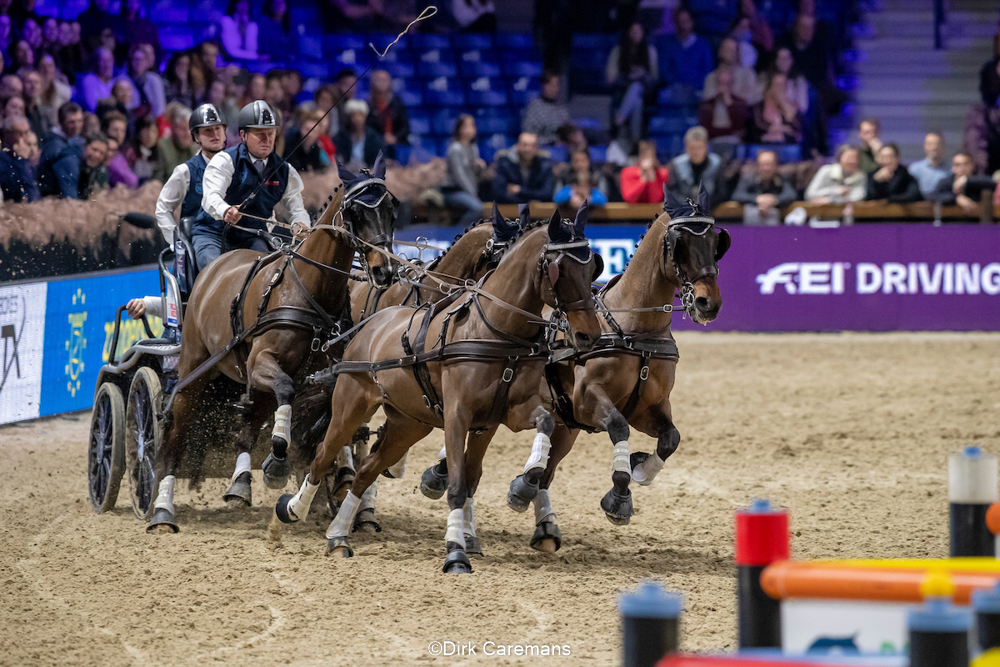