The Netherlands is the partner country of the prestigious CHIO Aachen 2017, which will take place from 14th to 23rd July. The spectacular Opening Ceremony is on Tuesday, 18th July.

Tulips and “Frau Antje”, caravans and windmills: “Of course, it is also about clichés,” grinned the Show Director, Frank Kemperman, a Dutchman himself. And Uwe Brandt, who together with the ALRV team is responsible for directing the show, added: “We would be stupid not to make use of these clichés.” Not in a straight, boring manner, but instead tongue in cheek with plenty of humour.

“We will particularly underline the great friendship and affinity between the neighbours,” continued Frank Kemperman. He is especially looking forward to his fellow countrymen.

They have often enough in the past proved that they put in top sporting performances in Aachen, and the Germans also know that the Dutch are real party lions.

They will have the opportunity to prove this from 8 p.m. onwards on July 18th – at the Opening Ceremony of the CHIO Aachen 2017. Last year’s show set new benchmarks and the visitors can look forward to this again in July. Because “CHIO Aachen, means top equestrian sport, but also outstanding entertainment,” stated Carl Meulenbergh, President of the organisers, the Aachen-Laurensberger Rennverein.

Speed is a decisive factor when it comes down to keeping the audience entertained: “We have to keep up the rhythm without any breaks in between, that really goes down well with the audience,” revealed Uwe Brandt. The biggest challenge is the stadium here: “It holds 40,000 spectators, that is a larger stage than I am used to,” joked Brandt, who is the Director of the Grenzlandtheater in Aachen in his “normal” life.

The partnership is also being supported by the Dutch Royal Family. In this way, not only the mounted guards of honour can be experienced in Aachen, but also the Royal carriages will be rolling into the Soers. Whether representatives from the Royal Family will also be coming to Aachen, is not yet known. 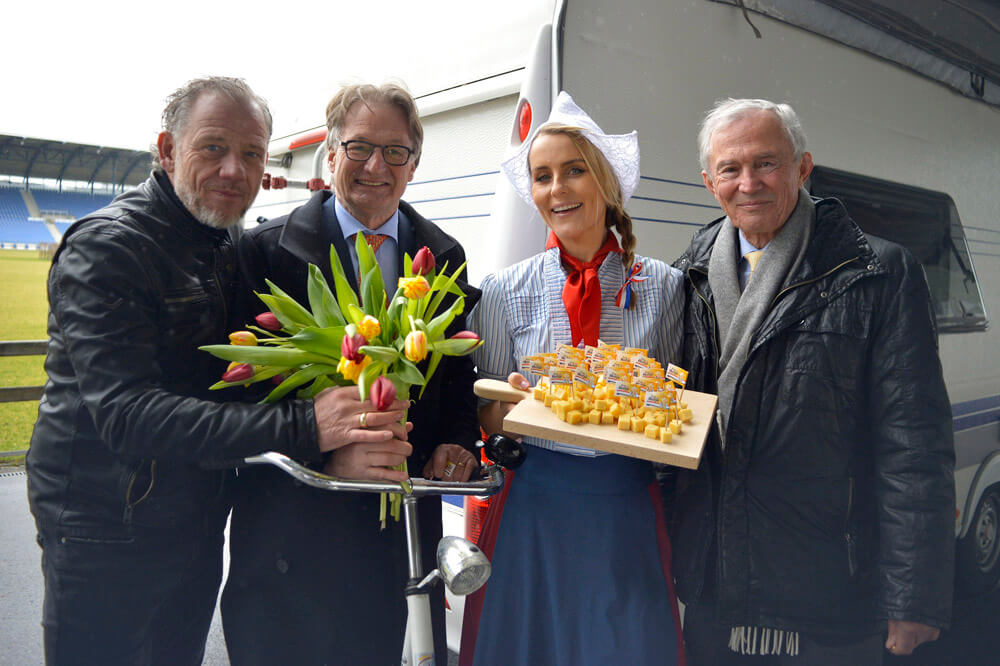