Pratoni del Vivaro is getting ready for the Test Event

From May 18th through 22nd, in Pratoni del Vivaro, Italy, the test competition for the FEI Driving World Four-in-Hand Championships in September is being held. This 2* and 3* competition is being held for singles, pairs and four-in-hand horses and ponies. 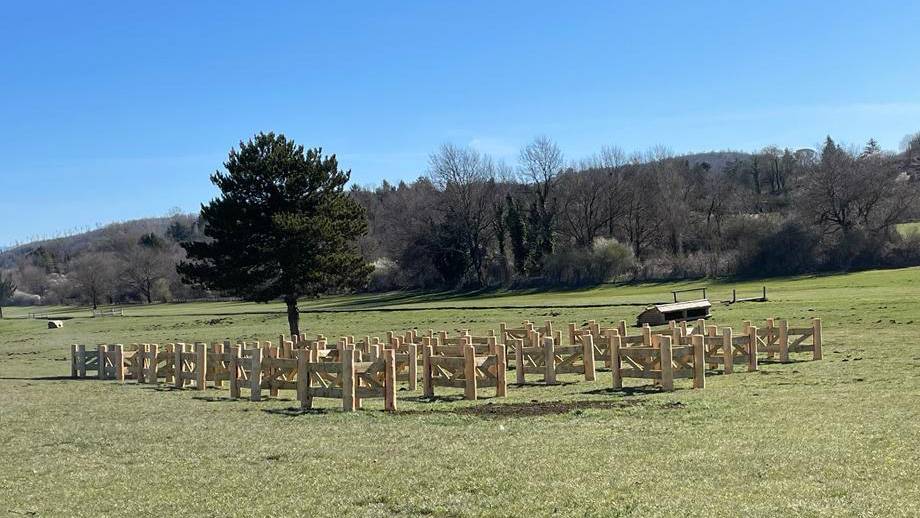 For the test event, course designer Josef Middendorf from Germany will be using 6 obstacles that have been built on the World Championships grounds. The dressage and cones tests will be held on the same grass arena as the one for World Championships.

This competition is not only a unique chance to practice on, and become familiar with the World Championships grounds, but it is also a fun new competition on the international driving calendar.

There is great excitement surrounding the FEI Driving World Championships 2022 that will be held the week after the Eventing Championships planned for September 22nd to September 25th.
The historical equestrian centre, not at all far from Rome, has so far successfully hosted one unforgettable Four-in-Hand Driving World Championships in 1998 during Rome’s World Equestrian Games. At an individual level the star gold medal winner was Switzerland’s Werner Ulrich with silver going to Germany’s Michael Freund and bronze to Holland’s Ton Monhemius. Team gold was won for the fourth time by the Dutch (with Ijsbrand Chardon, Harry De Ruyter and Ton Monhemius), while Germany and Sweden took silver and bronze. The World Single Driving Championships were also held twice with great success at Pratoni del Vivaro in 2006 and 2010.

The staff of the Pratoni 2022 Organising Committee has been at work for months. To host this event all the training and competition areas have been renovated. The course for the marathon has been rebuilt ex novo. The OC for the Driving Championships at Pratoni del Vivaro includes Giuseppe Della Chiesa as Sport Director, Carola Brighenti as Sport Manager, Birgit Rosenberg and Fritz Otto-Erley as Sport Consultants, Giulia Rocchetti, Coordinator of the Show Office, entrusted to Cindy Timmer, while Jeroen Houterman is the FEI’s Technical Delegate. As mentioned above course designer is Germany’s Josef Middendorf who will be assisted by Italy’s Gabriele Panier Suffat.

The following is the comment made by FEI Director Driving, Manuel Bandeira de Mello, after a visit made to Rome for an FEI Workshop held at the end of November at Pratoni del Vivaro. “I am looking forward to a great edition of the Driving World Championships. Pratoni is an equestrian centre with great traditions and is easily accessible and so I trust that there will be a significant participation of the main equestrian federations most active in this equally traditional discipline. Driving is a discipline that is becoming increasingly popular all over the world and I am sure it will attract the interest of a significant number of participants and supporters”.