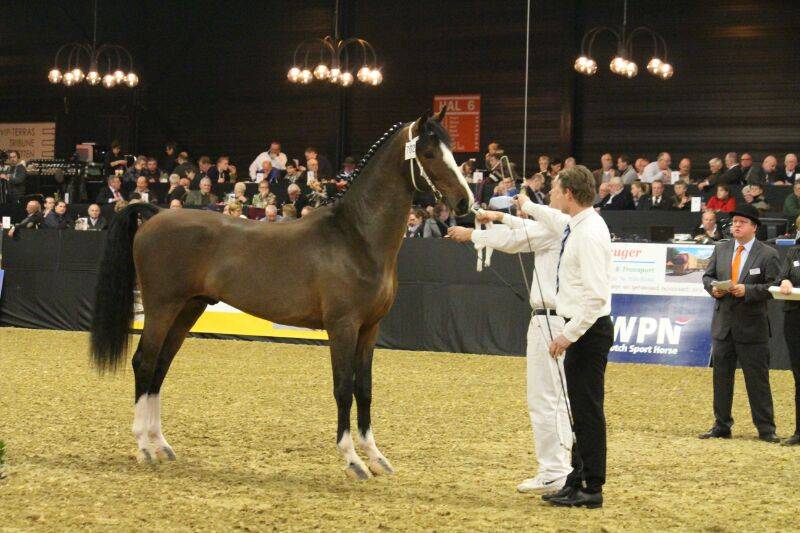 “These stallions really appealed to me, they are nice horses with a lot of quality. In my opinion they were the best of the day, I am really pleased with this purchase,” says Mieke van Tergouw. Both stallions are selected for the second viewing at the KWPN stallion test next week in ‘s-Hertogenbosch.
The good mover Gigant is owned by Mieke and Aris van Manen. Gigant is bred by the Kleuskens family from Meterik and is from the harness horse family with a.o. Leonard, Oda, Karoda, Candor, Elina and the well-known Vlam, who has 239 points behind his name. Gigant impressed last summer at the harness horse days in Ermelo in the two-year-old class where he finished 4th. This stallion has a wonderful posture and type and will be presented by Van Manen at the stallion test in ‘s-Hertogenbosch.

Gouveneur is bred by Berry van der Genugten from ’s Gravenland. Van der Genugten is very enthusiastic about the good character of Gouveneur: “We have taken Gouveneur out of the field in September. He was a beautiful horse already, but he has improved a lot by the work that we did with him in the past months. He shows very good character and willingness to work. Hardenberg was the third performance for Gouveneur; he performed for the first time in December in Hulshorst where he reacted really well to the spectators, the music and other horses. He was selected as second horse out of 30,” says Van der Genugten.
Van der Genugten has won many prizes with Gouveneur’s mother, Umantha: “After many successes we decided to use Umantha for breeding,” tells Van der Genugten. “She is a very fine mare and has already bred several foals with willingness to work and a good character.”
Berry van der Genugten will present Gouveneur for Riant during the second viewing in s-Hertogenbosch. 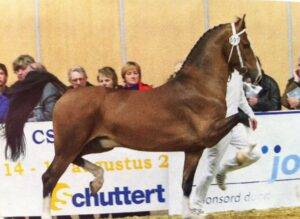