The sun shone brightly on packed stands at both sides of the Cones arena. The course, designed by German Level 4 Course Designer Josef Middendorf, was challenging, 3 sets of serpentines, 4 sets of “skinnies”, some doubles and lots of tight corners. 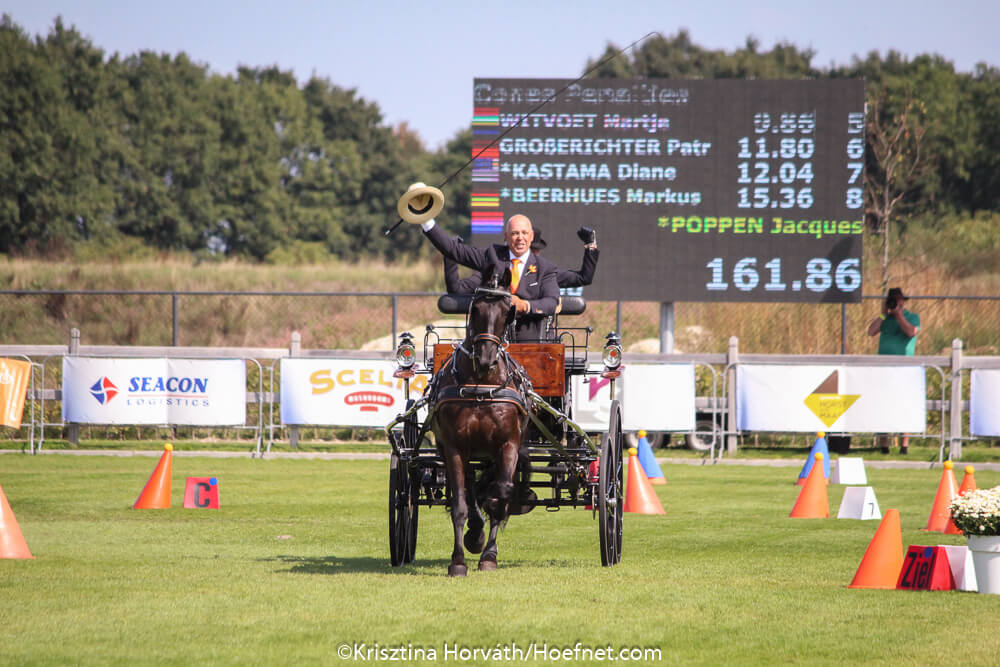 The Para entries drove during the middle of the day and were a treat to watch as they maneuvered the course. None went clean but Jacques Poppen (NED) had the fewest penalties with only one ball down. So, his cumulative score of 123.29 made him the overall Gold winner in the Grade 1 category of Para drivers. Heiner Lehrter (GER) maintained his overall second for Silver in this division with a score of 142.29. Handicapped by thalidomide, he is the only German driver that has competed in all World Championships. And Martje Witvoet (NED) won Bronze with 148.38. The Dutch audience was ecstatic with the excellent showing from their homeland.

The same countries repeated their wins in Grade 2 Para. Francisca Den Elzen (NED) continued her lead in all three divisions for Gold with a total score of 121.43, followed by Silver for Alexandra Röder (GER) at 135.29 and Aad van Marwijk (NED) with 153.80 taking home Bronze.

The Dutch Team won the Gold Medal, ahead of Germany and Great Britain. 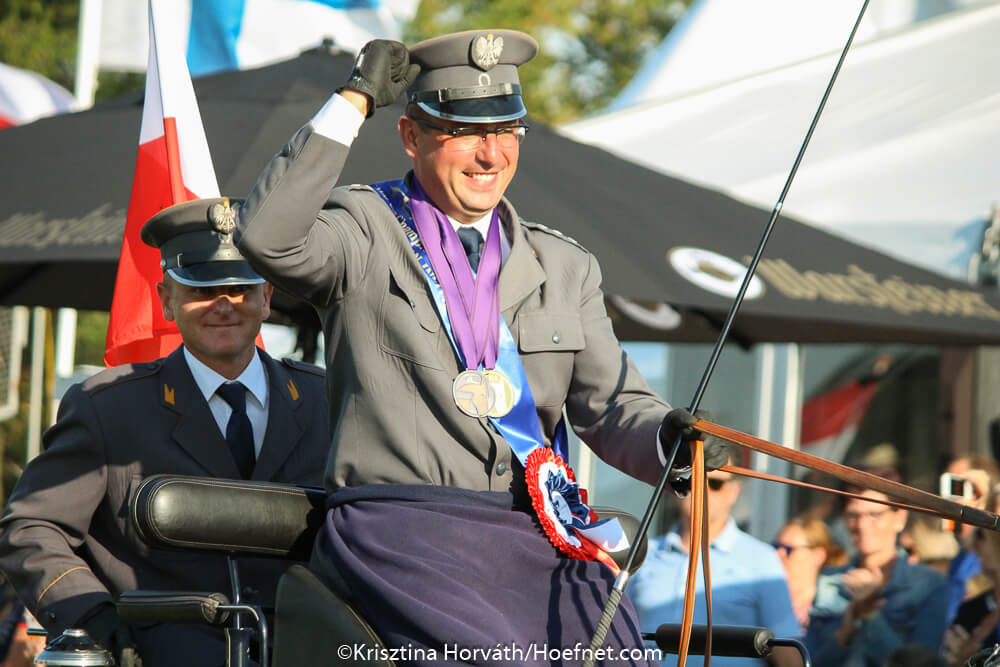 
The Singles exhibited some excellent drives with six drivers going double clean. It was anybody’s game right to the end. Saskia Siebers (NED) came into this final phase with 139.45, only 0.18 behind leader Bartlomiej Kwiatek (POL) and went clean in Cones but had a 0.41 time penalty giving her a final score of 139.86. When Kwiatek entered the ring, the whole crowd went silent as they all sat on the edge of their seats. To hold onto his lead, he had to avoid a 3 point penalty knockdown and stay very close to within the 180 second time allotted. Everyone held their breath as he passed cone after cone. When he finally completed the course double clean, the crowd erupted into cheers lasting several minutes. Bronze went to Marion Vignaud (FRA) with a total score of 144.00

The colorful final ceremony celebrated the Team victories of The Netherlands taking home Gold for the first time in the history of Single Driving Sport with a cumulative score of 283.87, France achieving Silver with 287.73 and Poland taking Bronze with 293.44.