In just one year the World Championships for four-in-hand horses Limburg 2020 will begin! Behind the scenes work is already well underway to make this event a huge success and to further promote equestrian sport in the Province of Limburg. 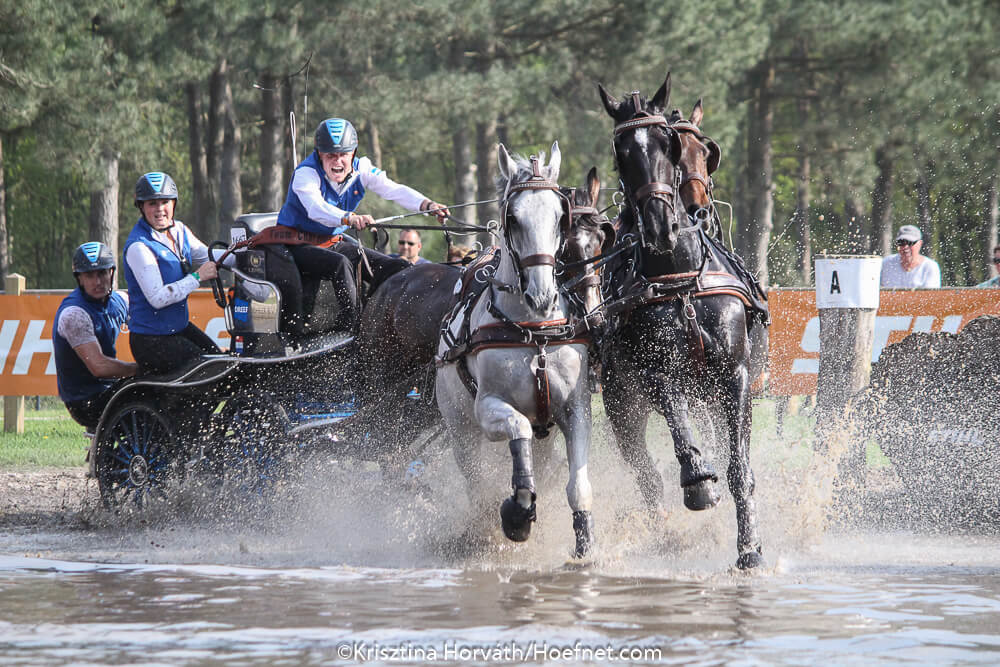 On Wednesday 2 September 2020 the World Championships will kick off with the horse inspection and the opening ceremony. The following two days will see the expected 50 competitors drive their dressage tests, and on Saturday 5 September the spectacular marathon will be driven on the main grounds, with eight beautiful obstacles including two spectacular water features. The competition will close Sunday 6 September with the cones, the deciding factor on who will be named World Champion for the next two years. Reigning champion Boyd Exell from Australia will be challenged by among others, the new European Champion Bram Chardon.

Preparations for the event are well underway. Since the international competition this past April when the World Championships were officially launched, the organization has been busy getting everything set for the competitors, spectators, sponsors and vendors. A new layout and routing will optimize the experience for everyone.

The World Four-in-hand Championships Limburg 2020 will be held from 2-6 September on the grounds of Grandorse in Kronenberg, the Netherlands.