World class drivers flock to Valkenswaard to compete in the 5th edition of Driving Valkenswaard International from July 28 to August 1. The wonderful site of Exell Equestrian in Borkel en Schaft is the backdrop for this great event. The competition will be held without spectators.


Last year October, everything was arranged up to the smallest details to host the World four-in-hand Championship in Valkenswaard. Unfortunately, the event had to be cancelled last minute due to the corona restrictions. The organisation decided from the start of the preparations for the 2021 edition to hold the event without spectators to make the competition corona-proof. The safety of competitors and volunteers is paramount: “It is of course a real pity that we have to run the competition without spectators,” explains chairman Ludo Hertroijs. “But the competitors are important, and they all look forward to a nice event. We will do everything to ensure a good competition.”

The horse team drivers not only compete for the individual prizes, but there is also a Nations Cup. Four out of the nine competing nations will compete in the nations competition. The competitors can furthermore win valuable points for the World Cup. Host Boyd Exell will start, but the complete Dutch, Belgian, French, and German top have also entered. DVI is an important preparation event for the upcoming European Championships in Budapest at the start of September.

Test event for the World Championship

The horse pair drivers will use DVI as one of their last selection and qualifying events for the World Championships Limburg 2021 in Kronenberg from September 8 to 12. Reigning World Champion Martin Hölle from Hungary is on the starting list as well as the recently crowned Dutch Champion Raymond Letteboer. After Valkenswaard, Dutch team coach Ad Aarts will announce which 9 competitors will get the honour to represent the Netherlands at the first ever World Championship for pairs on their home grounds.

After the dressage on July 29 and 30, the competitors will drive the marathon on Saturday, July 31. The winners of Driving Valkenswaard International 2021 will be announced after the obstacle driving competition on Sunday, August 1. 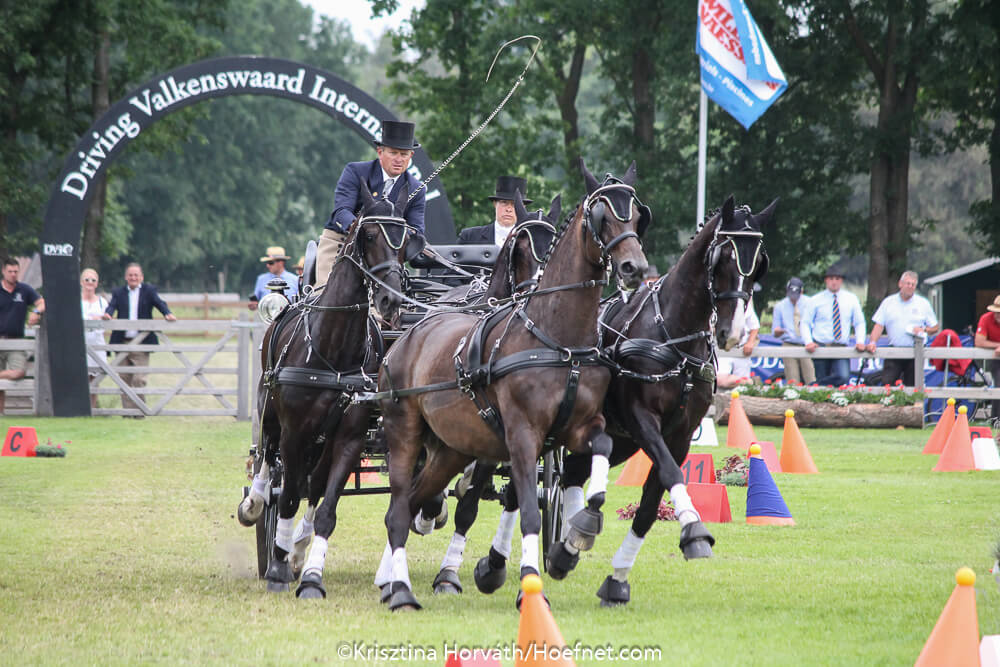