Bill 22 – considered as the fastest four-in-hand lead horse in the world, has died peacefully at home whilst out grazing in the fields on 19 August 2013. Bill competed in both outdoor international competitions as well as indoor World Cup™ shows.

A bay Orlov trotter in his early 20s, Bill has 81 international show stamps in his passport and has taken part in excess of 150 shows, including national events in Britain and Germany.
Boyd Exell's winning streak all started with Bill helping Boyd collect a bronze medal in Beesd 2008. Their partnership, which started in 2007, went on to win four consecutive World Cup™ Finals, along with numerous World Cup driving shows and winning in Aachen, Beekbergen, Vecses, Deauville and Royal Windsor. Of course winning was not new to Bill. He had already won five World Cup™ finals with his previous owner, Michael Freund. 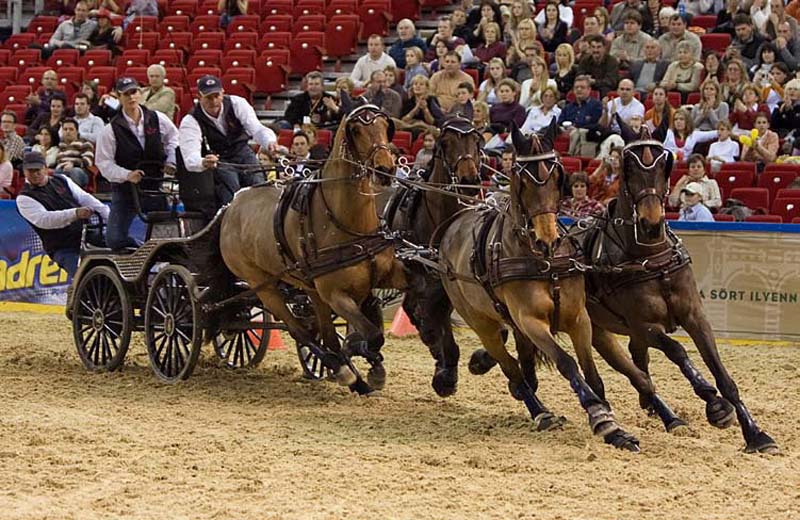 Bill in the right lead

“Bill taught me that you could trust him at top speed through the obstacles and he could still be careful and responsive,” says Boyd Exell.
Bill was quite a character “Bill knew what he wanted. He liked his routine, the people he knew, and he definitely didn’t like vets!” tells his groom Michelle Kenny. The other competitors always looked, watched and noted to see if Bill was unloaded off the lorry at the shows!