Henriksson has been responsible for the course of the FEI World Cup™ Driving leg in Stockholm from the beginning and also built the courses for the Finals in Gothenburg from 2002 to 2007 and in 2009.

Bert Jambon is President of the Ground Jury in Bordeaux, he will be assisted by French judges Anne-Marie Turbé and Jacques Tamalet. 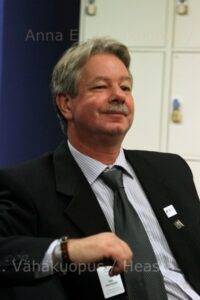