The international pony driving competition in MInden, Germany, will take place from Thursday 15 to Sunday 18 August 2013. This year, Minden has the honour to present the ´In Memoriam Heinrich Berning Prize´. The prize will be presented to the best pony four-in-hand driver. 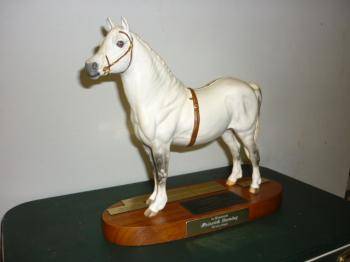 The ‘In Memoriam Heinrich Berning Prize’ was last year presented at the Bodensee Classic in Bregenz (AUT). The trustee of this prize Eyk Backer has decided that Minden will this year get the honour to present this prize to the overall winner of the pony four-in-hand class. Minden is a unique international top sport event for ponies. Eyk Backer is therefore the opinion that the prize will be at its place during this competition because the character and the idea behind this prize perfectly match with the goals of the event. Both Bregenz and Minden are organised every other year.