Live Oak 2019: Weber and Miller in the lead after Dressage 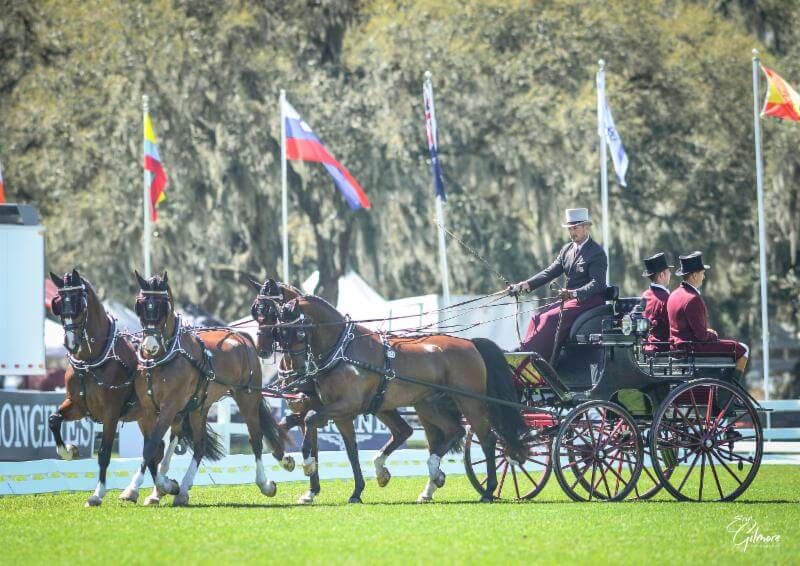 Weber, the 2018 FEI World Equestrian Games (WEG) team gold and individual silver medalist, drove his talented team of horses to an impressive dressage score of 38.26.
“It’s always a challenge to compete at home. My horses stay in their own stables, so they come up here and it’s a different atmosphere,” Weber said. “They’re used to coming up here and seeing nothing but grass and maybe a cow or two, and now there’s spectators and white tents and advertisements from our wonderful sponsors. Frankly, they were really good.”

Weber is followed by his WEG teammate, Misdee Wrigley-Miller, in second place. She and her foursome earned a score of 43.45.
“Today my leaders were spot on. Driving a team of four horses, to get everyone just right at the right time, is like finding a unicorn. I had one get a little nervous in the atmosphere, but we’re all super pleased with the test today,” she said.
Lisa Stroud currently holds third place on a score of 57.77, and Paul Maye is fourth on a score of 68.43. 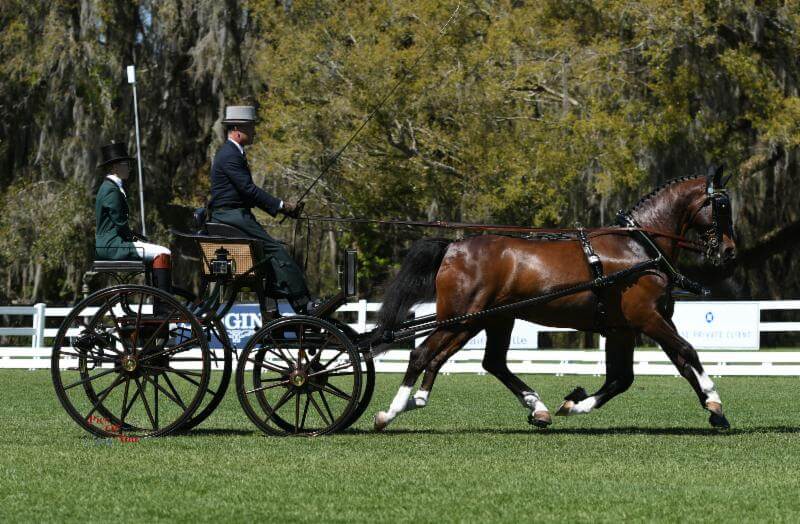 James Miller rocked his dressage test Thursday morning, driving to the lead in the USEF Advanced
Pairs Combined Driving National Championship. This is a new pair for Miller, but his duo’s performance looked anything but inexperienced as they earned a score of 53.91.
“They felt good. They felt sometimes a little too good, but we get that out of horses in a performance ring like Live Oak’s. It’s always a challenge to go from quieter shows to a show with more atmosphere like this,” Miller said.
Steve Wilson’s pair earned a dressage score of 58.77, which sits them in second place.
“I always get anxious about dressage. There’s never a perfect day, but I’m happy with how I drove, and I’m looking forward to marathon and cones. In this sport it usually boils down to the last day,” Wilson said.
Other Thursday dressage leaders include Jennifer Keeler in the FEI 2* Pony Single division; Nifty Hamilton in the FEI 2* Horse Single class; and Carina Crawford in the FEI 2* Pony Pairs division.
Click here for all information.