Early this morning at 8.30 am the 19th season of the FEI Driving World Cup™ started in Lyon, France. Despite the early hour the stands were well filled and the spectators could enjoy very exciting driving sport. Australia's Boyd Exell set the tone and won this first class, allowing him to start last in tomorrow's World Cup competition where the first World Cup points will be distributed. 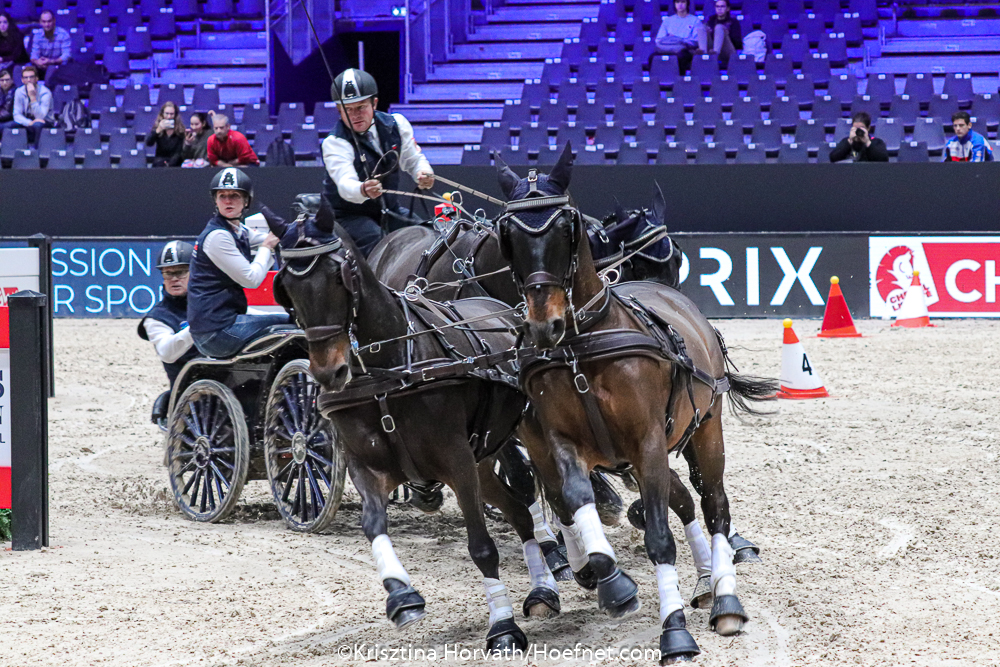 Boyd was the only one of the seven competitors who stayed clear in the first round, driving his team fast and fluent through the nice course, designed by Jeroen Houterman. World Cup Champion Bram Chardon missed a place in the top three with three knock downs and finished in fourth place. His compatriot Koos de Ronde drove his team at high speed through the course in both rounds. However, the Dutch Champion made a small mistake and had three balls down in the second round, putting him into third position.
Winner in Lyon 2018 Jérôme Voutaz felt very much at ease in the beautiful arena in Lyon. The Swiss car mechanic by profession set the fastest time in the first round and was very fast in the drive-off which took place over a slightly shortened course. Unfortunately he also had three knock downs but could be happy with the second place.
Last man in the arena Boyd Exell, who starts for the first time in Lyon, set the fastest time in the second round. A knock down at the last cones gate did not keep him from winning the first competition of this season.