The very successful international driving event for ponies this weekend in Minden, Germany, finished today with the obstacle driving competition. The overnight leaders held on to their first places and went home with beautiful prizes. 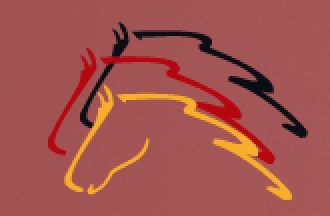 Jan de Boer won the pony teams class, ahead of Tinne Bax and Steffen Brauchle. Thomas Bär, Michael Bügener and USA’s Kathy Whaley drove double clear rounds and occupied the top three in the obstacle driving competition.
Leader in the pony pairs class Marco Freund confirmed his role as one of the favourites for a medal in Pau by driving a double clear round and securing his victory. Axel Mancaux (FRA) finished second in the cones, also with a double clear round. Reigning World Champion Dieter Baackmann finished second in the combined competition, ahead of host Christof Weihe. 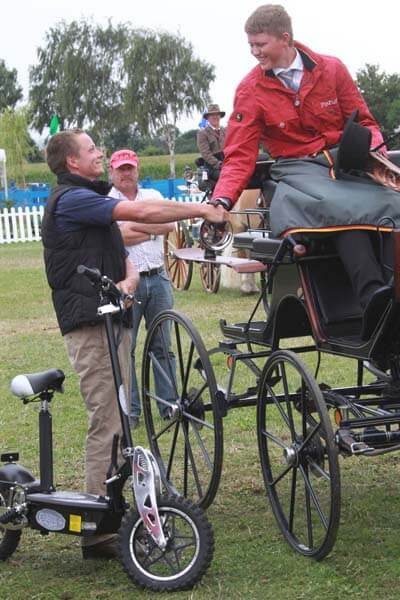 Weihe’s daughter Jacqueline Walter had an extremely successful weekend. With Maverick she won the combined competition, ahead of Martin Hölle and Peter Koux, who set a double clear round. The 21-year-old competitor from Minden drove a double clear round with her second pony Cathy’s Tabor with whom she finished fourth overall. 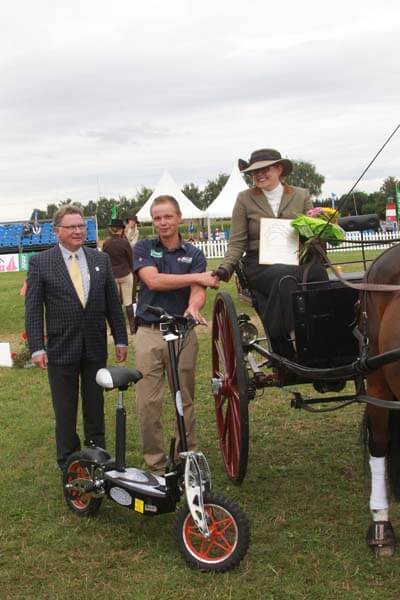