After an exciting battle in a very sunny Oirschot, the Dutch pony drivers mounted the podium to receive their medals of the Dutch Pony Driving Championships. Tamara Pijl won gold for the first time in her career in the Pony Single Class, just after she decided to withdraw from the sport. Melanie van de Bunt renewed her title in the Pony Pairs Class, while Marijke Hammink won gold for the second time in a row after a strong performance with her Pony Team. 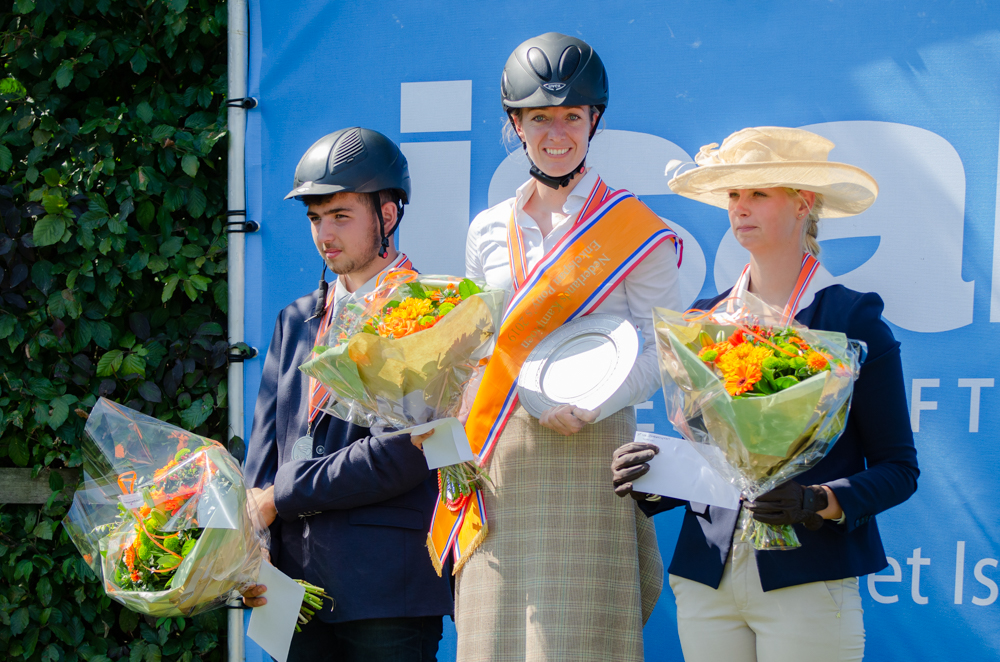