After very heavy rain fall and thunder and lightning from Saturday after the marathon until Sunday morning, the sun came through again at the Showgrounds in Pleternica. The competition started 1,5 hours later than planned, but the weather circumstances were ideal for both horses and drivers. The CAI2* and the Croatian National Championships for Horse Singles and Horse Pairs came to a proper end after the good cones competition. 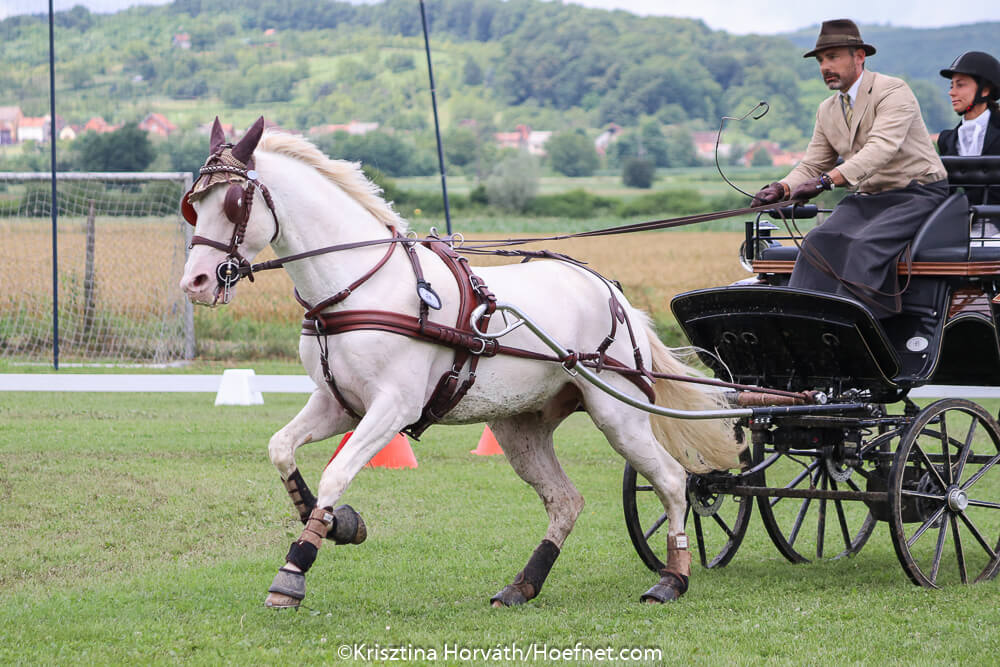 After Luca Cassottana won the dressage and the marathon, he also won the cones and the combined competition. József Farkas finished in second place.
Photo: Krisztina Horváth 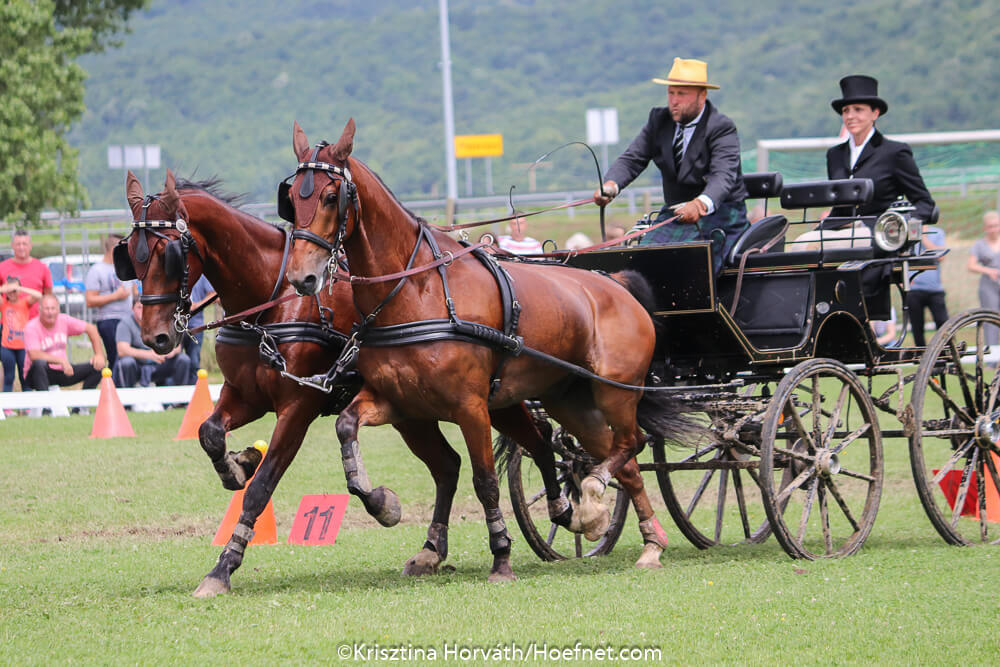 Jozsef Dibak drove the only double clear round, held on to his leading position and won, ahead of Luca Cassottana and Marko Vidadic
Photo: Krisztina Horváth 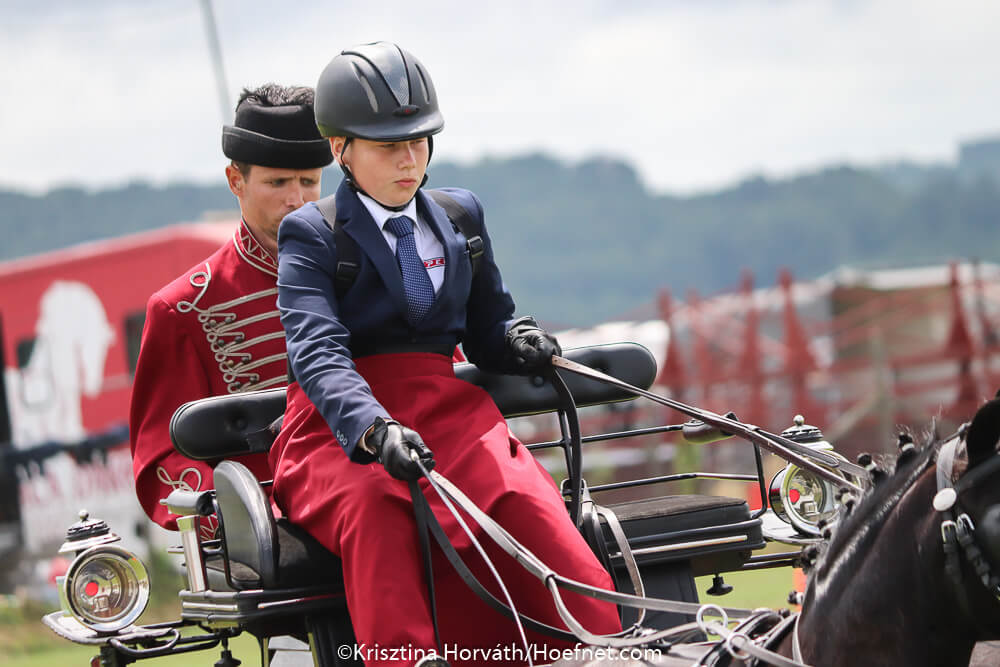 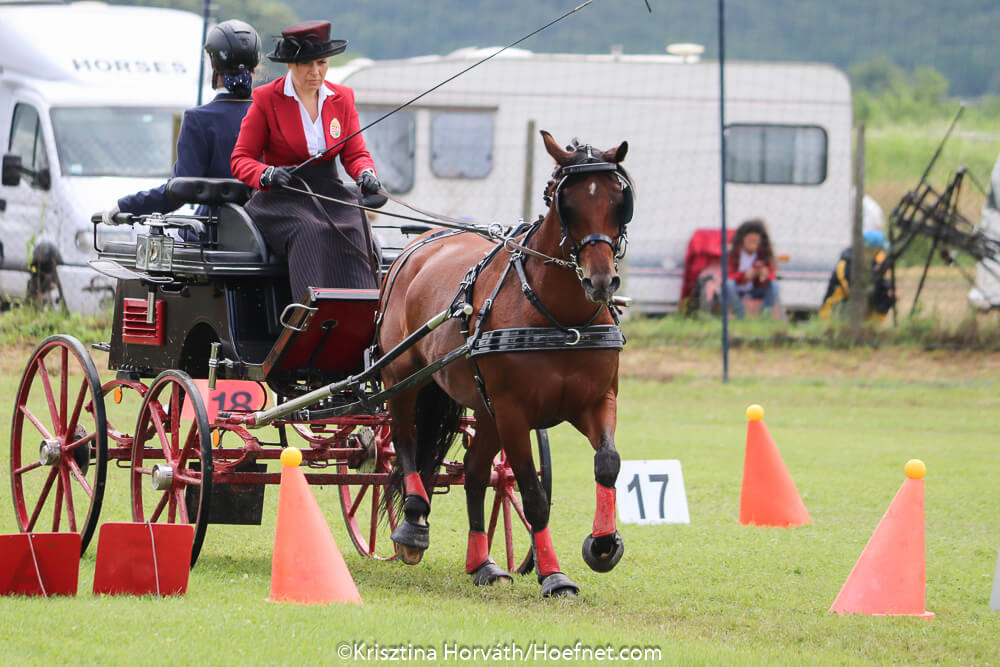 Szilvia Gaspar has completed one of her qualifying competitions in Pleternica. She won the single ponies class ahead of Sándor Karsay, who competed with 2 ponies
Photo: Krisztina Horváth