Successful FEI Clinic at Stow on the Wold

Almost 40 FEI Judges, Course Designers and Technical Delegates from seven countries, including the USA, attended The Unicorn Trust at Stow on the Wold, for the annual National and FEI Clinic last weekend. Hosted by Sydney Smith, this was a well organised affair.

Joaquin Medina (ESP) Richard Nicoll (USA) and Philip Bateman (GBR) were the Course Directors. Friday afternoon started with the Official FEI introduction and a joint session for all FEI participants to prepare for the start of the main Clinic. The first session had an introduction, followed by a discussion on the 2017 Rule Amendments and some debated arguments on the addition of the Oxer to the Obstacle Cones Driving: Joaquin Medina is consulting the Rules Committee for some clarifications, before the Season gets into full swing. 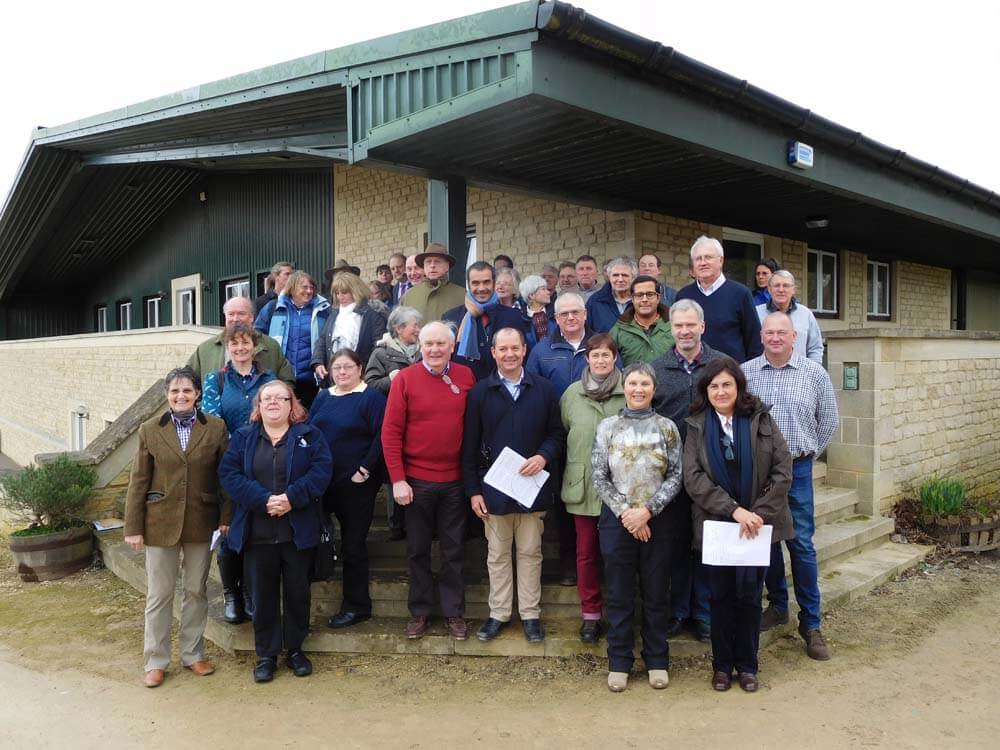 Saturday, itself, began with a short welcome and reminders about Event Officials’ respective responsibilities and duties, which was followed by a discussion on the BC rule amendments for 2017 after this the FEI and National groups split up to began their respective clinics.

Joaquin Medina impressed the judges with his approach, looking for good basic training of the horse. Judging on the continent places greater emphasis on the horse’s way of going and correctness of paces than it does in Great Britain, it was noted. Naturally, a better understanding of what is required and a closer match of judges’ marking will help British drivers at every level. After lunch the new BC Test for Singles was demonstrated by Lucy McGill in the Outdoor Arena and this gave the Judges plenty to talk about. For the FEI Judges the introduction of an individual Oral Test lasting 15 minutes for each participant was a completely new slant on things for some.

Richard Nicoll emphasised the importance of teamwork among all officials at an event and re-visited the basics of cones course design. He discussed obstacles, materials and ideas and kept lively discussion flowing through his various presentations. On Sunday the Course Designers built an Obstacle Cones Course, indoors, with more discussion on Oxers and Lucy demonstrated various different ways to drive between Obstacles. Stopwatches were out and all saw the differences by seconds of the different options the Lucy was asked to drive.

Philip Bateman took the Technical Delegates through some intensive training, with both a passing in test and when they had finished a passing out test. Sunday morning after discussion on cones, all put on warm clothing, to measure the newly built cones course and came up with some interesting comments and measurements. The Course Designers put in some deliberate mistakes, to fool the Technical Delegates, but to no avail as all were discovered.

On the social side, Unicorn host Sydney Smith was pleased to welcome the conference participants back again and Fran More produced an elegant three-course dinner which was enjoyed by all on Saturday evening. The social and networking aspect of the weekend is a key point, when new friends are made and working relationships are forged. Everyone there could make a contribution and join in discussions based on their own experiences.