Today as well, everyone was treated to the sun. In the main arena by the Equestrian Center there were two cones courses set up, so that in the beginning of the afternoon the competition was finished. Both cones courses were quite difficult and hardly anyone came over the finish without penalty points.

The course for single driving had many turns and a few difficult combinations. Therefore it was not possible for most of the drivers to finish within the allotted time.

The Swedish Jonny Sjödin and his pony Why Me drove a faultless round within the time. With that he put the pressure on the other participants in the two star competition because it seemed that he was aiming for the victory. The last to start, Renate Provoost, drove strong, but it stayed exciting to the end. At the last oxer, number 20, her pony Quibus ducked quickly to the side, which gave her a ball and put her just out of the time as well. However, she could take the 3,76 and still win. Jonny Sjödin was second.

In the single driving ponies three star competition, Brent Janssen with his pony Power Boy drove the only double clear. With that result, he ended third overall. The leader Marije Willemsen had only 1 ball, but her time was much too slow, giving her 20 time faults. The winner of this class was Johan Herner who also won the marathon yesterday. His Welsh pony, the breeding stallion Stortebekers Big Cracker was good on the aids again today, and they earned hardly any time faults and had two balls. Marloes van ’t Veld had two balls as well and 0,5 for going over the time, which brought her a nice second place overall. 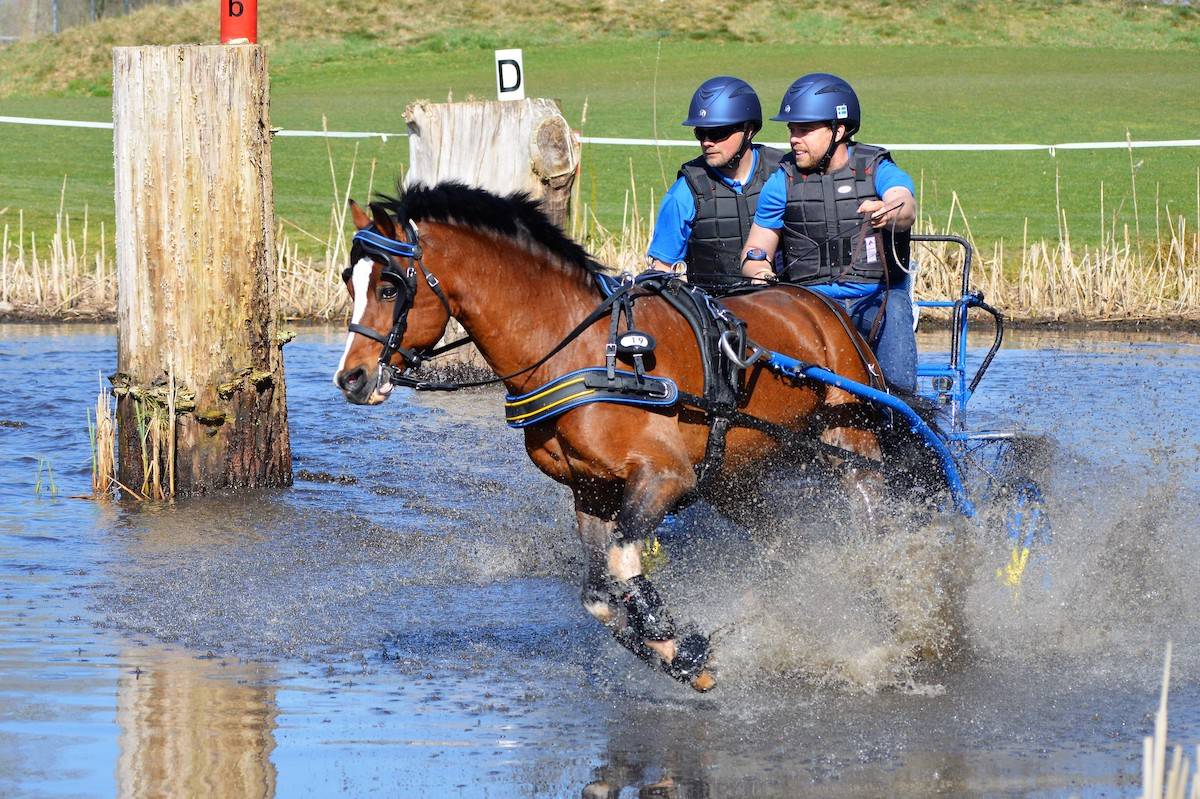 The first to start in the 3* single driving horses, the Frenchman Clement Deschamps, drove without faults and within the time. But then came the other participants with various balls and no one could make the time, except for Rudolf Pestman. With a shining faultless round, he held on to his second place and won the last part of the competition; the cones course. Saskia Siebers with her horse Axel had a lot of luck in two gates, but left everything up. She didn’t quite make the time, but she had the lowest total faults from all the participants in her division (the only one under 100 faults), and ended as the overall winner.

In the 2* pair driving horse division, to his own surprise, Wybe Kramer was the winner. “This was not something I thought would happen”, he laughed. This was the first International competition for Wybe. Saturday he won the marathon, and he was the best in the cones for his division as well, with 16,57 faults. He drove with two 16 year old Welsh E ponies. “I bought them when they were 10 years old. They are easy going, but nicely forward in the obstacles.” Even though that is his favorite part of the competition, he also drove for a good dressage test with lots of control. “I was happy with my dressage. The crazy thing is, in the marathon, I couldn’t steer as nicely as normal. It was hard work, and i felt like the obstacles were half indoor obstacles. Today in the cones, they went really well again.” The glowing winner also wants to compete in the International competition in Kronenburg. “And next year I will be here again in Exloo!”

In the para drivers Ingmar Venemen didn’t give up her lead. Rodinde Rutjens also held on tight to the winning spot and won the 3* pair driving ponies. With a winning cones course Marijke Hammink became the overall winner of the four-in-hand ponies.

In a few of the other divisions, things shifted a bit. In the 2* ponies cones course today, Larissa Reints was trumped by her rival Jorn van Olst. Jorn left all the balls on the cones, and with only 0,15 in time faults, won the competition. Larissa ended second overall.

In the 3* pair driving horses it rained faults. Anna Zaayer just had to survive it, because her grey became too strong. The Swiss driver Marx Lancelot and the Belgian driver Wim Heylen were very close. Heylen drove a 19,54 faults en scored the best cones result. But the Swiss driver was just behind him with 20,46 faults, and won the competition overall with a narrow margin (0,16).

Things shifted in the four-in-hand horses as well. Edwin van der Graaf drove the best cones course with 6,82 time faults. Class lieder ticked too many balls off (some 30 faults), and so Hans Heus ended up on the highest step of the podium as overall winner. 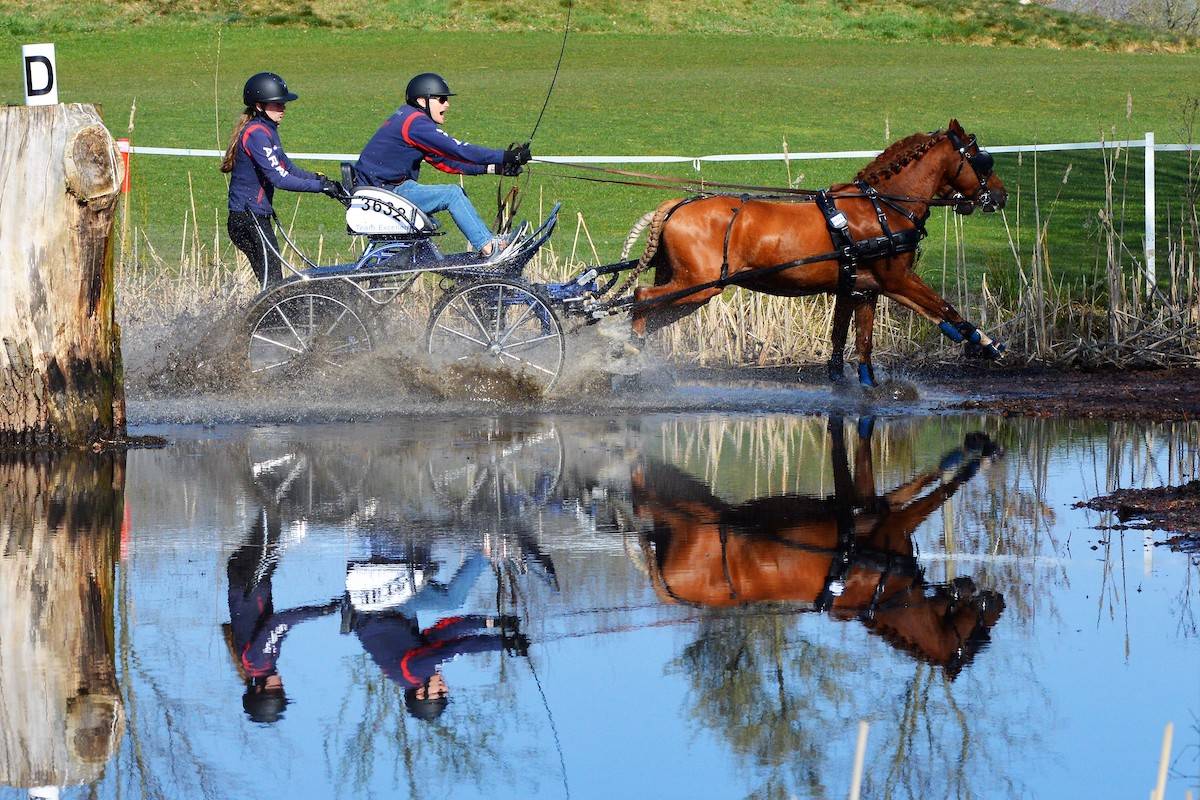