Living in Emsdetten, Germany, Bernhard Bücker had a substantial impact on the driving sport in his region. He was a steadfast figure behind the popular national and international competition in Hof Elfrich in Austum. He was not only the chair of the competition but also financially responsible for the event. Bernhard knew all of the top international drivers and they knew him. He was was a beloved figure among all drivers, someone who always had a word of support for an unexpected disappointment or a compliment for a good presentation.

Bernhard Bücker was himself a successful para-driver. In 2002 he became World Champion in Grade 2 at the World Championships in Greven-Bockhold and in 2004 and 2006 he was a member of the gold winning German team. In 2006 he also won the individual bronze medal.

A funeral in planned to take place on Friday December 7th in Emsdetten. Bernhard Bücker leaves behind a large hole, not only in the driving sport, but also for his family.

We extend the deepest condolences to his wife, children and grandchildren with this great loss. 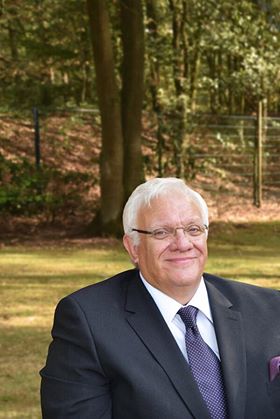