The Royal Windsor Horse Show returns to the private grounds of Windsor Castle from 9th – 13th May as the iconic Show celebrates its 75th year. 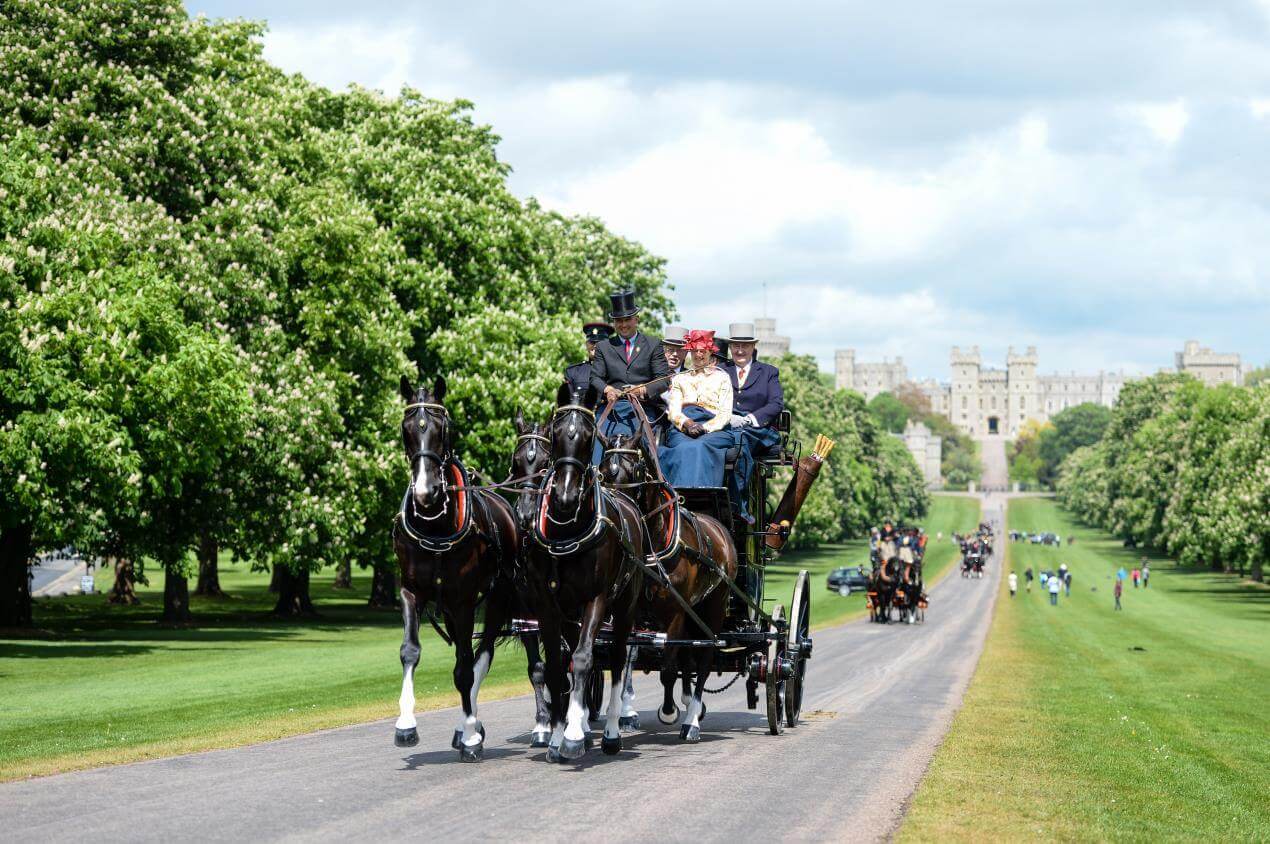 This renowned equestrian event was launched in 1943 to support ‘Wings for Victory’ – a war time campaign to raise money to purchase Hurricanes and Spitfires for the Royal Air Force. Since this first Show, the event has grown in international prestige to become the UK’s largest outdoor Show, with Her Majesty The Queen, the Show’s Patron, attending every year since its creation.

The original Show, which required competitors to hack to the Showground as there was no petrol to spare, took place on only one day.

One of the first competitors was HM The Queen who successfully competed in the Single Private Driving Class driving Hans, a Norwegian Pony, to victory in 1944. Other members of the Royal family have also competed including HRH The Prince of Wales, HRH The Princess Royal, Zara Phillips, and most notably, HRH The Duke of Edinburgh who introduced international carriage driving to the Show in 1972, in which he also competed (and won the Horse Teams class in 1982 with HM The Queen’s team of Bays).

At the event the Organisers are putting in place a series of displays and exhibitions both in and out of the arena to commemorate the 75th anniversary.