WEG Normandy: Chester Weber and Dutch Team on their way to gold

Chester Weber (USA) and the Dutch Driving Team have put a first step towards securing gold medals at the Alltech FEI World Equestrian Games™ 2014 in Normandy. Chester Weber won the dressage competition with a wonderful test, ahead of the reigning World Champion Boyd Exell (AUS). Reigning European Champion Theo Timmerman finished third, followed by his compatriots IJsbrand Chardon and Koos de Ronde, which puts the Orange team in the lead of the Nations competition.

Around 6000 spectators were able to enjoy the dressage tests of the 46 competitors from 17 nations, who entered the arena of the La Prairie racecourse in Caen city centre on Thursday and Friday for the first phase of the combined driving competition.
Four-times individual World Champion IJsbrand Chardon was the first starter on the first dressage day and became the overnight leader after 23 combinations, driving his team of KWPN-geldings.
Double World Champion Boyd Exell drove a very nice and solid test this morning, beating Chardon’ score with nearly seven points: “My horses were just right. I just had to sit quiet and let them do the job. The preparation was perfect.”

Boyd’s team of mixed black geldings included the 16-year-old Holsteiner Capone II, who’s son Mister is part of Theo Timmerman’s team.
Timmerman started off a little hesitant but grew in the test and showed true horsemanship. His right leader horse showed extremely well and secured high notes for his extensions: “I am very pleased with my horses, my wheeler horses were fantastic today. This four-in-hand is very experienced and lovely to drive, as soon as I enter the arena, they just do their job and are very easy to drive.”

Theo finished less than two penalty points behind Exell on the third place.

All eyes were set on the young father Chester Weber this afternoon. Weber’s wife My gave birth to a baby boy Douglas on 17th August. Chester, who has been undefeated with this team of horses the whole season, was very proud and happy: “I am very pleased with my horses, I could not ask for more from them today, they gave their all, they felt like they were dancing on clouds. I had a lot of confidence today. I dared to take a little risk just before my test. We changed the bit on one of the leader horses to make it perform even better and the plan played.”
With Timmerman, Chardon and De Ronde in position 3, 4 and 5 after dressage, the Dutch team is well in the lead of the nations competition, ahead of the United States of America and Hungary. 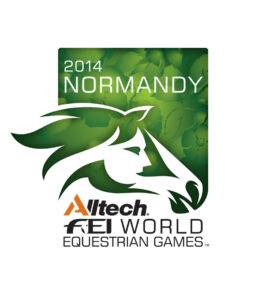