Host nation Germany has won the nations competition of the FEI World Combined Pony Driving Championships in Greven-Bockholt. German drivers also dominated the podium in the pony pairs class by claiming the golden, silver and bronze medal as well as the golden and silver medal in the four-in-hand class. 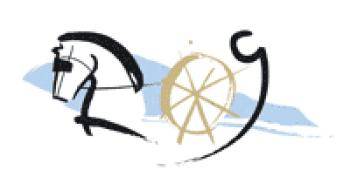 Melanie Becker (NED):
“I was very nervous, but I knew I had to concentrate. I was told to drive like the marathon so I did that. It was great to hear all the Dutch fans scream; it helped me a lot, also in the marathon yesterday. It is a pity that Arjo knocked balls down, I would have liked him to win as well.”

Daniel Schneiders (GER):
“It is a great feeling to become World Champion. I have always dreamed of winning the golden medal and I hope to be in the German team in the future to make a good contribution to the team result as well.”

Tobias Bücker (GER):
“My dream has come true to become World Champion. In the past World Championships there has always been something to prevent me from winning the individual gold with my four-in-hand and this time, everything was right. I drove for the team results, not for myself. After Steffen Brauchle drove a clear course and secured the team gold, I felt a little less pressure and could drive without making mistakes. Although I have reached my goal, I will stay loyal to the driving sport and will continue to compete with my ponies.”

In the final class of the FEI World Combined Pony Driving Championships in Greven, the four-in-hand class, Germany proofed to be the strongest again by winning another individual gold medal by Tobias Bücker and renewing their golden team medal.
Tobias Bücker won the dressage and kept his lead after the marathon. In the cones competition he stayed clear with only some time penalties and herewith secured his first golden World Championship medal in the four-in-hand class. Bücker won the double gold before in 2003 in Emsdetten, driving a single pony. Bücker’s compatriot and team member Steffen Brauchle also stayed clear and secured the team gold. Title defender Jan de Boer was on third place before the cones but knocked a ball down, which took Belgian driver Tinne Bax onto the podium with the bronze medal.

The golden medal in the pairs class went to another individual competitor: Daniel Schneiders from Germany. Schneiders drove a clear round and stayed ahead of his compatriots Stephan Koch (silver) and Steffen Abicht (bronze).
Schneiders came fourth in the dressage and second in the marathon and moved up to the first place in the standings before the cones. The pressure was taken a bit off his shoulders when both Koch and Abicht knocked two balls down, which gave Schneiders some air. Schneiders, an 28 year old farrier, drove his pair of German riding ponies clear through the difficult cones course and passed the finish line only a fraction of a second too late, which did not endanger his gold medal.

Dutch individual competitor, 17-year-old World Championship debutante Melanie Becker, won the golden medal in the pony single class. The silver medal went to German individual driver Franz-Josef Lehmkuhl; the bronze medal went to USA’s Suzy Stafford.
Becker drove a fantastic nearly double clear round and secured her third place of that moment. Suzy Stafford from the US knocked one cone down and had time penalties and this made Melanie climb to the second place. When Melanie’s compatriot Arjo van Kekem also had several knockdowns, it became clear that Melanie Becker was the new World Champion.