Combined Driver Chester Weber continued his winning streak at the prestigious Live Oak International Combined Driving event by driving away the winner of the Four-In-Hand FEI Horse Team. The world class qualifying competition draws top competitors to Ocala, Florida, each year, and is considered to be one of the premiere Combined Driving Events in North America. 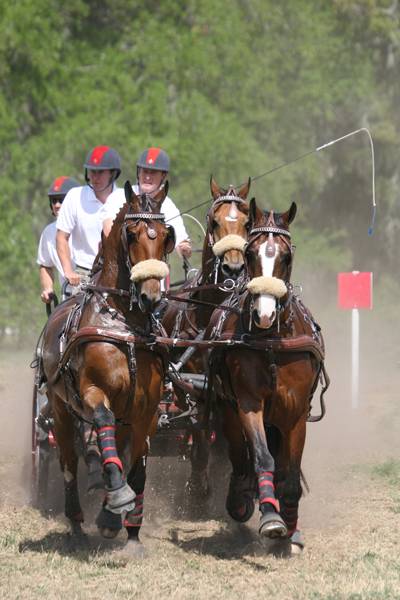 Weber, who has his sights set on qualifying for the 2010 World Equestrian Games in the Four-In-Hand division, won all three phases of the Live Oak competition: dressage, marathon and cones. “I am really pleased with this win because it is the biggest FEI show of the year in the US,” Weber said.

Weber’s team consisted of Reno W, Rolex W, Para, Senate and Boy W. Five year old Reno W, a new shining star on Team Weber, rose to the challenge of the difficult courses. Weber’s USEF Horse of the Year, Jamaica, took time off to give Reno W the chance to prove himself.

“Winning over the second place team by more than 30 points demonstrates my teams continued preparedness to compete at the top of the international level,” Weber said. “Moreover, using a five-year-old in the lead over the three days insures that team Weber’s depth continues to grow.”

The Live Oak competition served as a selection trial for the USEF and for the 2009 FEI World Driving Championships. For the first time in 17 years, the competition was captured on tape and will be broadcast to equestrian enthusiasts on HorseTV.

“It’s wonderful that fans will have the opportunity to watch the competition on HorseTV,” Weber said. “Live Oak is one of the best driving events in the country and fans will certainly enjoy the thrill of combined driving.” 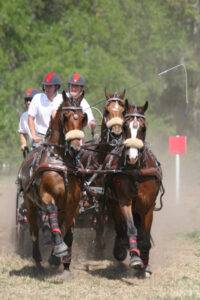