The five new European Champions were crowned at the close of a very exciting cones day, where only a couple of double clear rounds were driven in the Children's division. Germany once again won the team gold and took home a record three individual gold, four silver and two bronze medals. 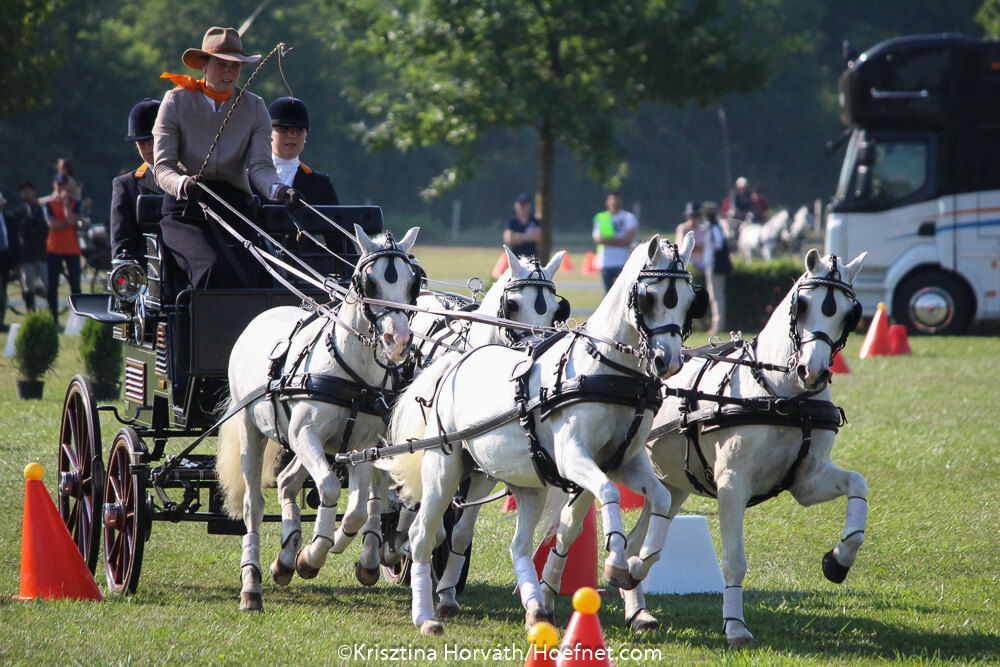 
In total seventy-seven competitors from eleven nations started at the fourth official FEI European Championship for Children (U14), Juniors (U18) and Young Drivers (U21). Host Vilmos Jámbor and his team did everything in their power to make the event both a celebration of the sport and fun for the drivers. In addition to the competition itself, there were a number of extra activities organized for the young competitors and their teams, resulting in a fabulous atmosphere. The summer temperatures in Kisbér-Ászár and the gorgeous courses designed by British level 4 course designer Barry Hunter also added to the success of this event. 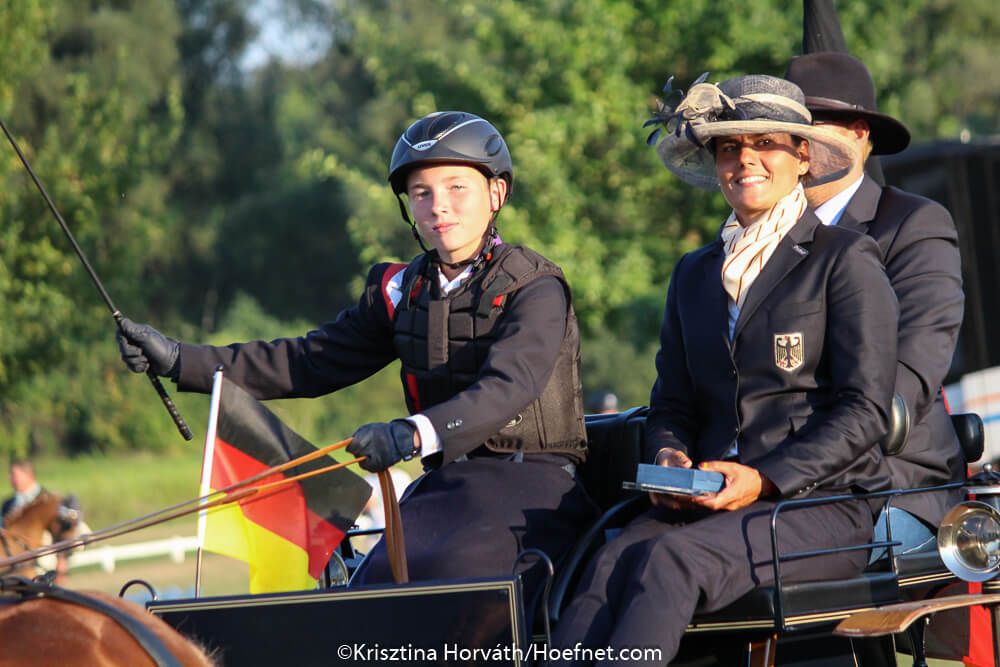 The 13 year-old son of international four-in-hand driver Tobias Bücker, Tom, started his road to gold by winning the dressage. With his pony Joldis Guiseppe he held onto his lead after the marathon and with a beautiful double clear round, finished off the competition in style. His teammate Lea Voskort celebrated her 12th birthday on Saturday and thanks to her third place in the dressage and second place in the marathon, clinched the individual silver medal with her 15 year-old pony Filou. The bronze medal went to France in this division. 13 year-old Kilian Lenormand moved up a position after driving a solid cones, earning him a place on the podium. 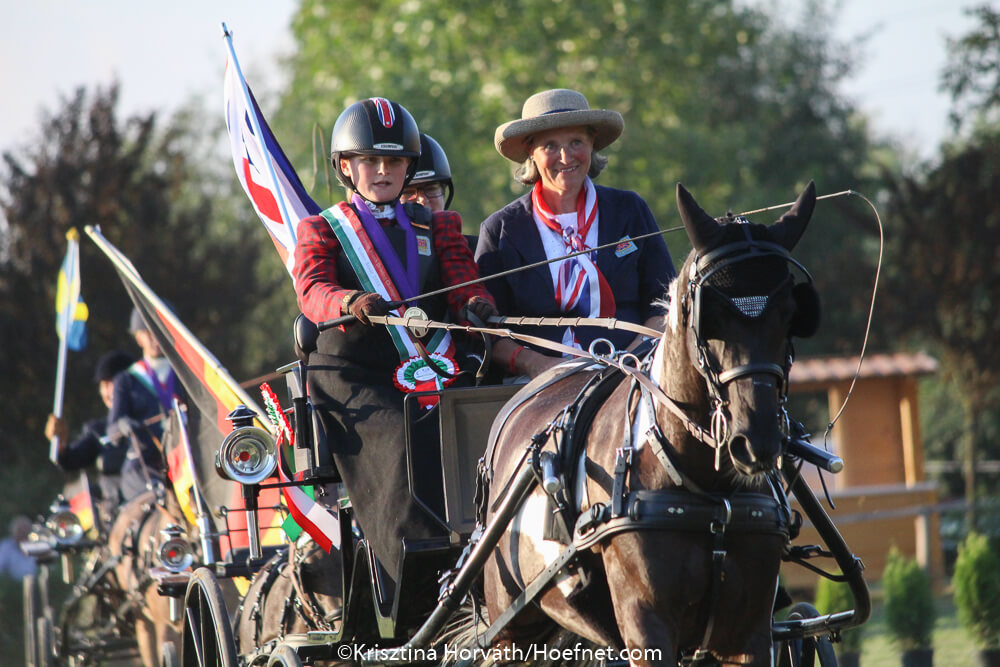 The Brit Colette Holdsworth won the bronze medal in the Children’s division in Schildau two years ago, and in Kisbér-Ászár the now 16 year-old driver upped the ante to claim the gold medal in the Junior division. With her 10 year-old pony Pepper she won the marathon and maintained her placing until the end, even despite having a few faults in the cones. The silver and bronze medals both went to Germany with Nea-Renee Bonneß and Lisa Maria Tischer rounding out the podium of this large division.

In the Junior pair pony division there were only three competitors, but that didn’t make it easy for German Lea Schröder. After her teammate Amelie Müller won the dressage, 14 year-old Schröder won the marathon, cones and the gold medal with her German riding ponies Penny and Puenktchen. Silver went to Amelie Müller and Hungarian Richard Aszódi won bronze. 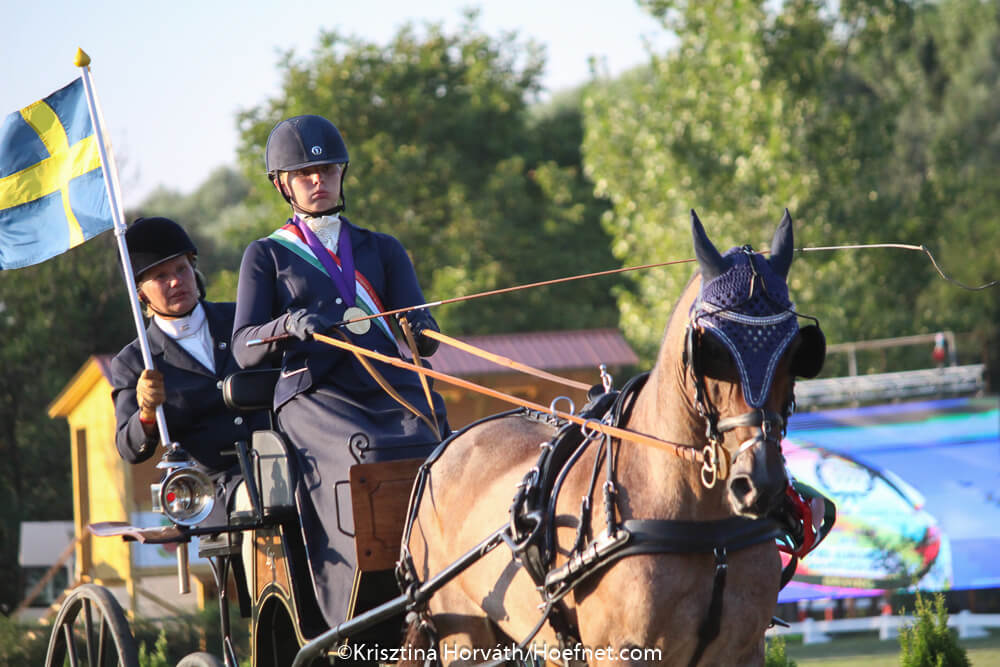 19 year-old Linnea Kristiansen won the bronze medal two years ago in Schildau and this year the young Swedish driver went home with the gold. With her 17 year-old pony Plassens Lucky Luke, with whom Kristiansen represented Sweden at the Pony World Driving Championships in Minden as an individual driver, the multiple-time Swedish Champion won the dressage and was fourth in the marathon. Marathon winner Severin Baldauf from Austria claimed the silver medal and bronze went to the experienced driver Dávid Palkovics for Hungary. Palkovics also won bronze at the last European Championship and has taken part in a number of World Championships with his four-in-hand of ponies. 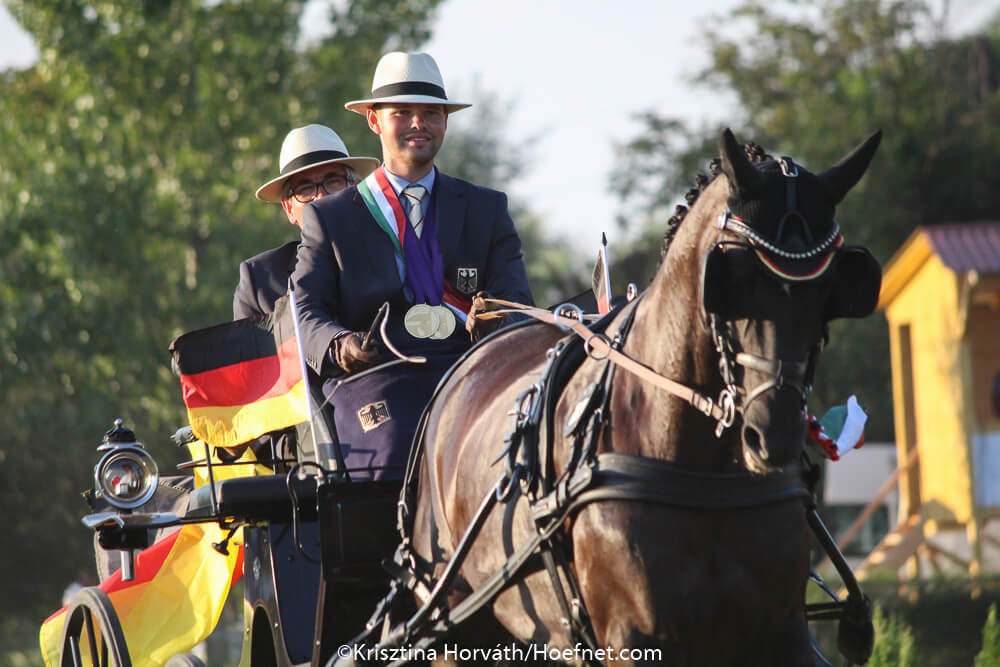 The German flag flew over the entire podium for the Young Driver single horse division. At the last minute Fokko Strassner and Marie Tischer exchanged medal placings after Tischer noted just a few too many faults in the cones. In their very first FEI Championship, German youth champion Strassner and his 9 year-old Hannoverian Stradivari 30 won the gold. In 2017 Tischer won the gold medal with her Fortino at the World Championships for Young Horses in Mezöhegyes in the 6 year-old horse division. This year in Kisbér-Ászár they won the dressage and maintained their lead even after the marathon; one unlucky ball and too many time faults knocked the 19 year-old down to silver, which she also won in 2016. The bronze went to Esther Maria Rietzler, who with a third place finish in the dressage and second place in the marathon had a consistent performance with her 14 year-old Haflinger Amoroso 31.

Ten nations competed against each other for team medals and Germany once again claimed the gold. Host nation Hungary won silver and bronze went to France.

In September 2019 Kisbér-Ászár will once again host an FEI Championship. The single, pair and four-in-hand ponies will travel to Hungary to take part in the World Driving Championship for Pony Drivers.

Click here for the photos from the cones and prize giving. 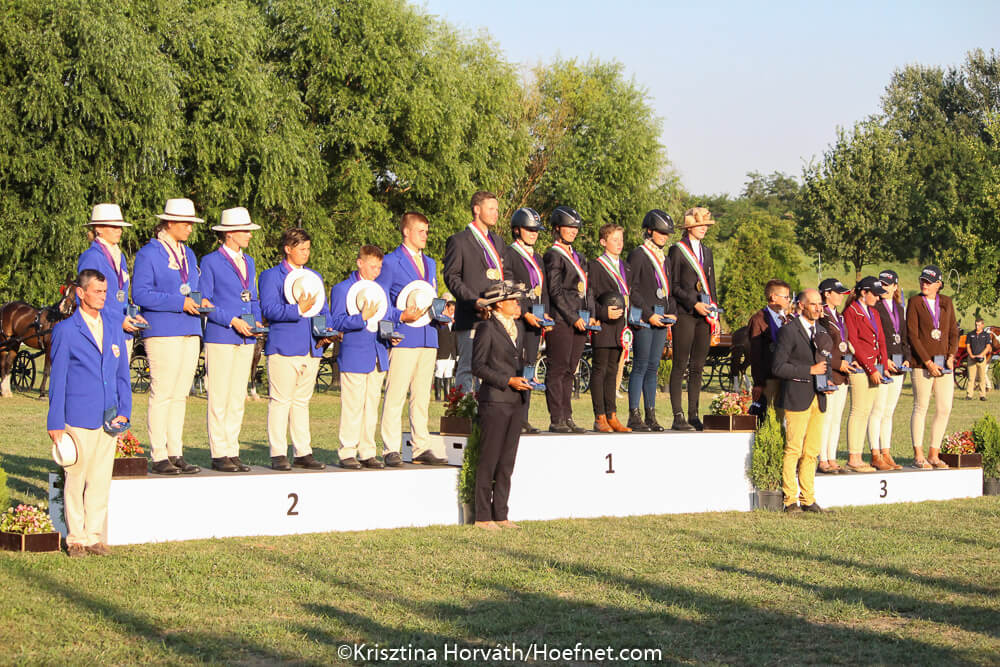 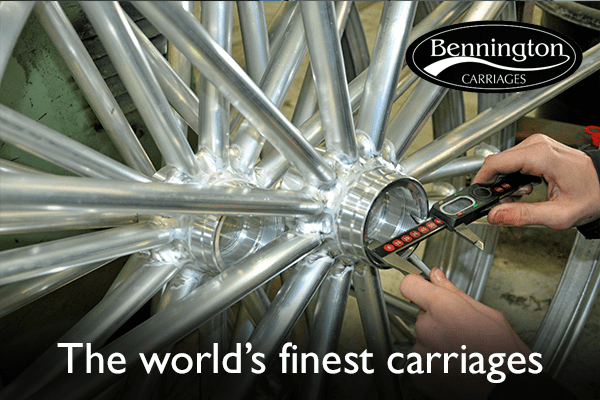 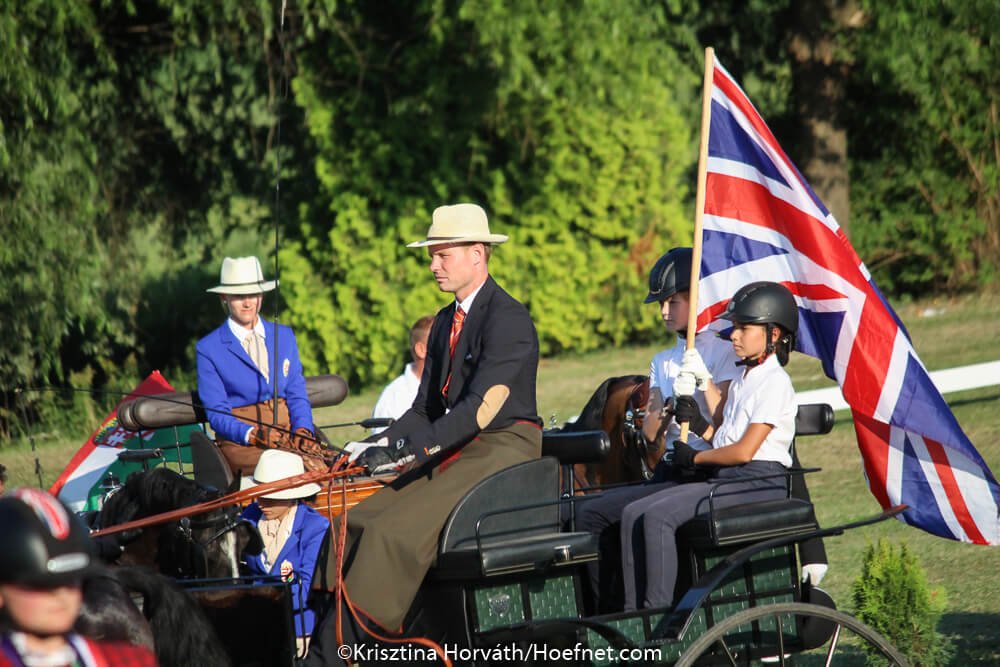