Wim Heylen and Michael Brauchle on the sidelines

Both Belgian pair driver Wim Heylen and German four-in-hand driver Michael Brauchle had the unfortunate luck this past weekend of having accidents at Driving Valkenswaard International. Heylen’s accident happened in obstacle 3 where he had the extra bad luck of his carriage falling on his leg. Brauchle’s accident happened in obstacle 1. In both instances the emergency response teams were immediately present and the horses were uninjured.

According to Wim Heylen “The obstacle was going very fast and I was planning on driving up the embankment slightly to take gate F. I wanted to stay as close to the gate as possible, but drove too high – my groom was not able to correct himself and we ended up flipping over.”
Wim was taken to the hospital in Overpelt where he underwent surgery for a broken ankle. If everything goes well he should be able to return home next week, but will spend the next six months revalidating. This means the end of the driving season for Wim, and even though this is a disappointment, the sympathetic driver was moved by the number of messages and telephone calls he received from his driving colleagues and the organizers of DVI. 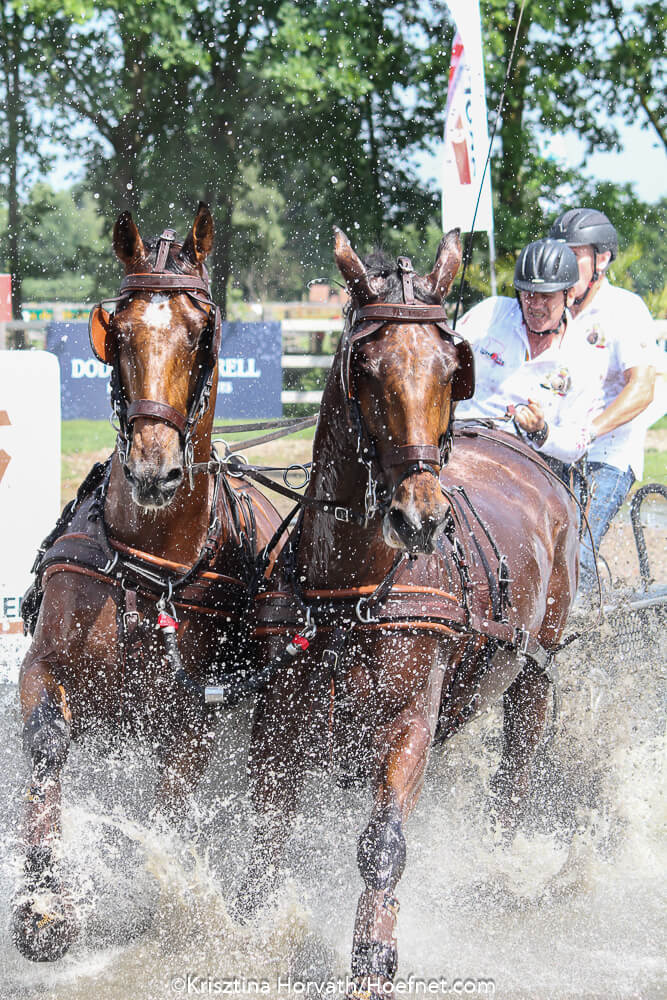 “It was my fault,” tells Michael Brauchle. I turned my horses too quickly into a gate and that was the cause of the accident. I can’t blame anyone but myself.”

Brauchle is still waiting for a definite diagnosis, but after the first round of x-rays there is definitely a break in his foot. He is currently waiting on an MRI scan to give more specific results. For now Brauchle has to keep his leg elevated and he will be out of the running for four to six weeks. “My horses will go in the walker every day and hopefully won’t lose too much condition. At this point there isn’t much else I can do.”

Michael Brauchle and the German team are hoping for a quick recovery as the 2015 European Champion will want to be fit at the start of the European Championships this August in Donaueschingen. 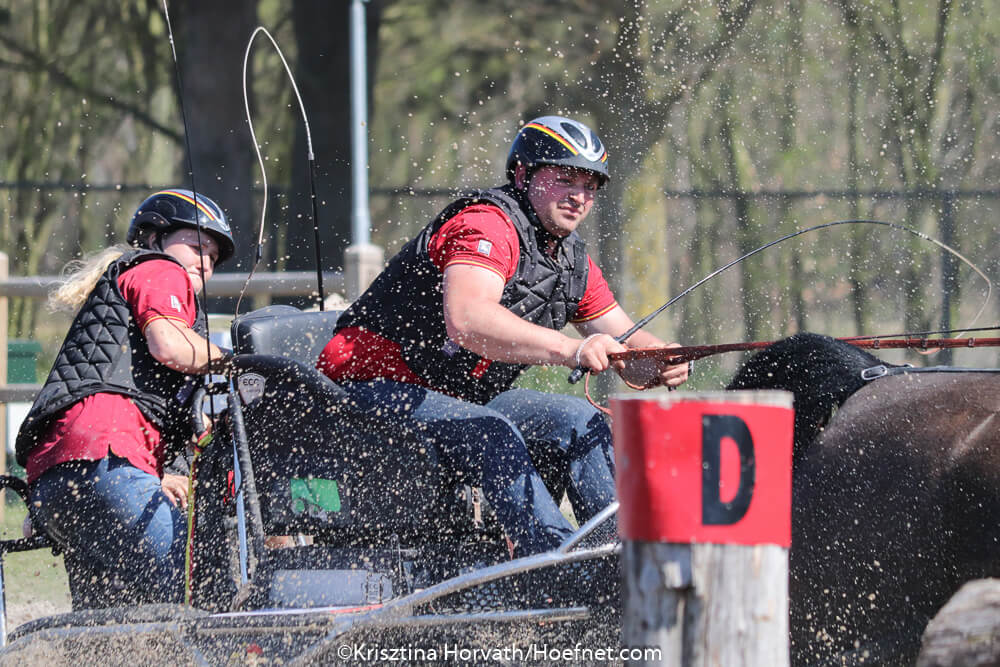